“Tactical media are media of crisis, criticism and opposition. This is both the source of their power, (“anger is an energy : John Lydon), and also their limitation. Their typical heroes [and heroine_s!][1] are; the activist, Nomadic media warriors, the pranxter, the hacker, the street rapper, the camcorder kamikaze, they are the happy negatives, always in search of an enemy.” (Garcia & Lovink, 1997)

Sometimes these texts sounded to me like esoteric ‘bibles’, all quoting the same authors. Firstly Michel de Certeau, then Geert Lovink and the ‘stars’ of the scene: activist artist-collectives like autonome a.f.r.i.k.a. gruppe, Ubermorgen, Critical Art Ensemble, ®™ark, and The Yes Men – all of which could be described as coming from the Situationist movement and communication guerrilla.

Nevertheless, I find Tactical Media to be a compelling practice because of the space that it opens, both online and offline, for subversive and aesthetic actions. The discussion here is not about whether offline-activism is safer than online-activism, or if ICTs are over fetishized (such as the so called Facebook or Twitter revolutions, or ICT4D) – there is already a conscious understanding of these issues in the literature. The strength of Tactical Media is that it doesn’t strive to be perfect, high-tech, or efficient; but accepts its place as a provisional medium, celebrating its flexibility to jump from online to offline space, from one tool to another, from one topic to another. Even the old controversy between arts and politics seems to disperse, leading us to a deterritorialization (Deleuze & Guattari, 1980) of thought, space, and agency.

The literature is not focused so much on whether the ‘media is the message’ or whether it is a ‘mere’ organizational tool; Rather, it discusses Tactical Media as a habitual art-term, as the material with which the non-traditional art/activist collectives work. The difference between Tactical Media and more traditional revolutionary strategies is that, in the sense of de Certeau, the tactics cannot be applied from an imagined_ outside, but acknowledge that, after Theodor W. Adorno, there is no outside in a (capitalist) society – “There is no right life in a false one.” (1951: 42)[4]

In the context of (new) media activism, Tactical Media operates in online and offline space, as well as the interface between the two. The star of Tactical Media is the person/collective, the activist – the “cyborg” (Haraway, 1991) – who tries to beat the enemy at their own game, with their own weapons. The culture jamming and cloning of corporate webpages, or The Yes Men’s impersonation of a Dow Chemical spokesman on the BBC (Bhopal Disaster, n.d.) are perfect examples. 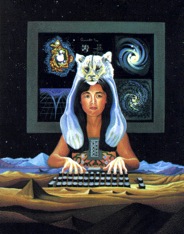 “Tactical Media are never perfect, always in becoming, performative and pragmatic, involved in a continual process of questioning the premises of the channels they work with. This requires the confidence that the content can survive intact as it travels from interface to interface. But we must never forget that hybrid media has its opposite nemesis, the MedialenGesamtkunstwerk. The final program for the electronic Bauhaus.” (Garcia & Lovink, 1997)

In these discussions of Tactical Media, it seems, there are no answers, but only more questions and open ends_

[2] I find it amazing that even though the mimicry tactics of the cover of Rita Raley’s book are obvious, I am still disappointed that I cannot click and see a film. Image from: http://www.upress.umn.edu/book-division/books/tactical-media

[3] In this case, I continually associated “TM” with Transcendental Meditation, which is nowadays an esoteric trademark (TM!) itself. Furthermore, practitioners or theorizers of TM (Transcendental Meditation) repeat the same words and phrases to promote the positive impacts of TM – something that I find to be true in the literature about Tactical Media as well.

[4] “Es gibt kein richtiges Leben im falschen.” Translated from the German by the author in preference of the more common translation: “There is no way of living a false life correctly”.