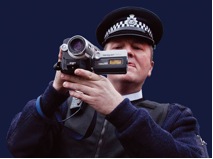 In recent years there has been an overwhelmingly enthusiastic response among academics to the new possibilities that the tools of New Media have opened up for activists around the world. Whether we’re talking about New Media as a tool for organizing offline actions, such as flash mobs, or as a new space for actions to take place, such as in the case of Tactical Media interventions, it is undeniable that “With the technological revolution in networks and the internet, collective action just got a whole lot easier.” (Aitchison & Peters, 2011: 48)

The growing body of literature surrounding New Media activism, however, also acknowledges that with these new possibilities come new risks. Columbus reminds us that “Although the Internet allows activists greater access to the tools of mass communication and coordination, it does not protect them from persecution.” (2010: 165), while other “…observers have noted that the very same technologies which give voice to democratic activists living under authoritarian rule can also be harnessed by their oppressors.” (Deibert & Rohozinski, 2010: 43)

This section begins with a brief overview of the body of literature surrounding the online surveillance and persecution of New Media activists, and continues with a discussion of some of the tools and tactics that New Media activists have developed in response to this repression.

With reference to the arrests of Egyptian protestors in 2008, Scholz warns that “In particularly repressive societies, Facebook groups are the wrong place to organize political protest…” (2010: 28), and that “While effective for ad hoc mobilization, public displays of political opinion on the social Web allow police or a secret service to readily map networks of dissent and to shut them down.” (2010: 29) The danger faced by New Media activists under authoritarian rule is fairly well documented, such as Columbus’ discussion of the political persecution of Iranian bloggers (2010), and Lovink & Zehle’s reference to incommunicado[1] journalists and media activists who all-too-frequently face torture, executions and ‘disappearances’ (2005: 3). Since 9/11, however, many liberal democratic states around the world have adopted legislation that “…paves the way for a far more permissive environment for electronic surveillance…” (Deibert, 2008: 151), and the online surveillance of activist communities as a way of policing social movements and stifling political protest is a growing concern for activists under traditionally repressive regimes and in Western democracies alike.[2]

An emerging response to these issues is the involvement of New Media activists in what Deibert calls the ‘Internet protection movement’ (2008) – a transnational social movement aiming to “uphold the Internet as a forum of free expression and access to information” (2008: 155).

Both Deibert (2008) and Hintz (2007) have written about the United Nations’ effort to create international policy on Internet governance through the World Summit of the Information Society and the Internet Governance Forum. While both authors acknowledge that activists and other civil society media groups have been recognized as stakeholders in the process, Deibert in particular claims that the inclusion of activist voices has had an ambiguous effect on the outcomes (2008: 362).

According to Deibert, the area of the Internet protection movement where the efforts of New Media activists can “be most tangibly felt is in building code, software, and other tools explicitly designed from an Internet protection perspective.” (2008: 157) Deibert (2008) and Scholz (2010) point to tools such as ‘Tor’, which can anonymize users “Web browsing, publishing, and instant messaging” (Scholz, 2008: 361)[3], and open source social media alternatives, such as Crabgrass[4] and the forthcoming platform Diaspora[5], as real solutions to the online privacy of activists.  Concerns have been raised about the sustainability and reach of such alternatives (Diebert, 2008), but the overall reaction from academics and activists has been one of great optimism.

Non-Hierarchy and The Open-Sourcing of Activism

There has also recently been some interesting discussion of how the use of New Media as an organizational tool is transforming the very structure of activist networks. Castells notes that new communication technologies are allowing many activists in the movement against corporate globalization to put their anarchist ideals of non-hierarchy and self-management into organizational practice on a larger scale than ever before (2009), and Aitchison & Peters argue that this non-hierarchical and amorphous nature of networked activism “may be its strength.” (2011: 60) Columbus, observing that “Authorities do not readily understand nonhierarchical forms of organization” (2010: 173), writes that “Because social media-powered activism does not need strong hierarchies, governments often have trouble finding a campaign’s leaders…” (Columbus, 2010: 172). By facilitating mass movements in claiming collective organizational responsibility for protests, the use of New Media is affording both online and offline activists greater protection from individual persecution.

[2] Interestingly, a discussion of the repressive surveillance of Western activists seems to be missing from the academic debate. The democratic right to protest is such a strong part of our collective identity in the Western world, that the very idea of the repression of political activists in places such as Scandinavia, Canada, and the United Kingdom, is almost unthinkable. It is possible that the absence of this discussion is due to the fact that it has simply not occurred to Western, English speaking academics that the repression of activists in Western democracies is a phenomenon that needs to be studied. On the other hand, it is much easier for academics to criticize the repressive governments and police forces of “others” than it is for us to speak out against our own leaders. Whatever the reason for this silence, anecdotal evidence surfacing from convergences such as the COP15 protests in Copenhagen in 2009, and the G8/G20 protests in Toronto in 2010, suggests that this is an area that desperately needs to be researched.

[3] Columbus goes so far as to say that anonymity is “the principle way online activists avoid persecution.” (2010: 176)