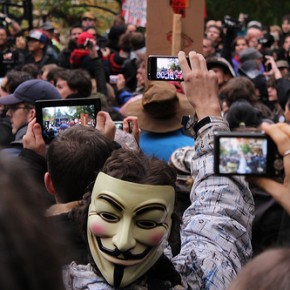 Of course, we also have to consider the digital divide, i.e, the fact that the majority of population mostly in underdeveloped and developing countries has no access to internet to date, which is considered for many an overwhelming and contemporary mode of social exclusion. However, this is a highly controversial topic within development field. Some scholars as Nederveen Pieterse (in Lovink & Zehle, 2005, p. 11) criticize the emphasis on Internet to bridge social apartheid. He states that “less emphasis on Internet and more on telephone, radio and television would normalize and ground the discussion [ICT4D].”

This entry was posted on Sunday, October 28th, 2012 at 02:34 and is filed under New Media. You can follow any comments to this entry through the RSS 2.0 feed. You can leave a comment, or trackback from your own site.