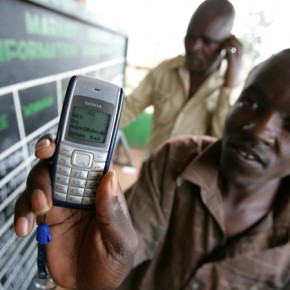 The easiest way to define new media is to claim that new media is everything that is not traditional, or by other words, old media. New media then become media associated with post-millennial technology and communication.

However, this definition feels very over-simplistic and perhaps it is easier to define new media by the features that it embodies, the most important one for the reflections that are to follow is its possibilities to be interactive.

New media, in our opinion, hence turns the spectator into a spect-actor. This is something that Lievrouw also seems to land in. She writes that new media is media that “provides conditions for participation” (Lievrouw, 2011, p.3).

With, for example, the expansion of, and the wider use of, the world wide web, the distance between gaining information of something you find is wrong and acting/partaking to prevent the wrongdoing from continuing has lessened (Lievrouw, 2011, p.14).

To relate this to the wider use of internet it is also interesting to note, as Chun does referring to a verdict from a judge from the District Court for the Eastern District of Pennsylvania on the Characteristics of Internet Communication and the four key features of the Internet that make it participatory: “First, the Internet presents very low barriers to entry. Second, these barriers to entry are identical for both speakers and listeners. Third, as a result of these low barriers, astoundingly diverse content is available on the Internet. Fourth, the Internet provides significant access to all who wish to speak in the medium, and even creates a relative parity among speakers” (Chun, 2006, p.114).

Of course, we also have to consider the digital divide, i.e, the fact that the majority of population mostly in underdeveloped and developing countries has no access to internet to date, which is considered for many an overwhelming and contemporary mode of social exclusion.

However, this is a highly controversial topic within development field. Some scholars as Nederveen Pieterse (in Lovink & Zehle, 2005, p. 11) criticize the emphasis on Internet to bridge social apartheid. He states that “less emphasis on Internet and more on telephone, radio and television would normalize and ground the discussion [ICT4D].”

Back to the difference between new and old media, another important point to mention is the idea of accessing and storing information. “Whereas television offered information that disappeared on contact, the Internet erased the difference between viewing and storing information. The Internet made media content concrete, savable, and exchangeable. Whereas television is organized around time, the Internet is paradoxically organized around space and memory” (Chun, 2006, p.48).