Who’s got the power? 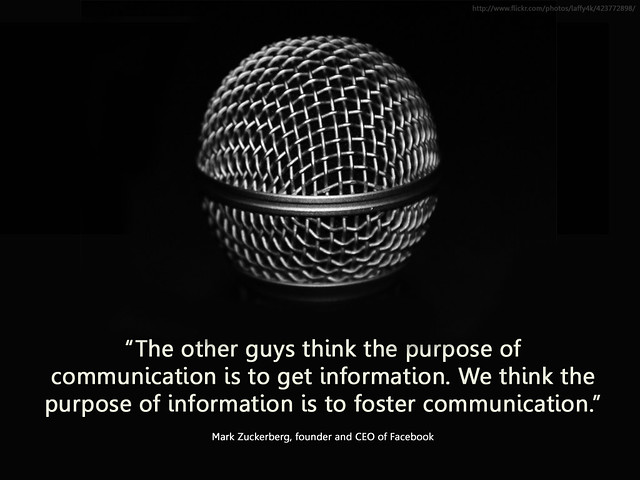 The ability to frame and choose issues is one of the ways media uses power (Howley 2005: 23-25). This type of power is usually affiliated with commercialized media dominated by market and corporate interests or with public media and its nation-building and civilicizing mission. On the other hand, community media is described as independent civil society-based media providing communities information and access to voice, facilitating debate and knowledge sharing and giving input into public decisionmaking (Buckley 2011: 7). This definition of community media sounds almost too good to be true – but is it the full picture?

Community media particularly in developing countries are largely dependent on external funding. What kind of limitations does Western donor-funding pose on the content of the programmes in community radio, for example? It seems unlikely that community radios would be allowed to air programmes on something completely opposed to the donor’s values, such as defending gender discrimination.

Yet, offering voice to diverse groups of people is a core aspect of truly democratic community media. Ellie Rennie highlights this viewpoint: ”Our theories of community media need to begin from its reality; a reality that involves ordinary folk producing all kinds of stuff, some of which may be hard to even recognise as democratic.” (Rennie 2006: 186). She continues that community media is unpredictable and can be used for various purposes, both good and bad, but the key word is representation. Invisible or marginalized groups overlooked or patronized by the mainstream media such as disabled people or HIV positive people have a space in the community media to represent themselves and to state their personal stories and concerns. (Rennie 2006: 187.)

How much participation is enough?

Participation is a central feature of community media as written by Lisa Hanson in her blog post. Alfonso Gumucio-Dagron lists other conditions for community media in his presentation (2004), such as language and cultural pertinence and development of local contents.

Can representation of different local voices and listening to the needs of the audience be enough to constitute a ”community media”? Tanzanian multimedia edutainment initiative Femina HIP, launched in 1999, has grown to one of the best known media especially in its target group, young Tanzanians. The plethora of Femina products includes magazines (Fema and Si Mchezo!), reality television show (Ruka juu), discussion programmes (FEMA TV show) and interactive websites (www.chezasalama.com). These initiatives can hardly be described as small-scale local community media anymore. The distribution of Si Mchezo! magazine alone is 175.000 copies throughout Tanzanian schools and organizations. (Bagger 2011.)

Minou Fuglesang describes the way in which Femina does its community-based editorial collection. Si Mchezo! magazine editors travel to rural areas to collect stories on their digital cameras and laptops. One of the regular magazine features, photo-novels are composed of ordinary people acting and posing in photographs. Local organizations and key individuals assist in recommending issues or people to contact and give constant feedback on the magazine. (Fuglesang 2005: 393.)

The latest product of the Femina family, Ruka juu, is a professional-looking reality television show focused on entrepreneurship. The show stars real local entrepreneurs out of which audience can vote their favourites through SMS and participate in different competitions. The only difference between Ruka Juu and regular reality television shows is its educational dimension: the show has a clear objective of educating youth on entrepreneurship as well as on responsible health behaviour.

Today it seems almost like community media has been a forerunner to the participatory  mainstream media. Nowadays people can comment on journalists’ articles, vote for their favourites in reality television shows, post their own photos to many large newspapers and upload their videos online where those videos and images can be used by major television channels…some newspapers are even rewarding and publishing best photos or videos of citizen-journalists.

Is it participatory enough to be able to influence the choice of topics, to respond and interact? Or does “real” community media imply that people themselves are also managers, creators and communicators of the content? What do you think?

This entry was posted in Uncategorized and tagged donor-dependency, Femina, participation, representation, Tanzania. Bookmark the permalink.

2 Responses to Who’s got the power?