Posted on March 17, 2013 by Barbara Hauer-Nussbaumer

With this short video we want to present our blog – it’s supposed to offer a short introduction to the approach to Community Media our group focussed on and to explain why we designed the blog the way we did. The video is meant to support the blog’s   presentation  in the Research Methodology Seminar on the 6th of April 2013. On of us will be physically present at the seminar, the rest of us will be present online – looking forward to a lively discussion in the chat.

Posted in This blog and other cool content | 2 Comments

The category ‘the written word’ deals with traditional paper format newspaper (we feature ‘Street Feat,’) leaving aside ‘new media activism’ and ‘social media’ as other, more modern formats for the written word. Interestingly, it can be perceived that new media are offering a new format and new possibilities for community media. In fact, the very definition of a community is increasingly transnational. So, maybe the internet, blogs, social media etc. are the “new” community media? …Or do we still need paper for some things?

Watch this video and let us know what you think. 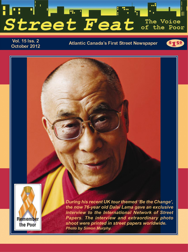 An Economist cover story in 2006 reads: “Who Killed the Newspaper?” The feature lists various reasons including of course, “the Internet” (Lievrouw, 2011: 122). As Lovink and Zehle claim, traditional means of producing “communication” – and even more so, of traditional “mass communication” by broadcast, printed news­papers and the like – have been profoundly changed. (Lovink & Zehle 2005: 135)

So, how do we frame this new, emergent situation for journalism and the press in the context of the internet and social media? END_OF_DOCUMENT_TOKEN_TO_BE_REPLACED

Posted on March 17, 2013 by Barbara Hauer-Nussbaumer

This video, broadcasted by Cape Town Community TV offers a very good overview on aspects of media freedom and the free flow of information in South Africa but most probably, what is presented applies to most other countries as well. The main question it centers on is how community media initiatives can be sustainable, given the wide variety of constraints and obstacles they are facing, with funding and licensing being only some of the many. The video shows how South African community media initiatives struggle in order to free our minds through free media, or was it the other way round…?

Posted on March 8, 2013 by Benjamin Omagbemi 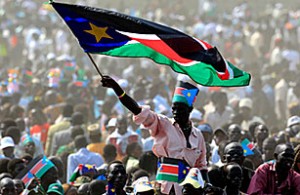 Grassroot media as defined by Paul Riismandel of Mediageek, is focused more specifically on media making by and for the local community that it serves making the discussion more narrow and precise (Rennie  2006, p. 26).

According to Martinez-Frias a third of the world’s population has never made a phone call. This fact emphasized what has become known as the digital divide – the tremendous gap between people with access to information technology (IT) and those without (Martinez-Frias 2003) Oscar Hemer and  Thomas Tufte(2005). Media & Glocal change p. 428. END_OF_DOCUMENT_TOKEN_TO_BE_REPLACED

Posted on March 5, 2013 by Barbara Hauer-Nussbaumer 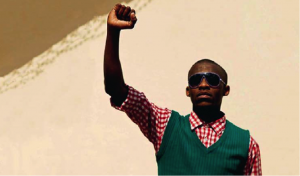 Kenya‘s urban youth speaks sheng, a patois that mainly derives from Swahili and English. It originated in the 1950s in the Eastlands of Nairobi, an area known for its ghetto and slum neighborhoods.

Nairobi‘s Eastlands are also the origin of Ghetto Radio, the commercialized version of a community radio (how it calls itself) that started transmitting in 2008 on 89,5 FM. Already in 2011, Ghetto Radio had a 9% market share amongst Nairobi‘s youth (15-24 years) – and they transmit mainly in Sheng, using the power of language to systematically address Ghetto Radio‘s main target group – Nairobi‘s marginalized, under- and mis-represented youth (as is African urban youth in general).

“Africa needs to express itself. The youth of Africa simply needs to get a voice. And radio will be our weapon.” END_OF_DOCUMENT_TOKEN_TO_BE_REPLACED

What has happened to communication?

Posted on February 16, 2013 by Barbara Hauer-Nussbaumer

If you want to spend five minutes to understand what has happened in the field of communication, why it has become so time-consuming and why it isn’t sufficient anymore to read the newspaper, listen to the radio and watch some television in order to say updated, then this is the right video to watch.

What does that mean for community media? What is the right channel to use nowadays for communities to make their voices heard and preventing them from getting get lost in the communication jungle? Let us now your opinion!