Participatory Journalism practices in the Media and Civil Society 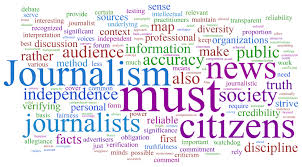 Nowadays the use of the Facebook is more than a photo album or a site where we can share social events, as we have seen Facebook is a tool for communication. Is a channel where people can share news and even more, they can comment and create news.

But the use of technology ICT is more common when it comes to represent an alternative way to participatory journalism. This tool, which in many cases is use by amateurs, has become a focal point to participation and production of news “online”.

“Citizen journalism has been defined as –People without professional journalism training (using) the tools of modern technologies”  (Lievrouw, 2011).  Now the question is..How serious are these channels?  Are we becoming journalists just because we publish a new, we write our ideas?

Everyone has a story, but not everyone wants to be a journalist or a revolutionary.  What we are seeing are citizens that are playing an active role in the society.  Participatory journalism is an interactive action, where unorganized people become an activist in many ways.

The contribution of this new trend is that through participatory journalism the concepts and characteristics of traditional journalism are changing.  Agents of change are making their participation visible to the world, participatory democracy is getting a new concept and it started being supported by professional journalists and formal media.

This change in the perception of what is participatory journalism has been the focal point of many critics.  “Traditional press still has an indispensable role to play as the key gatekeeper, agenda-setter and mediator between the people and their governments and other powerful institutions”. (Lievrouw, 2011).

Traditional press has shown a gap between private and public interests where the manipulation of the information has been proved.  What participatory journalism wants to prove is that there is always one new, but many ways to cover it.