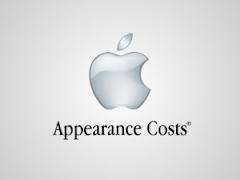 The term “cultural jamming” was first used in 1984 by the collage band Negativland to describe billboard alteration and other forms of media sabotage (Dery 2010). Culture jamming is defined as “the manipulation of the mass media by artists and activists. The intent, in most cases, is to criticize the media’s manipulation of reality, lampoons consumerism, or question corporate power” (“Fontana Dictionary of Modern Thought,” 2000). Culture jamming can be analyzed as an instance of political activism and a social movement, depending from the thematic structure of culture, place and identity.

According to Dery, culture jammers are united by the shared experience of media and consumer culture, by a struggle for a ‘radically pluralistic society’, and by true freedom of expression.

Culture jamming can be form of political protest. Internet and specifically Facebook, Twitter and You Tube are the most used tools of social media, however these social networks jammers can send different reviews in communicating messages to organize the protests.

One example for using Facebook and Twitter was in Iranian election protests in June in 2009. Protestants were fighting against victory of Iranian President Mahmoud Ahmadinejad on Iranian presidential election. Protestants were supporting opposition candidates Mir-Hossein Mousavi and Mehdi Karroubi. The protests were in response to the official election result of the incumbent conservative prime minister re-election.

Iran has one of the most extensive Internet  systems in the world and is marked by aggressive online censorship policies.  Iran’s government has shut down access to Facebook in the run-up to the country’s elections in June. Internet surfers in Iran claim that the site was banned because supporters of Mir Hossein Mousavi were using Facebook to disseminate the candidate’s positions (Iran blocks Facebook,” 2009). Facebook was used by protestants and activists to organize big and massive political street protest. Also, Iranian government blocked some news websites and mobile phone services including text messaging.

New Media Activism and cultural jamming represents the practice of struggling for change and can be fueled by reactionary tendencies and aims, as well as progressive (Cammaerts, B. and Carpentier, N. 2007:217). Social networks can be very useful and powerful tools for social and cultural movement and progress.