The internet and more specifically online social media have been, in recent years, increasingly held up as the world’s great leveller, allowing people to gain access to information, communicate, participate and discuss in ways and on a scale that had hitherto never been thought possible. We often hear commentators speak of geographical and socio-economic lines being crossed, new and diverse relationships and communities being formed, and even political and civic empowerment being felt by those who otherwise live their lives as marginalised members of their society, all through social media. As Ananda Mitra and Tamara Witschge put it ‘The Internet is seen as a new discursive space that allows groups normally silenced in traditional media to ‘voice themselves and thus become visible and make their presence felt’ (Reclaiming the Media, Pg. 130). 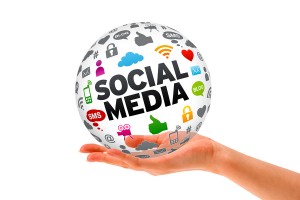 All of this is undeniably impressive and no one would dare argue against the great leaps in connectivity and access to information that these tools have made. Indeed over the years, whilst these credentials and the incredible (perhaps literally) potential of social media for reaching out and connecting people have been trumpeted by the mainstream media and commentators, so politicians, governments, development agencies, businesses, even the British Queen, have leapt on social media platforms like Twitter and Facebook, in order to gain access to the limitless, open, engaged and powerful community that has been promised.

But does that community really exist, at least as the open, pluralistic, democratic space that is painted? Does social media really facilitate the forms and levels of dialogue and participation that are so often attributed to it, or is it just a case of the emperors new clothes?

Of course, it would be foolish to deny that Facebook and Twitter amongst other social media platforms, are populated by a diverse ‘community’ and indeed a powerful one at that, at least when it comes to commercial interests for example – sharing positive or negative experiences of a particular brand on one of these social networks can supply the Tweeter or Facebook-er with considerable consumer clout. But what is arguably up for debate here is the nature of the community social media creates as well as the nature of the communication and interaction that is had on social media platforms. As soon as social media and it’s credentials in areas such as development, governance, civic participation and social change (the things we on this blog are most interested in) are looked at more closely, one arguably sees a very different picture from the utopian image of Facebook users, for example, uniting in mass activism across socio economic barriers to effect change. Indeed we have talked in previous posts about the inflated status given to social media in the run up and during the recent elections in Kenya and we have a future post about a similar case in Colombia (watch this space!). Other examples of inflation or exaggeration over the role and influence of social media include the Arab Spring and the so-called Twitter revolution in Tunisia, which many now understand was far more complex.

I am not suggesting activism via social media does not happen, of course not, it clearly does. People ‘like’, ‘share’ and raise awareness about issues and campaigns all the time. But what we should perhaps question is the scale and power of this activism and what it alone can realistically achieve, particularly when it comes to notoriously difficult issues to effect large scale change on – like governance, civic empowerment, democratic participation and development. Whilst we are at it, we should also perhaps make further inquiry into the dialogic credentials that are attributed to social media. Again, when one looks closer at the ways in which individuals communicate on social media the utopian image of exchange and dialogue falls away. Indeed, a brief look around various social media sites shows that many use these platforms more as methods of broadcasting their opinions rather than opening up productive dialogue. Moreover, it has been noted that the way in which networks or ‘friendships’ are formed on Twitter and Facebook for example, inherently limits the diversity and variety of opinions we are surrounding ourselves with. By this I mean, because I choose who is my friend or who I follow and because I am a human who is inclined to follow what I know and what is in my immediate knowledge or understanding I will, perhaps inevitably, find myself creating a network that simply reflects my own views, opinions and experience. Known as the ‘echo chamber effect’ this means that limitations are implicitly set on the openness and reach of the ‘social’ interactions I am able to have on these platforms. Whilst I as a female, middle class Western European am doing this, most likely a working class, male African is doing the same, creating pockets or sub communities that don’t necessarily mix.

Of course, these misgivings about the nature, scale and power of social media in terms of effecting change or empowering communities have not stopped many using social media platforms to achieve these ends. Avaaz for example uses social media to spread its campaign messages and encourage people to support a diverse range of campaigns. Another interesting project in India, I Paid a Bribe http://www.ipaidabribe.com, uses social media to allow citizens to uncover and expose incidences of corruption in India anonymously, empowering them to stand up to corruption and improve local governance. And there are many more examples of the innovative use of social media. I am sure that in some of its uses within governance and development, social media can be successful. I tend to think that perhaps the issues simply is that social media’s power has been overstated. What we need to recognise is that social media is a tool rather than an end in itself. What do you think?

Check out the links below to get some different perspectives on what I have discussed here and please comment below to let us know what you think:

An article on whether social media really does empower communities: http://www.guardian.co.uk/voluntary-sector-network/community-action-blog/2012/mar/01/social-media-empower-communities

A video about the use of social media to facilitate peer education about HIV/Aids in DRC: http://www.youtube.com/watch?v=3HK_P1IhHTc&list=PL5lxl424rCpZntf-0609ql7FDy9WFV5pX&index=10

What has become of social media in the Middle East since the Arab Spring?: http://mobile.nytimes.com/2013/02/07/world/middleeast/social-media-firms-move-to-capitalize-on-popularity-in-middle-east.xml

2 thoughts on “The answer, the emperor’s new clothes or exaggeration?”