In the past couple of years happenings such as the Iran and US elections and the Arab Spring have made social media and democracy two things that rarely appear apart. The has been a lot of debates of Twitter and Facebook revolutions and which impact these new media applications have to so called traditional media such as TV or newspapers. What makes social media different from traditional journalism is that social media is based on participation and freedom of expression, it provides platforms where people with similar interests can discuss, regardless where they live. Kluitenberg (2003) writes that what defines how democratic a society is, is to which extent people freely can share, voice their opinion and discuss what is going on in society and how freely people can get together to get something done to social issues that are not the way they’re supposed to be. One could say in social media we are all journalists. Godwin and Maher are quoted in Lievrouw (2011, p. 130-132) and they have quite the opposite opinions about participatory journalism. Maher sees that what people write to different social media channels cannot produce quality, credible, reliable and consistent news and Godwin’s reply to concerns about the lack of editing and liability is that it is arrogant to think that only big institutions can provide good journalism that is vital to the democracy. 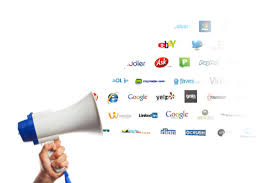 Still all of us, as users and as followers of social media, have responsibility when it comes believing everything we read. This also raises the question of self-censorship. People don’t always seem to understand that what they write to Facebook or Twitter is for everyone to see, no matter if the account is protected. There is always someone who can share or retweet your opinions.

This is not only a problem among “ordinary” citizens, politicians who are on Facebook or Twitter or have their own blog have responsibility for what they write. After the last parliament elections two years ago in Finland a populist and nationalist political party True Finns became the third largest party in the country. In the last couple of years we have experienced quite many scandals when there have been racist and otherwise degrading updates in social media made by members of the party. Many of these have later been labeled as jokes by writers but in a country where you can freely express your opinion this has raised debate on how to behave on internet. Party secretary has been explaining that these writings have nothing to do with how True Finns as a party feel about certain things and other parties have expressed strong disapproval of what have been written. This makes one wonder who differently we can interpret blog posts or Facebook updates. It has to do with media literacy what we make those: either really bad jokes which should never have been published or the absolute truth. 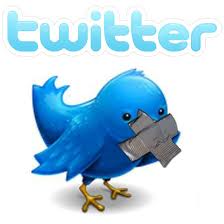 We can follow many politicians on Twitter and Facebook and read their blog posts and getting your message through as clear as possible in order to get the majority of public to understand it right is like walking on a tightrope. Politicians should set a good example how to behave in social media, encourage people to take part in discussions, not to turn them against each other. Actions like that can be seen as good governance and real democracy.