‘If you do not like our decisions, then don’t participate’

Facebook is a tool that creates and enhances connectivity. It consists of different technological levels of design. There is the architectural design and the software that it is based on; this is the Facebook platform. Then there is protocol, which refers to the concepts and rules that its design of functions are based on. They include embedded values, which are possibly held by the decision maker(s). Lastly there is the user interface, which is the Facebook that users can see and access through the website (van Dijck:2012). On all these levels Mark Zuckerberg, who is the owner and CEO of Facebook, has the final say in the decisions being made. 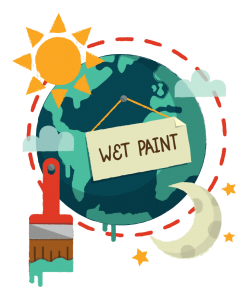 The decisions of design have large impacts and social effects, to the extent of norming sociality and embedding values while people are not aware of this (Santo:2013). With nearly 2 billion users worldwide for whom Facebook is a public sphere, and an important communication space, there are however many who have criticized the lack of democracy in Facebook’s decision making process. A study of Stein shows, that the level of participation that Facebook allows its users is very low (Stein:2013). Facebook by now allows some participation regarding their user policies , but none whatsoever regarding permitted content, copyrights, or software modification. Regarding the use of personal data they operate according to a silent consent rule, which has caused a lot of critique.

van Dijck, José (2012) Facebook and the engineering of connectivity: A multi-layered approach to social media platforms, Convergence: The International Journal of Research into New Media Technologies, 19(2) 141-155

This entry was posted on Wednesday, January 15th, 2014 at 9:30 am and is filed under Uncategorized. You can follow any comments to this entry through the RSS 2.0 feed. Both comments and pings are currently closed.