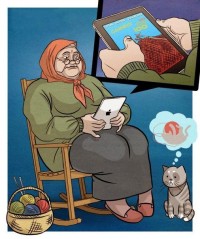 The enhanced media participation literacy that publics now have due to the internet and social media networks such as Facebook, has turned many people into active media producers. This participation is an important component of democratic development (see for example Carpentier:2011), for several reasons.

Thirdly networked individualism, based on individualism and identification, starts with projects and values of individuals and develops in systems of exchange with other individuals (Castells:2009). According to Hopper (Hopper:2007) networked individualism refers to the engagement of individuals in communities of practice, by using ICT’s to participate in networks. It inspires social movements that build on sharing new values, and in combination with communalism, it inspires social movements of resistance (Castells:2009). It furthermore is expressed through communication systems that are characterized by the use of new technologies, autonomy, horizontal networking, interactivity, and recombination of content under the initiative of the individual and her network.

This entry was posted on Wednesday, January 15th, 2014 at 5:48 pm and is filed under Uncategorized. You can follow any comments to this entry through the RSS 2.0 feed. Both comments and pings are currently closed.