It has become a serious problem for many people in Western countries: internet addictions and more specifically social media addictions. Internet addiction will even be included in this years’ edition of the Diagnostic and Statistical Manual for Mental Disorders (DSM-V).

Facebook in particular is designed to gratify a large range of personal needs: in the Facebook environment it is easy to shift between different sets of functions. On the newsfeed, users are being fed short chunks of information and pictures uploaded by their friends, groups, communities and advertisers, and that are often designed to please, entertain or attract attention. Then it is possible to have instant chat conversations with any of the listed friends of users that are online. Emailing with off-line users is also possible. And there are a large number of pages of celebrities, groups, issues, channels and music that can be visited while staying in the Facebook environment. Additionally Facebook launched a number of apps and games, that can keep users busy and entertained while staying on the site. Facebook is designed to keep users as long online as possible, as they are the source of income for the owners. 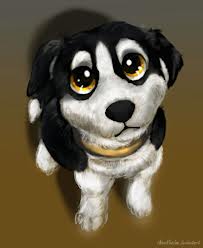 Especially for people who have difficulties in life outside the internet, and are therefore generally more vulnerable to addictions, the risk to become Facebook addicted is obviously much larger. Whereas all the options Facebook offers are for many people simply entertaining, informing or life-improving, most users recognize its pulling and time-consuming quality as well, and can understand the risk of it becoming addictive.

According to Joanna Lipari, a clinical psychologist at the University of California, Los Angeles who was interviewed for a CNN report, here are some signs that you are addicted to Facebook:

1. You lose sleep over Facebook. When using Facebook becomes a compulsion and you spend entire nights logged on to the site, causing you to become tired the next day.

2. You spend more than an hour a day on Facebook. Lipari said it is difficult to define how much is too much when it comes to Facebook usage, but that an average person need only spend half an hour on the site.

3. You become obsessed with old loves or exes you reconnect with on Facebook.

4. You ignore work in favor of Facebook. This means you do not do your job in order to sneak time on Facebook.

5. The thought of getting off Facebook leaves you in cold sweat. If you try going a day without Facebook and it causes you stress and anxiety, this means you need help.

If you are still not sure if you are addicted, you could also consult the Bergen Facebook Addiction Scale, or consult a local expert.

For those of us who have become alarmed and feel they might be addicted, it might be advisable to quit. Wikihow offers a page with guiding steps to make this happen.

Even if you are not (yet) addicted, but you still think Facebook is not adding enough to your life and you find it a waste of time, you can leave as well. Or if you have other reasons you want to leave, for example because you disapprove of Facebook’s policies and decision making, you might want to follow Facebook’s own advice and leave too. Anne shows us the way: