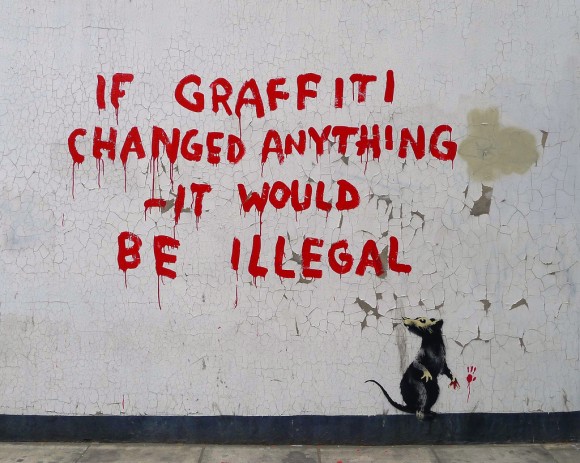 Culture Jamming is perhaps the most direct descendant of the Dada legacy. Also commonly known as ‘subvertising’, Culture Jammers use a variety of creative tactics like political art, graffiti, guerilla marketing, and in the advent of the digital age, the ‘meme’ phenomenon – all in the efforts to ‘subvert’ the mainstream messages of mass consumerism and commercialization of the globalization age. The aim is to social advertise an alternative position and appropriate a space in the field of political and cultural commentary. Actions are carried out on low scale, small budget interventions, and are often rapid-responsed, short-lived and remixed from and into other creations, forming an impossible to discern cause-and-effect chain of production. Culture jamming also takes an ironic, satiric point of view by making fun of what are usually serious social, economical and political problems, relying on the audience’s ability to have an insider, sub-cultural knowledge in order to interpret the meanings and symbolism conveyed by the actions and products.