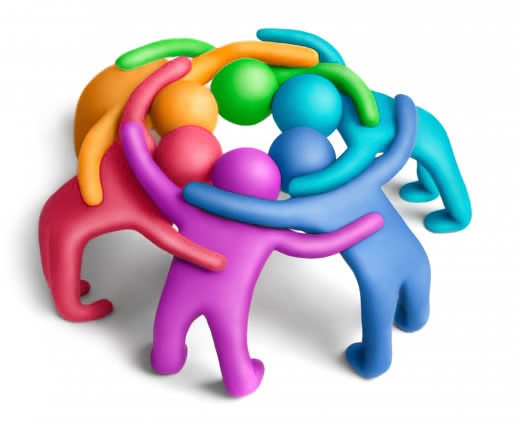 Both Howley and Rennie touch upon the definition of community. They both conclude that the notion of community/communities is difficult to define and the borders and boundaries that differentiate them are largely constructed through symbolic practices or locality. Communities can be expressions of similarities as well as differences and often contains difference within unity, constructing a shared collective identity.

In the context of community radio, the community has generally been viewed as the listeners in a specific geographical place, and the very purpose of the radio station has been to serve that geographical community and to be of, by and for the people of that specific place. This remains true, but the entrance of social media and the interconnectivity that the Internet and mobile phones offer, unties the definition of community from its geographical limitations. Community is no longer limited to the reach of the FM/AM airwaves but can now be amplified through online streaming that can be accessed by a global audience.

Social media and mobile phones has a dramatic effect on the notion of community, expanding to include imagined communities and virtual communities. With the extension to social media, mobile phones and the Internet, the radio stations can engage with their audience in a way that has not previously been possible. For example, such extension of the airwaves allows for the diaspora of the “originally targeted community” to engage in community radio stations, not only passively listening to the concerns of their past geographical community but also to give feedback, engage in debates and raise concerns.  It also opens up for interactivity and live participation that can have a direct effect on programming content. The global enters the local in a whole new way, converging into a glocality that challenges old definitions of community in community media.

Just the fact that I can sit in Stockholm, Sweden and tune in to an internet broadcast of a community radio station in South Africa and have a direct channel with the station via social media shows the complexity of the notion of community in community radio. Am I part of the community or not? Am I an intruder to engage?

This opens up for questions which requires further exploration.
Please give me your thoughts!

This entry was posted on Wednesday, February 26th, 2014 at 8:08 pm and is filed under community radio. You can follow any comments to this entry through the RSS 2.0 feed. Both comments and pings are currently closed.