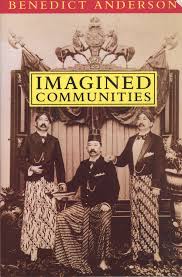 Benedict Anderson coined the term ’imagined communities’ as a socially constructed community created out of ideas and concepts that was being shared through the print press. His work offered a background to nationalism, how people and a nation- state had replaced the old hierarchical structures in the West. The feeling of belonging that the content of newspapers offered also gave the citizen a sense of responsibility and a degree loyalty towards the nation and the nation- state. Today, new media and globalization has completely changed the way in which communities are being formed and the role identity play in this process. However cultural values seems to always be the cornerstone for a community to survive, thrive and strengthen themselves through communication networks. 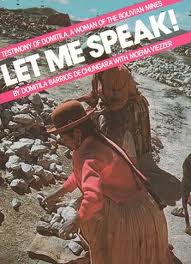 For example, the minors radio stations in Bolivia, became both cultural and political centres for many bolivians in the 1950:s and onwards. While the radio stations functioned as public spheres wherein bolivians could voice their different concerns and their demand for higher salaries, what seemed to have made them so successful was also that their indian cultural values strengthened their collective identity and gave meaning to the unions. According to Alfonso Gumucio Dagron, a bolivian communication specialist, the local mayan cultures, was steeped in ideas of solidarity and community decision- making  strengthening the bonds between the members of the communities and the collective identity. What would have happened if the sole denominator had been the struggle for higher pay? Would the radio stations become as powerful? Today, the struggle seems to be more and more about culture and identity. Liewrouw calls it a change from having to being, from materialist to post-materialist values. Everyone of us can see, how diverse and multiple new social movements emerge around different identities. Members of  NSM:s, are usually, media- savvy and well –oriented in communication technologies, but to what extent are their success dependent on the foundation of local culture and values? Today, a myriad of interest groups exists in society, many of them have constructed their collective identity through internet and alternative platforms, but in the physical world, the local and national institutions are still monolithic, built for one single type of identity and citizen. People create global communities online while simultaneously living in a gated community with guards, walls, and fences separating the rich and the poor. The cultural values and codes are also being shaped by the strongest communication networks at the expense of local communication networks making the question of the local connection even more urgent to the broader understanding of social change.

We’re very excited to get this blog started! Please, hang tight while we resolve some issues and then we’ll take you on a exploratory journey into the world of community media.