Breaking Through the Information Blockade: Participatory Journalism and Indymedia

The aim is to create a diverse media space in which anyone may contribute reporting or opinion, without the restrictions of formal editorial gatekeeping. Connectivity, interactivity, and community constitute the core elements for the practice of journalism and the production of news, according to the philosophy of participatory journalism.

Participatory journalism is characterized by a growing involvement of amateurs in the production of news and commentary online. These self-made journalists write about their local communities, political, cultural or economic issues that are not reported by the mainstream media.

Lievrouw argues that we may in fact be witnessing a paradigm shift in journalism, away from “journalism-as-transmission-of-information” and toward “journalism-as-participation”. She believes that the crucial element of interaction in information has the potential to transform journalism as a practice and the press as an institution (Lievrouw 2011: 129).

However, critics of new forms of online journalism warn that the diminishing institutional power of traditional media will have far-reaching consequences for democracy itself. They still see the press as an indispensable gatekeeper, agenda-setter, and mediator between the people and their governments and other powerful institutions.

Lievrouw takes a closer look at Indymedia, the movement launched by media activists at the World Trade Organization protests in Seattle in 1999, with the aim of creating a “communications commons” (ibd.: 131). Following the motto of “Don’t hate the media – Be the media”, local media activists wanted to produce a news service that would provide a counterpoint to the mainstream coverage of most global summits. Today, there are about 175 Indymedia Centers (IMCs) worldwide. In practice, the majority of Indymedia contributions take a left-radical, anti-globalist, anti-capitalist political viewpoint. 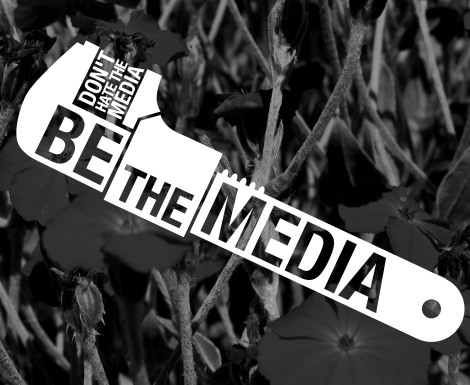 The Indymedia movement has been celebrated as one of the true success stories of alternative and activist new media, with important implications for media activism, the understanding of grassroots-organizing, and journalistic practice. Some critics, however, think that it faces an uncertain future due to its persistent structural and philosophical contradictions which threaten its sustainability. Credibility, reliability and consistency of new journalism projects such as Indymedia have often been points of contention in the past.

Participatory journalism is revolutionary in that it is collaborative and provides a radically different view from mainstream news. However, there is an inherent contradiction in that it has adapted the practices and values of professional journalism online as a method of transforming the content and production of the news, while opposing the market-driven cynicism of the mainstream media. Participatory journalism takes itself seriously and therefore lacks the rhetorical devices of parody or humour that other alternative new media such as culture jamming employ to criticize society.

Conventional mainstream media, in particular print news, will have to innovate and adapt to new technologies in order to be competitive with online new media. Nonetheless, they provide a formal journalistic standard, which is a necessary counterbalance to new journalism projects as an exclusive source of information. Alternative new media act as a critical voice in news reporting and are important in holding governments and powerful institutions (including mainstream media) to account. They are therefore a critical driver towards social change. The paradox lies in their struggle to survive in a system which they oppose (protest is their very purpose), while at the same time being, at least in part, dependent on its methods and resources. More and more, blogs and social media seem to have taken over what the Indymedia movement inspired about a decade ago.

Some examples of activist / alternative journalism:

2 Responses to Breaking Through the Information Blockade: Participatory Journalism and Indymedia