The influence of freedom technologists in protest movements 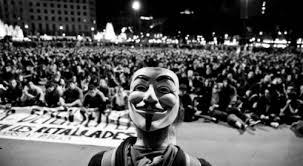 How do freedom technologists influence protest movements? How can these contributions and their outcomes be represented in a simple and short way?

Using the term “freedom tecnologists” to call “social agents who combine technological and political skills to pursue greater Internet and democratic freedoms”, the academic John Postill has drawn on the analysis of three recent massive protests (in Spain, Tunisia and Iceland) to show how, in each one of them, hackers/geeks, tech lawyers and/or online journalists have had their particular influence, together with other social actors, regarding processes and outcomes.

The three examples are very useful to see how different ICT-savy citizens can operate together with other social actors in social change processes. In contrast to authors regarding new media of global communication networks as ‘game-changers’ or to those that seek explanations not in new media but in the crisis of financial capitalism, Postill shows the growing convergence of the global movement for digital freedom with local forms of social unrest. Spain, Tunisia and Iceland, for example, are three examples where freedom technologists have joined forces with a heterogeneous front made up of both tech and non-tech specialists (artists, activists, intellectuals, students, etc.), by combining their techno-libertarianism with popular demands for freedom and social justice.

To explain the links and the unique nature of each protest movement, Postill suggests what he calls “protest formulas”. The letters and numbers to syntethize the links between freedom technologists and other social actors at the beginning of the formula. Toward the right-hand end of the formula, the symbols represent the outcomes of the protests.

Guide to read and create formulas

The practical application of the symbols

Postill applies the symbols above to three recent protests:

Tunisia =F3MN2PR (after the Kasserine massacre)

See the full explanation of the formulas in Postill´s article

In my opinion, these short formula are not only an original idea and an academic divertimento. If reproduced sistematically, they could be useful to compare different protests around the world and try to come out with similarities, differences, and perhaps some initial conclusions. If we take these three examples into account, for example, one of the first findings would be that the different and unique contexts and combination of activists involved lead to diverse, and always changing, outcomes. As Postill notes, the formulas will change depending on the stage when we try to represent the protest.

First of all. do you agree with the author´s proposal? Regarding the symbols, is any actor or outcome missing? Would you be able to apply these symbols to other protests? If so, please add your formulas in the comments section. And finally, do you consider this contribution useful to analyze how freedom technologists influence protest movements?

To learn more on the work and influence of “tech activists” in social change, have a look at Stefania Milan´s keynote and watch the Voice + Matter conference:

Keynote on “Stealing the fire: Empowerment and resistance from the margins of cyberspace” – Stefania Milan, Voice + Matter conference, September 2014