Open Data: the Good, the Bad and the Ugly

Abigail Leffler defines and explores the significance of open data used in new and social media in the context of development and social change.

‘We live in a Gutenberg moment,’ announces Nadine Schuurman, ‘in which we are migrating from book reading to Internet browsing’ (Schuurman: 2013, p. 372). And ever since Johannes Gutenberg and his printing press idea, adds Michael Mandiberg, ‘technological innovations have enabled the dissemination of more and more media forms over broader and broader audiences’ (Mandiberg: 2012, p. 1). Indeed the implications of the Internet phenomenon are far-reaching.

With the advent of Web 2.0 (O’Reilly: 2004, in Mandiberg: 2012, p.2), new forms of communication have emerged. New media (of which social media is a subset) is non-linear, interactive, peer-to-peer in nature. This means that we no longer live in a model where a few dictate what the rest consume: we have become both producers and consumers of online information, and social media in particular provides the infrastructure that facilitates this information sharing. Mandiberg notes that ‘at the end of this first decade of the twenty-first century, the line between media producers and consumers has blurred, and the unidirectional broadcast has partially fragmented into many kinds of multidirectional conversations’ (Mandiberg: 2012, p. 1).

A cacophony of voices

Media participation has thus become part of media consumption. This interactivity is ‘a necessary condition for social, political and cultural participation’ (Lievrouw: 2011, p. 13), making new media an ideal catalyst for social change. The result from this variety of inputs is, as expected, a cacophony of voices singing to us through instruments as diverse as Twitter, Facebook, blogs, the mobile Internet (mobile phones) and YouTube, to name a few. Cacophony may be a disturbing sound but it definitely sets the tone for development and social change. Acknowledgement of dissenting voices leads to democracy at least, and to social change at most.

How social media came to complement and displace traditional media

In view of governmental monitoring and restrictions over Internet use and pointing to the negative popular perceptions about government’s capitalization on big data, some protesters in the Hong Kong student-led movement for democracy, Occupy Central, have, for example, resorted to wireless mesh network applications such as Telegram (heavily encrypted SMS) or Open Garden’s FireChat (open source chatting without an Internet connection) to channel their communications, because ‘the information [so] exchanged is public, but authorities cannot shut it down[i].’ Further reasons for using and trusting alternative social media lean toward the use of open data, suggesting that the information that comes from friends is more reliable than that coming from traditional media sources. Other examples of use of social media in the context of development and social change include the Twitter campaign to educate and keep the public informed about the current Ebola outbreak (#Ebola)[ii] and the Copernicus Publications website[iii], one of many open access academic research journals.

Open data: the good, the bad and the ugly

Now having established the currency of new media/social media for diverse purposes, key words come into the equation: information (data) + sharing, remixing, republishing, copying, distributing, transmitting, adapting and even translating (itself a form of reproducing, transferring, co-authoring and adapting). And, with this, we open the gate to the ensuing herd of benefits, issues and concerns that come galloping behind open data. The ODDC[iv] (Open Data in Developing Countries) organization carries out research in the framework of emerging impacts of open data in developing countries. This research is currently ongoing, and below we summarize some of their provisional findings. 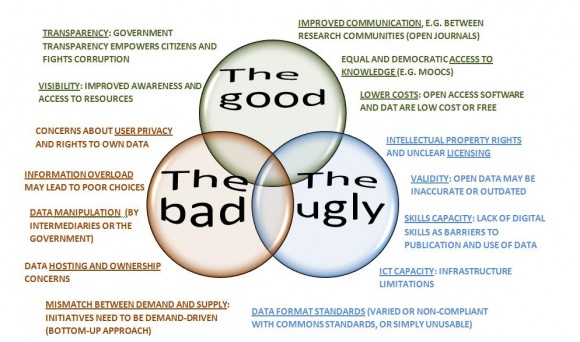 Figure 1: benefits, issues and concerns with open data in development (click to enlarge)

The Venn diagram circles overlap each other to indicate that some issues may be experienced as positive or negative, depending on which angle they are looked from. The ‘bad’ category encapsulates those issues that cause concern or may raise questions but can be resolved or circumvented (e.g. through the provision of aid or investment), whereas the ‘ugly’ category includes those issues that are really a problem (e.g. an undemocratic or corrupt government in power). For example:

Dear readers and fellow bloggers, the ball is now on your court. Do you have any examples of or reflections on how open data is used in social media in development and social change? What is your take?

This entry was posted on Sunday, October 5th, 2014 at 2:19 pm and is filed under Data and Development, Open Data, Reliability of Sources, Social Media, Transparency. You can follow any comments to this entry through the RSS 2.0 feed. Both comments and pings are currently closed.