Johannes Kast reflects on the meaning of slacktivism in the context of social progress.

“The compensation effect” or “moral self-Licensing” is what psychologists call the ‘ethical credit’ people often reward themselves when having done a good deed. This might be as a result to signing a petition, buying eco-friendly products or doing any other perceived good deed. Further research shows that often times good behaviour now can quickly result in bad behaviour later. Nina Mazar and Chen-Bo Zhong found out that people generally act less altruistic and are more likely to steel or cheat after purchasing green products. Anna C. Merritt, Daniel A. Effron and Benoît Monin came to a similar conclusion in their paper: “Moral Self-Licensing: When Being Good Frees Us to Be Bad”.

Slacktivism essentially means engaging in or supporting activism with a minimal amount of effort. This for itself is certainly a welcoming trend, as sharing information creates awareness and giving ethical choices to people with little to no added effort makes them more likely to engage in them. A recent example is the Amazon smile campaign, where part of the price is donated to a pre-selected organisation of your choice. However, when Amazon is taking the burden of charity from the supporter the effect might be bad for aid organisations while very profitable for Amazon. The same was found about liking an organisation on Facebook. It turns out that liking an organisation might actually mean giving them less.

END_OF_DOCUMENT_TOKEN_TO_BE_REPLACED

Do not miss the slideshow with commentary from our own reporter in Hong Kong – Johannes Kast. 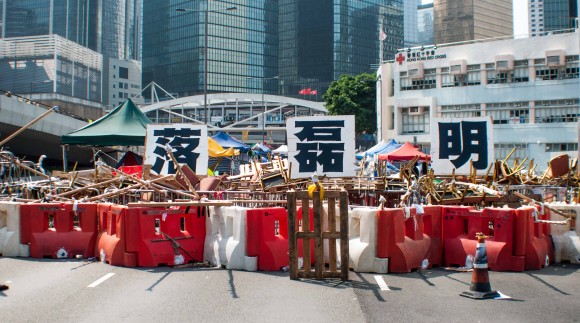 This autumn, all eyes were on Hong Kong – a Chinese city with its own political and economical system after the “one country, two systems” principle was introduced following the reunification between Hong Kong and the People’s Republic of China. This september, after some initial mass protests that got out of control, students and activists blocked the main roads in Hong Kong’s central governmental and financial district on September 29th demanding full suffrage on choosing their cities leader. Since then – with varying numbers of support – the protesters have set up peaceful blockades both in Hong Kong central and in Mong Kok on the mainland, while having to defend themselves against attacks from police armed with tear gas and batons, triad interferences and sometimes even civilian anti-protest groups.