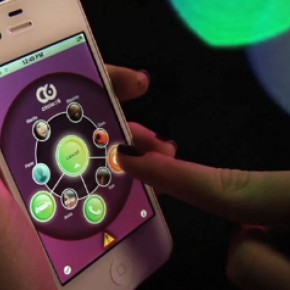 India is not a good country for women’s safety and rape or molestation are present across the everyday life. The movie “India’s daughter“, which soon has been banned in India, portrays the rape and murder of the 23 years old medical student in Delhi. She was brutally gang raped and murdered on a bus at night. This is not an exemption but rather can be used as representative case for the “culture of rape” that is often linked to India.

We see that rape is a serious problem, but how can technology be utilized for it? India is the second biggest mobile phone market in the world. The number of people owning a mobile phone is growing and for women in the city, it is very common to own a smartphone. Therefore, it might seem obvious that an app might be a solution to the problem, in the context of ICT4D. There is an app that has been originally developed in the USA called “circle of 6”.  After the gang rape of the 23 year old, the download increased around a 1000 percent in India and even a Hindi version has been developed. The app links people to persons of trusts. The options are numerous, for example sending an emergency massage to the persons of trust or making an emergency call. The outcomes of this app are not evaluated, yet. As smartphones are easy to carry around and often in the use anyway, the app might be a valuable addition to make women feel more save in the public alone.

The app, therefore, has been adopted to the local needs of India. It is an example of the contextual adoption of ICTs and shows that there can be exchanges of knowledge/ICT resources between the Global North and the Global South, if the local context is regarded. While the app has its roots in a campaign by President Obama against abuse in the United States.