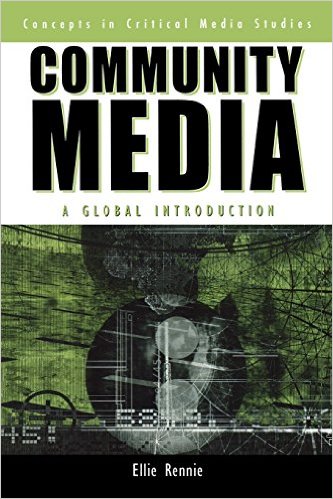 Ellie Rennie (2006), in her book Community Media: A  Global Introduction she argues that community media are tend to work when entirely run by the community  according to their own systems and imperatives.  However it is not so simple as we might think. Often Global South’s community media work under legal systems or regimes that might be unsympathetic to their cause (Rennie, 2006: 135). Participatory media rely often on the relationship between non-governmental organisation and development organisation, thus funding and expenses. Donor involvement might determine where the funds are allocated and it places a  pressure upon community to justify their projects in  terms of measurable social  outcomes and to focus their  effort upon targeted group (Rennie, 2006:  152). In result community media tend not to work so well when it is at the center of a modernist development agenda to ‘save  the world’. Community media is not about ‘DIY’ any longer but it is ‘Do It Your Own Way -DIYOW’ (Rennie, 2006: 186). Rennie writes that it is a big responsibility for communities to bear. Are they the one to blame if the change does not occur? Empowerment and social inclusion sounds desirable but it also turns away attention for the responsibly of a government to its citizens (191). 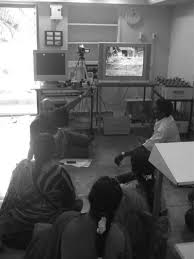 In a largely non-literate village in Andhra Pradesh, researches together with a Byrraju Foundation, one of South India’s leading development non- governmental organisations made available a set of video cameras to community members. This village faces challenges of public sanitation, unemployment, political unrest and division between castes and gender. Group members developed their own system of sharing video cameras, not being instructed before what to do with them, they created videos that were shared outside of the group, in different people homes. Community began to see their own ability to act upon larger community goal and identified their own vision. Videos included a new farming practise developed by families, the new temple that was constructed by villagers, and new technology program developed in cooperation with NGO. Neither top down nor bottom up approaches to development are the key. Rather projects that engage communities to reflect and act on the challenges facing can enable them to uncover their own capacities to aspire. It echoes Rennie (2006) argument that for the collective action for development to occur from grassroots rather then from NGOs or researches , community aspiration is a key.

3 Comments to "Aspiration is a key capacity"