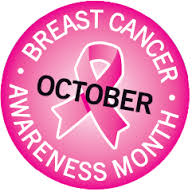 This month October is Breast Cancer Awareness Month. On 13 October 2015, a social media campaign therefore called for a #NoBraDay encouraging women to post Selfies of their naked breasts in the name of breast cancer awareness. Instead of saving lives, such a campaign can rather be criticised for sexualising and trivialising breast cancer. Also, how is such a campaign supposed to be understood by breast cancer patients?

As a matter of fact there are no websites, organisations or charities affiliated with this campaign, so the interests behind it are very questionable. There is a big ongoing discussion of #NoBraDay in social media, and besides breasts you can also find critical posts like these:

“We are always appalled to see campaigns that claim to help women with breast cancer, but actually sexualise and objectify women’s breasts and bodies. But to see ‪#‎NoBraDay‬ take place on the same day as Metastatic Breast Cancer Awareness Day last week was especially horrific.”  (Breast Cancer Action Facebook page)

“I’m not going to bother enumerating the many and varied ways on why this campaign is manipulative, ethically compromised, morally bankrupt, and personally insulting to me and the thousands of women like me for whom every day is ‪#‎NoBraDay‬ because breast cancer took our breasts. I am starting my own hashtags, my own campaign… ‪#‎MastectomyAwareness‬ or ‪#‎ScarPride‬ or ‪#‎ShowUsYourNubs‬ or ‪#‎NoBreastsDay‬ or ‪#‎NoBreastSelfie‬.” (Kelly L. Gregory)

We have to consider that the categories and narratives people produce in the media define a social world that has consequences, for their own activities and the activities of others. Hence, the Internet is a space where opinions are formed, expressed and cemented.

Having this in mind, together with the example of #NoBraDay, we need to be critically aware of the narratives we are producing. Especially in social media where everyone can participate in, interpret and reinterpret social meanings, we should reflect upon what we actually want to address with our messages. Beyond the technological capabilities of publication, which can be a big plus in social media campaigns, there is also the important matter of audience.

Blindly following global social media campaigns without questioning its practices and contributions can turn out to be quite awkward in the end. Breast cancer is definitely no issue to trivialise through such campaigns.