The Last Mile to Safer Education in India: How ICT can eliminate the obstacles in education for girls in India 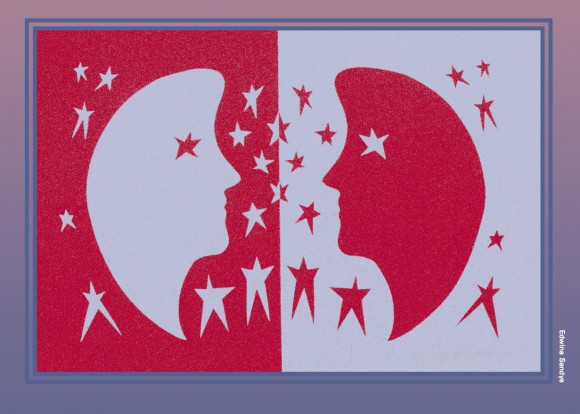 India welcomes almost on a daily basis 40,000 newborns. In about six years time, these children will reach school age. How many however will actually get a full education is another question as is the percentage of girls vs boys that will be recipients of edification.

In contrast to the global North, where education is a given for both genders, in countries like India, gender prejudice and societal factors makes the gap even wider with the percentage of girls accessing education being much lower than that of boys. A number of socioeconomic factors contribute to low literacy levels among girls [1].

According to research conducted by the Campaign for Education, India ranks as a weak performer, when it comes to successfully providing education for girls and women [2].

There are a number of reasons for this:

A general lack of funding for the education sector and a shortage in qualified teachers comes to complete this grim picture.

According to the Millenium Development Goals that are currently being discussed, Goals number 2 and 3 are focused on education, girls’ rights and their empowerment.

These goals may be achieved with the help of the latest evolution in digital technologies and initiatives such as Digital India; a flagship program funded by the Indian government, it aims “to transform India into a digitally empowered society and knowledge economy” and to provide digital infrastructure and high-speed Internet access to every citizen [3].

With the decrease in prices of computers and mobile devices, the number of Internet users have surged, making India the “third largest online market with more that 154 million users, following China and the USA” [4].

These numbers may seem huge but given that India currently has a population of 1.252 billion (2013) [5], this means that only approximately 12% of the population has access to the Internet.

The above is coupled with a gender divide in the percentage of users among the population, with men constituting 61% of users and women merely 39% [6].

However, many institutes in India have started to get involved with online learning.

It appears that the “question of why more citizens should be included in the use of Internet technologies has now shifted toward a question of how” [6].

Through e-learning, students are enabled to overcome the aforementioned obstacles and enjoy the benefits of live classes from experienced instructors. It is less costly, time flexible and can be done from the safety of one’s home.

India, with a population of 1.2 billion, where “nearly half of the population consists of people who can be the potential target audience of e-learning” seems to have found a secure solution for its education problems.