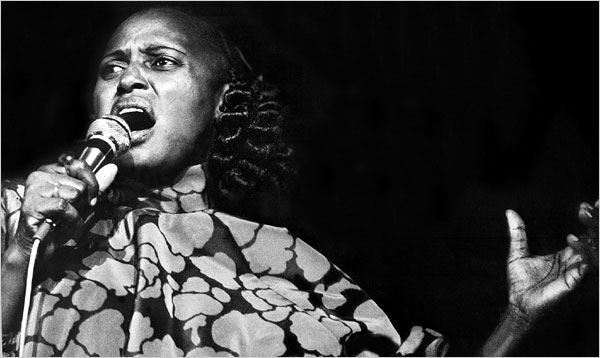 This past month while exploring the ICT4D, the concept of healing has been coming up very often from people who have engaged in the process of participatory media.

Having been a music producer in the earlier stages of my career and having felt the healing powers of music, I felt compelled to write an article about music as a method of participatory communication and how it has been used to revoke negative female stereotypes.

Having worked extensively with musicians from Africa, India and Armenia, I came to realise that they all had compelling stories to share, and they did this through music.

Music is a reflection of a community and a culture[1]. As a result of this, the pluralities of stereotypes for women in society hold true in music too.

Women are objectified sexually, reinforcing their submissive role in society; but women have so many more talents and characteristics; the role the media and music play in the reinforcement of these stereotypes is well documented.

Positively there are initiatives trying to change this  or that at least acknowledge the problem that exists.

The findings led to the conclusion that women were portrayed in a sexual and passive manner. In the event that women would be presented in a positive way, this would be as a typical stereotype, as mother or wives.

Following on from their research and dialogue with experts in the music industry, in April 2009 the Pathways team launched a song competition. Musicians were invited to submit entries on the theme of women’s empowerment.

The team hoped to find and inspire music that presents a different view from the gendered stereotypical messages about women that are presented in the mainstream media, and to set an example to music producers and composers.[2]

Here, Awo Asiedu discusses the project and the findings

For me one of the most inspiring vocalists was Miriam Makeeba who through her music describe life in South Africa, the traditions, the struggles:

I find it fitting to share with you my favorite by the legendary vocalist “The Click Song”.

The emotions, pictures and colors evoked in this track are yours to discover!
For more information on women and music visit Women in Music and the Pathways of Empowerment.