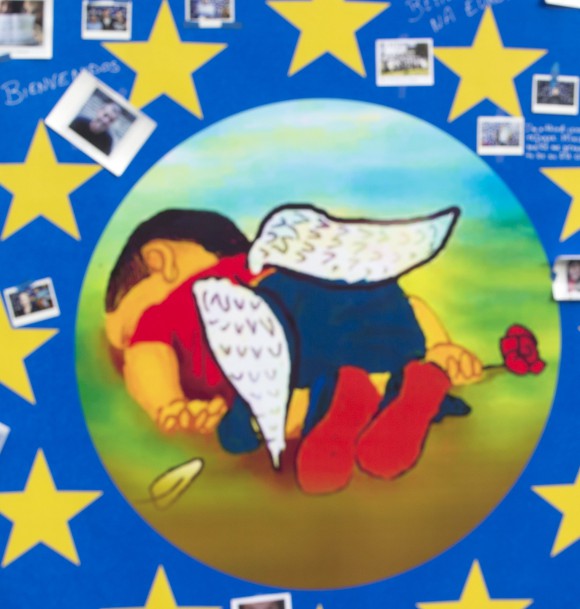 The historians of the future will probably refer to the year 2015 as the outburst of an unprecedented humanitarian crisis. The war in Syria is in full swing and as a result thousands of Syrian citizens are playing -on a daily basis- the ‘russian roulette’ of escaping the country, mostly by boats. Italy and Greece are the first destinations, before the big dream of the so called developed Europe. This phenomenon, which is related to multiple development issues, is not of course something new. 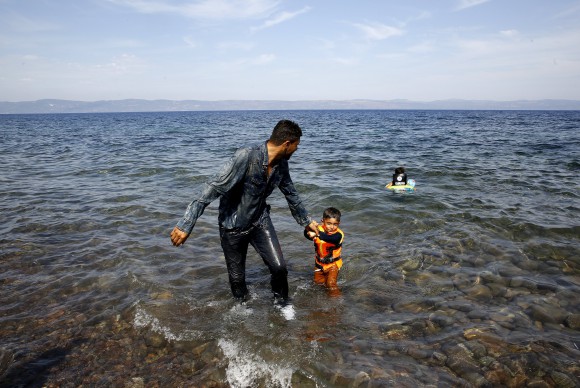 Syrian refugees arrive on the Greek island of Lesbos – Reuters

In total, there have now been almost 429,000 asylum applications only by Syrians in Europe since 2011, according to the UN Refugee Agency. At the same time, the refugees ‘wave’ from Middle East seems unstoppable. The bbc.com, reports, quoting Amin Awad, the UN regional coordinator for refugees, that more than 5,000 refugees – many from Syria or Iraq – arrive daily in Greece. Simultaneously, about half a million migrants – mostly from Syria and other conflict zones in the Middle East and Africa – have arrived in Europe just this year. Those unimaginable numbers create a political ‘vertigo’ within Europe but as it was said before, they also prove that this is not a recent ‘problem’.

The thousands of refugees who are risking their lives on boats of questionable safety rules –after they have paid a not inconsiderable amount of money of course- have every right to abandon a war – zone. That is nothing more than common sense; But they have been doing that for years now. What is the difference that makes the refugee’s crisis so ‘popular’ now? It is my firm belief that there is a zero point, which has changed everything. 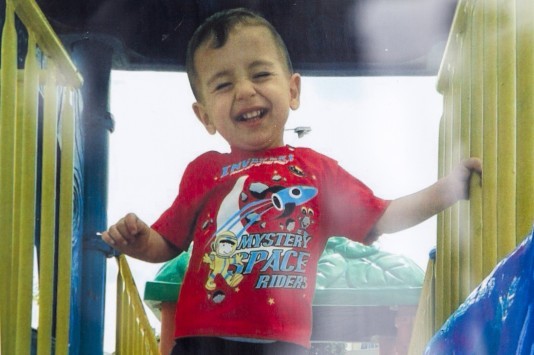 Aylan Kurdi. On 2 September 2015, a 3-year old boy and his 5-year old brother drowned, along with their mother and at least eleven others. Aylan Kurdi was washed up in Turkish shores. An image like a ‘punch in the gut’, which only proves that the worldwide cooperation -developmentally speaking- is insufficient.

That image symbolizes the collective failure of the international community as a whole.  The sad reality is that Aylan is not the first child victim of conflict in Syria and will certainly not be the last. Tens of thousands of children have been killed as a result of the war in Syria. Millions have been forced from their homes, are living in over-stretched or poorly serviced refugee camps and are unable to go to school.

Luckily or not, this happened during the ‘new media’ era. And the new media had a crucial role in spreading the horrible news around the world. The story broke in the mainstream media first, but it was through the ‘new media’ that the image of the drowned 3 year old has become a symbol of social inequalities. This does not mean that the new media role was by fact a positive one. Sean Aday (2010) strongly recommends that we have to “be skeptical of sweeping claims about the democratizing power of new media”. He adds that even though “new media can plausibly shape contentious politics, they are only one among a number of important political factors”(Aday, 2010, p. 26). Leaving aside every attempt to glorify the new media, I will try to extend through a number of dimensions. Some positive ones, and some negative ones.

The role of ‘new media’

The new media provided an enormous help to spread the message that it is an obligation of the modern world to protect the people. Especially the kids, as it is not their fault that the world is constantly under conflicts. Aylan Kurdi was the starting point, as many funding accounts came up on Twitter. For example the Aylan Kurdi Fund, through which anyone can donate for “Syria’s Child Victims of War”. The target that the justgiving platform has set is £100,000.00 and up until now £57,745.26 have been raised, by a total of 1.5000 donations.Another interesting fact about Twitter, is the account of Mr. Naguib Sawiris. An Egyptian billionaire who is offering to buy (!) an island for people fleeing to Europe from war-torn countries in the Middle East and Africa. His offer went viral on social media, while there is also another Twitter account called “Aylan Island” which was created for spreading the message of this cause. 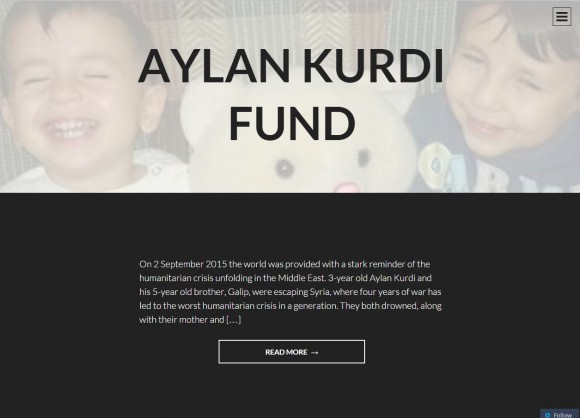 Need another proof that the ‘new media’ have played a major role regarding the “Aylan Kurdi” case? The Egyptian billionaire announced his offer through… Twitter! It would have been much simpler for him to announce that during a prestigious TV interview, but instead he chose “the 140-character limit”.

It was through the ‘new media’ that different people from every corner of the globe were engaged politically to this attempt, on a personal level. This is what Aday describes as the “individual transformation”. Attempting to determine how new media might affect contentious politics, he divides the concept to five distinct levels at which new media can matter. The “individual transformation” is one of them and Aday adds that “new media may affect contentious politics via their effect on individuals who either participate in or are exposed to such communication flows”(Aday, 2010, p. 9).  According to Adday, this exposure can create a field for individuals to develop new competencies. On the other hand, the political engagement through the new media is not the solution by itself. The last one out of the five Adday’s levels is the “external attention”. He points out that “the limits of Internet solidarity are also clear”(Aday, 2010, p. 12), and he explains that just a tweet is not enough to change things. Aylan Kurdi is still dead and despite the massive flow of information, triggered through social media for the 3 year old, a similar tragedy was happening yesterday, is happening today and unfortunately will also happen tomorrow. We should not have illusions that the social media will change the world.

Yet another example of the new media’s role is what Aday is referring to as “counterfactuals”(Aday, 2010, p. 6). He gives examples of social movements and protests that could have happened even without Facebook or Twitter. I will attempt to reverse this argument. In Aylan’s case, this could not have happened without the new media. Yes, the picture would have travelled all over the world, through traditional media. But not so fast and –especially-without the simplistic cruelty which the world of ‘the new media’ is characterized by. The ‘new media’ draw the global attention on the humanitarian crisis. This is what Aday describes on his “collective action” level. He points out that “more broadly, new media may change the political opportunity structure by…… drawing international attention to local problems”(Aday, 2010, p. 11). This is exactly what happened in the case of Aylan Kurdi and the ‘new media’.

Aylan Kurdi was a wakeup call. The loudest wakeup call, for those who were asleep. The European Union has suddenly decided to take action. Hundreds of lives have been lost the past months in the ‘liquid grave’ of the Mediterranean Sea, but it was quite in Brussels. After the pictures of Aylan, some more intense discussions have started within the EU. The results remain to be seen but it does not seem that we have many reason to be optimistic. As the guardian reports, during the emergency Brussels Summit last week, the leaders have failed to come up with common policies.

As we have said before, we should not be walking on the clouds. The ‘new media’ is an extremely useful tool for the social movements, but much more action is needed for the world’s problems to be faded out.

This entry was posted on Saturday, September 26th, 2015 at 11:05 pm and is filed under Christos Mavraganis. You can follow any comments to this entry through the RSS 2.0 feed. Both comments and pings are currently closed.