The DNA of Connective Action

Here is a photo of my Dad, Peter Leeming. At age 83, he is very fit and well, currently participating in a meeting in Germany of the Religious Society of Friends, commonly known as Quakers. 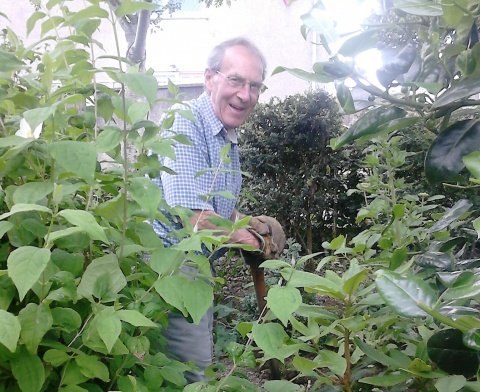 The Quakers have been associated with the peace and anti-war movements since their foundation during the Enlightenment as one of the “historic peace churches” Their faith is built on principles of non-violence and pacifism.

As a young man growing up in England under the shadow of nuclear annihilation, I remember when Peter headed off to Kiev as a member of a delegation from the Northern Friends Peace Board extending the hand of peace to a counterpart organisation behind the Iron Curtain.

In those dark days, with cruise missiles on Salisbury Plain head to head with the Soviet SS-20s and all on a hair-trigger, we’d follow the news of massive mobilisations such as the 300,000-strong demonstration against cruise missiles organised by the Campaign for Nuclear Disarmament in London, October 1983, and other collective actions such as the human chain organised by the brave women camped out at Greenham Common, that stretched 14 miles to Aldermaston. 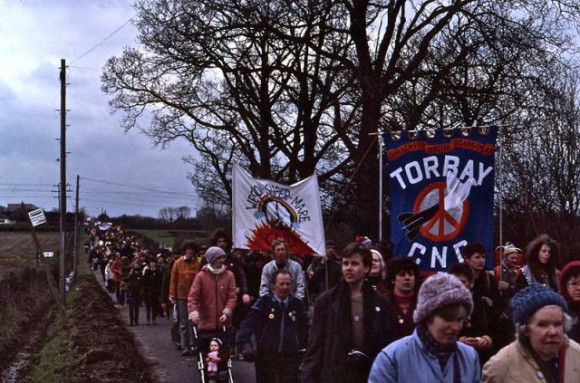 I regret not attending those events although I was certainly on their side. Partly due to study and lack of resources, I suppose my “free-riding“ could have been excused on the basis of Olson’s logic of collective action. We certainly took the opportunity to make personalised expressions of support when the opportunity arose, and no doubt if online social media had been around then we would have made use of it.

In those days the most visible forms of social actions were framed collectively by organised movements such as the Campaign for Nuclear Disarmament. Action repertoires were largely collective, identified with specific organisations, and enacted physically through marches etc.

Personal action framing stemming from the anti-war movement includes the wearing of the white poppy as a way of publically disassociating oneself from the militaristic aspects of the UK Remembrance day when traditionally red poppies are worn. This has been topical since newly elected leader of the Labour Party Jeremy Corbyn was criticised for defending the white poppy, although his office has insisted he will be wearing red during this year’s commemorations in November. Likewise, it is said that Margaret Thatcher expressed deep distaste when asked her opinion of the Bishop of Salisbury’s published views that there is plenty of space for both colourations. Incidentally, the Royal British Legion regards the issue as a matter of choice. 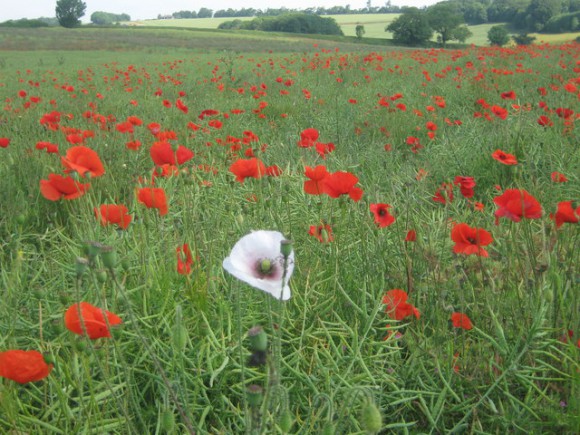 The white poppy could be seen as a meme, in that it is a symbolic act or device that travels easily because it is easy to imitate and personalise the message – in this case of anti-war. The red poppy might therefore be seen as a form of “control meme”. The yellow ribbon is another rich example where a control meme signifying “support our troops” has been reframed by “meme activists” of the  antiwar movement to mean “bring home our troops”, as described by Canning and Reinsborough.

With the arrival of the digital age, these personalised expressions of activism are vastly amplified into networked action formations, with the message accelerated by digital mediation. This has changed the way we have to think about collective action as Bennett and Segerberg explain:

The emerging  alternative model that we call the logic of connective action applies increasingly to life in late modern societies in which formal organizations are losing their grip on individuals, and group ties are being replaced by large-scale, fluid social networks.

Bennett and Segerberg compare the logics of collective action with a new concept of connective action. The explain how a new typology is needed to account for the characteristics of modern digitally networked action (DNA).

Collective action, they explain, has traditionally been associated with membership of foreground organisations, which are resourced sufficiently to bridge differences within the membership and thus organise strongly coordinated actions. Action is framed collectively.

However, recent times have seen massively visible and highly effective demonstrations in support of anti-austerity such as those of the indignados and occupy movements. These manifestations of social activism and the rich action repertoires that accompany them do not follow these collective action logics. They are characterised by a lack of formal organisation and personalised expressions brought together by technology. The occupy movement makes a point of it’s leaderlessness.

Bennett and Segerberg explain that the DNA of the logic of connective action is the social technology:

When people who seek more personalized paths to concerted action are familiar with practices of social networking in everyday life, and when they have access to technologies from mobile phones to computers, they are already familiar with a different logic of organization: the logic of connective action.

My Dad is still very much the activist and continues to contribute to the peace process via the Friends. However, his computer now allows him and my mother Gunilla to participate in activism in new ways. For instance, to protest against fracking and the TTiP through the DNA of such as the online campaign website 38 Degrees.

38 Degrees is named after the angle at which snowflakes come together to form an avalanche – as they say, “together we’re unstoppable”.

Their website proclaims that 38 Degrees promotes democracy, peace, human rights, equality and sustainability. A website and a “back office” organisation may be involved but the emphasis is on personalised forms of expression and activism. In this respect 38 Degrees fits the characteristics of Bennett and Segerbergs’ typology, in particular their “Organisationally Enabled Networks” logic of connective action.

There’s never been a greater need for people power

Is your local hospital under threat? Know a beautiful place that needs protecting? Is there a company that should be challenged to change its ways, or something the government can do to make the UK a better place?

With 38 Degrees, you can start a campaign on any issue that’s close to your heart. It only takes a few minutes to get started.

This is aligned with the concept of the Fifth Estate (Dubois and Dutton), which “envisions the Internet as a platform through which networked individuals can perform a role in holding institutions such as the media and government more accountable”.

I will let my Dad explain for himself:

“(38 Degrees) began with a small group of concerned individuals, aware that governments and large corporations are making decisions in private, ignoring expressions of public opinion in the forms that existed until now – letter writing, demonstrations, street vigils etc.  Instead they (38 Degrees) contacted people on the internet and facilitated various rapid forms of on-line protest –e.g mass petitions produced immediately authorities’ moves become known, legislation proposed or new regulations under discussion. The mechanism of signing on-line is made extremely easy, a few simple clicks.”

“The effect is to quickly make hundreds of thousands of people aware of the situation and the risks – so consciousness raising and education. Then the petition goes to the government etc. The details of numbers signing etc are publicised in the media if possible.”

“In parallel 38 degrees offers other approaches – e.g. gives me the direct link to my M.P. so I can send him a letter or message by clicking on a few slots/writing in the provided space etc.  They do the donkey work of making the link and all I do is write and send. 38 degrees and other bodies also facilitate similar action with big organisations e.g. on fracking, or unethical activities by big business.”

“Then I am encouraged to spread the information, any developments – success or failures –via Facebook and Twitter to involve my friends. Financing is done by inviting us to donate – various methods offered – sometimes at short notice to raise cash for an urgent action.  Cloud funding is very effective!”

“They also link up supporters in a locality and encourage them to do street actions and leaflet – or whatever. Examples; Preventing the Government from allowing use of insecticides that harm bees.  Mass protest to the minister concerned. Probably did stop them doing this though they are allowing ‘a pilot scheme’ to ‘research’ the issue. On-going efforts to stop the privatisation of the National Gallery petitions, protests to all involved including unions and trustees to express support for their efforts.”

Dubois E. & Dutton W.H (2014) Empowering Citizens of the Internet Age : The Role of a Fifth Estate, in Society and the Internet: How Networks of Information and Communication are Changing Our Lives, Mark Graham and William H. Dutton (eds) 2014 Published to Oxford Scholarship Online, Print ISBN-13: 9780199661992

This entry was posted on Tuesday, October 20th, 2015 at 7:16 am and is filed under david, David Leeming. You can follow any comments to this entry through the RSS 2.0 feed. Both comments and pings are currently closed.