New media activism within the context of war

After my first blog post about participatory journalism and new media that are used to increase societal discussions within countries that has a restricted and rather controlled media climate such as Angola, new questions were raised about how new types of medias are used, and for what purposes they are used under even more restricted conditions, such as, for example; during war.

How does new media activism look like during contemporary war in the information age and is war reporting different in the new media landscape from when countries are in peace? As well, does the use of new media provide further civil participation for certain groups in societies, or do they solely challenge mainstream media outputs? This blog post will attempt to put some light on these issues.

In the article The Internet and the Second Iraqi War: Extending participation and challenging mainstream journalism?(Cammaerts & Carpentier, 2006), alternative media voices’ roles during war in relation to mainstream media are discussed and put into context. Similar to what I could conclude in my earlier blog post, they (ibid) argue that the alternative media may play a significant role for news reporting these days, as it may give readers a different side of the “coin”. Keeping this in mind, it goes without saying that providing various perspectives is highly significant during armed conflicts as well. Three examples of alternative new media protests during warfare are provided by Cammaerts & Carpentier (2006) in their article. Their first illustration concerns what Wikipedia states can be regarded as “the most famous blogger in the world” Salam Pax, which I will discuss and come back to later in this blog post.

It is also suggested that the introduction of digital media has changed traditional journalism’s modern approach towards a more diverse form of journalism. In particular, weblogs and other digital forums have become significant alternative sources of information and created new spaces for public debates. However, Cammaerts & Carpentier (2006) also underline that these alternative forms of communications are in many cases more challenging than what one has assumed, and need to be studied further in order to understand their impact on media landscapes. This complexity is especially evident when one takes a look at their effects within the context of war, where existing media relations often are challenged anyway, and where media outlets also may be used as prominent tool for war propaganda. 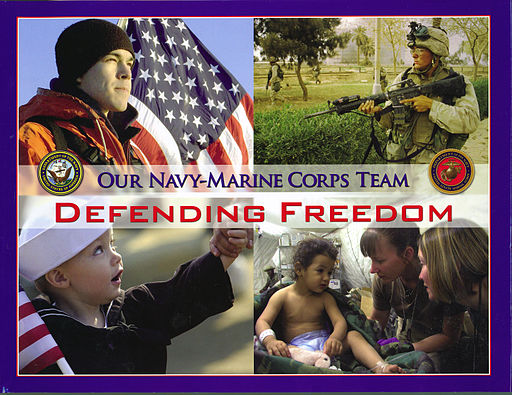 Aday, Farrell, Lynch, Sides, Kelly & Zuckerman (2010) similarly stress that the impact of new media is still very unclear. They also bring to attention that researchers often wish to discuss positive social changes that takes place due to the influence of new ICTs, rather than acknowledging both the good and bad effects of new media in order to actually understand whether it may encourage social development at all, or whether this is an barely an illusion.

Even though Aday et al. (2010) do not specifically discuss new media in relation to war, they underline that one also must admit that there is a possibility that new media are solely new sources of information, instead of exclusively assuming that new media are tools used to promote social change and democracy, which I believe is a significant point. They, likewise argue that new media “may be more likely to promote polarization and to provide targeted communication channels for already polarized groups than do traditional forms of broadcasting and mass media” (Ibid:26), which points to that the use of new media activism similarly may have negative influences on societies. The terrorist organization ISIS, for instance, may be considered of an example of such a group, who actively uses social media platforms to fight a war that, quoting the newspaper the Daily Signal, “extends beyond a geographic battlefield, bridging traditional war tactics to disseminate brutality online”.

“war is the site where different hegemonies meet. First, it is the site where hegemonic mainstream media practices become highly visible, also because alternative media fiercely (try to) resist them. Mainstream media practices and representations are stretched to their limits, and often start showing cracks, fissures and internal contradictions. Especially the mainstream (news) media’s much-cherished notions of objectivity, balance and truthfulness loose much of their taken-for-grantedness” (Ibid, 2006: 159-160).

In regard to the different hegemonies that are discussed in the quote above, an ideological model of war is also highlighted, which I believe is important to mention in order to understand that contemporary wars are not only fought on the battlefield, but also fought ideologically:

“[w]hen a nation, or a people, goes to war, forceful contrivances come into play, turning an opposition into ‘the enemy’. Where the existence of an adversary is considered legitimate and the right to defend their – distinct – ideas is not questioned, an enemy is excluded from the political community and has to be destroyed (Mouffe, 1997: 4). The transformation of an adversary into an enemy is supported by a set of discourses, articulating the identities of all parties involved, and generating an ideological model of war” (Cammaerts & Carpentier, 2006: 159-160).

Constructed opposing discourses of “the self and “the other” (the enemy) are often used by both sides as justifications to fight a war; relying on further simple contrasting discourses such as good/evil, just/unjust, civilized/ barbaric to mention a few. Using these types of ideological discourses, both sides can argue that the enemy is irrational and uncivilized and needs to be defeated in order to get peace, usually assigning all the accountability for the conflict to the enemy. The enemy is also often deliberately characterized into something that may threaten ‘our own’ identity, which further strengthens the need to combat the enemy. Nowadays, these created opposing ideologies can, in turn be used on new media platforms in order to trigger action by certain groups (ibid).

The representation of war in the media becomes problematic, when professional journalists habitually are confronted by this double hegemony which Cammaerts & Carpentier puts forward. As journalists try to work truthfully, stating facts and keeping a certain balance when reporting, they also need to follow certain social practices and rituals that are used to assure or legitimize that they are objectively communicating a certain truth about a conflict. However, mainstream media often faces many practical problems during time of war, where the ideological model of war as well becomes unavoidable for media professionals. Their own cultural and social sphere influences their perceptions of who is the enemy and who is not, which in turn affects their representations of the conflict in the media. 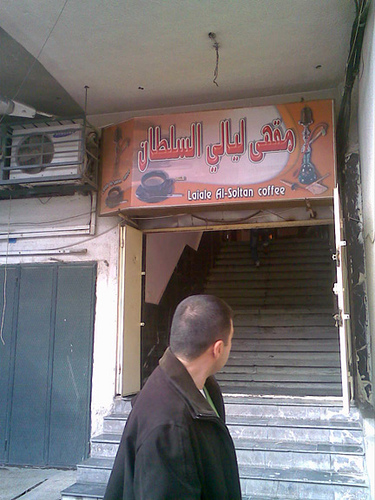 Coming back to the case of Salam Pax; a young Iraqi blogger, who began blogging online about everyday life in Baghdad in the beginning of the Iraq war, became highly noticed around the world for his personalized narratives about the war, and resulted in many international  mainstream newspapers publishing quotes from his blog. Writing all his blog posts in English, he retold not only accounts of Saddam Hussein’s brutality, but likewise communicated other stories that described the daily life of a civilian in a war zone, as well as questioning the American so-called “liberation” of Iraq.

Due to his critical writings about the war and mainstream media, Salam Pax’s blog is according to Cammaerts & Carpentier (ibid) a great example of how citizen journalists can use new media to challenge the dichotomous hegemonic model of war, and it is easy to understand why.

Even though Salam Pax may not have represented every single Iraqi person during the war, his personalized blogposts about living in a warzone basically challenged the perception of the self and the other, the good and the evil and so on. He both highlighted that Iraqis could be victims to Saddam’s dictatorship, but at the same time pinpointed that this did not automatically mean that they were in favor of an American invasion of their country, nor seeing the Americans as their saviors: 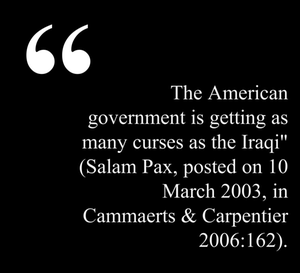 I personally remember that the critique against the American invasion in Iraq was enormous in Europe and in many European media outputs, and my friends and I, in fact demonstrated against the war several times in Stockholm, whatever difference that could have made. For many Swedes at that time, it was difficult to grasp that the US actually would invade Iraq, as it felt that the risks were too high and the benefits were too low. However, it happened, and the Baghdad blog critically disrupted the traditional ideological discourses used in media during this conflict, underlining that the US could not solely be seen as the good, just savior within the conflict, which provided an alternative representation of the war that the mainstream media could not deliver, especially not in the US. Knowing what we know today about the Iraq war and its aftermath, much indicates that pro-invasion media reporting in especially the US were great influential factors for the invasion to take place, but that’s a whole other discussion. 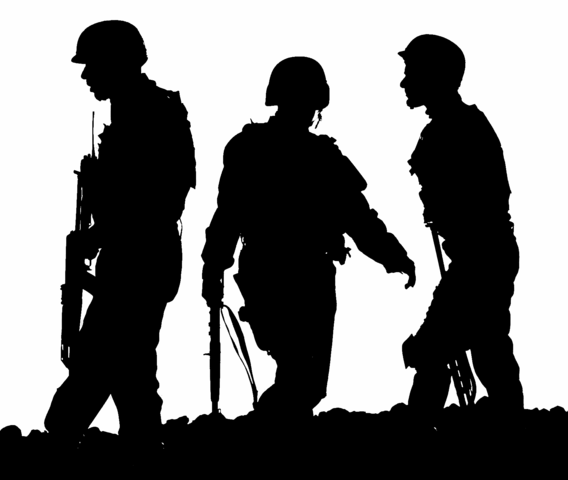 To sum up this discussion about new media activism within the context of war, one might say that the example of Salam Pax demonstrates that civilians reporting about war can give great alternative representations of armed conflicts that are quite different from the mainstream media. A weblog of this kind also seemingly may help to challenge the ideological model of war in the sense that it does not have to agree with any side, rejecting both the construction of “the self and “the other” and the good/evil dichotomy that are often hard to neglect during wartime within mainstream journalism. By personalizing his narratives about the Iraqi war, Salam Pax provided with unconventional insights to both Iraqi and American war reporting, criticizing that there is not only one good or bad side and that mainstream media representations of that kind are greatly misleading.

This entry was posted on Monday, October 26th, 2015 at 2:18 pm and is filed under Lidia Naskova. You can follow any comments to this entry through the RSS 2.0 feed. Both comments and pings are currently closed.