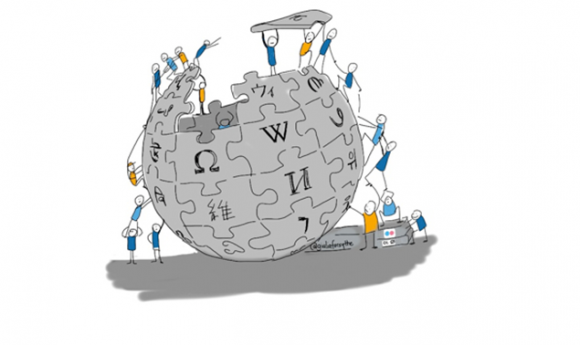 Pentzold (2006, christianpentzold.de) wrote a paper to argue that “Wikipedia can be understood as a discursive formation that regulates and structures the production of statements’. He also stated that most of the discursive regularities named by Foucault are established in the collaborative writing processes of Wikipedia, too. In Foucauldian theory, community power is widely dispersed and driven by enhanced ways of communication within Wikipedia, including arguments about articles, photos, requests, chat and survey functions.

In his article, Firer-Blaess (2012) aimed to connect Foucault’s theory of power and Habermas’ theory of rational discourse, using Wikipedia as example. He suggested “Wikipedia seems to be the perfect case of a system of mass self-communication as it is defined by Manuel Castells (2011), as ‘socialized communication enacted via horizontal, digital communication networks”. 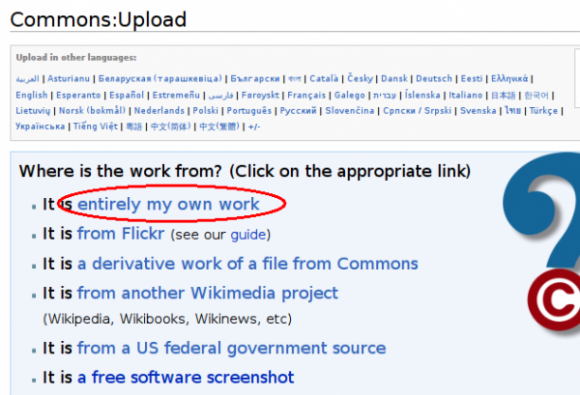 This then links back to institutional power and whether Wikipedia itself has become an institution. Similar to other social media networks such as LinkedIn, Facebook or Twitter, community power is gained through the popular development of community roles, whilst corporate power appears to be minimized. But without central governance, maintenance of Wikipedia, Infoplease, Scholarpedia or Citizendium would not exist. It is an unfortunate presumption, but a fully open-source information network cannot function without commercial intervention. And this is proved by the fact that none exist. Even in an online chat, governing roles are assigned to users to supervise others.

Wikipedia thwarts others and has become its own form of new media, user edited information encyclopedia or whole library of 21st century reporting, biographies, summaries and inserts. It may appear to follow the approach established by traditional academia and present research in a linear, consistent way. However it is not considered an academic source, since it is user edited, so factual information can be contorted by pseudo-theory, biased statistics and propaganda.

Having said that, examples of its use in journals and articles can be found. Hemer (2010, Glocal Times) uses it to define storytelling. Since Wikipedia is so widely available and large, it inadvertently becomes one of the key bibliographical sources of information for both scholars and activists. In fact, a variety of restrictions that have been placed on editing so-called ‘sensitive’ articles are due to rogue cyber activism, the aim of which is to influence opinion, distort or ‘culture jam’ brands, people, communities, political parties or reports on events. Insubstantial user and content controls  often create conflict, which becomes part of a virtual ‘critical net culture’ of web activism on new media.

However Wikipedia Zero can be described as a positive step forward. Wikimedia have convinced 69 operators in 31 countries to help users access its services free of data charges. This places even more emphasis on quality of information, where contributors were measured to be 77% male (Steinhauer, 2013, hyperallergic.com). Newitz, in Alternet.org (2007), notes the contributions made and deleted on the basis of people not being notable enough. So there is yet another way of influencing online information by simple getting rid of it.

Yet for a site that is ranked No.5 in the world, global access is necessary. And by allowing volunteers, activists, participator media actants, bloggers, researchers, academics and others to contribute further spurs information sharing and the global knowledge/power prerogative. Clearly, lobbying was done by Wikimedia executives and researchers and influenced by compassionate grounds and advertising. But there is still a positive outcome to community power and Habernesian power sharing. On the other hand, as the No.5 site in the world, shouldn’t it do more to drive social inclusion, community projects and lobby for social justice and fair access to information where content is restricted?

Truth is, Wikipedia and Wikimedia Commons are a form of a relativism. It can be considered an important storage location of data, where there is a conflict, a challenge and a check on political propaganda. Community power is imagined through the relationship formed between its actants. But this is not a dispersion of power, but rather a simulation of the interplay of power, with ‘knowledge’ as a bargaining tool. Roles are predefined, there is a set of governing rules, and activism is minimized. Wikipedia acts like an institution that is criticised on its content, representation of society, and concept of delivering digital new media modernity, which it set out to deliver.  But in positive terms, access to information, dispersion of governance between users (though some privileged more than others), and therefore a modality of digital sphere can be defined by Wikipedia being a big part of it in the 21st Century.

Firer-Blaess, S. 2012. Foucault, Habermas, and the Practice of Wikipedia: On the possibility of emergence of rational discourse through the equilibrium of inter- subjective power relations. Academia [online]. Available at: www.academia.edu. [Accessed 19th Oct 2015]

Newitz, A. 2007. Wikipedia Activism: Who is to say what is notable enough for Wikipedia? Lutheran ministers? Bisexual Marxists? Hopefully both. Alternet.or. 5th Jun. Available at: http://www.alternet.org/story/53200/wikipedia_activism [Accessed 21st Oct 2015]

This entry was posted on Wednesday, October 21st, 2015 at 6:52 pm and is filed under Alternative Computing, Commons Knowledge, NEW MEDIA ACTIVISM. You can follow any comments to this entry through the RSS 2.0 feed. Both comments and pings are currently closed.