If I did not see it, it does not exist.

Sounds like words, spoken from Thomas, the disciple of Jesus. (1) Yet, in many senses, we are like Thomas in our everyday lives. We may hear news about events happening in our neighboring country or on the other side of the world, but our minds tend to underestimate their scale and tread it like abstract tales that do not really concern us immediately (and farer the event, lesser the impact).

With the reach of the social media, however, the impressions of the world gained new dimensions – suddenly the tsunami is visual and the victims of war and crime have faces. Human faces, just like ours. The images touch our hearts more than any written article had ever done. These are not edited and re-touched quality images of National Geographic, these are the raw images of reality, happening instantly.

We can see the collapsing and detriment, we can sense the terror as it happens. Because we are emotional and social beings, we sympathize, we engage, we unite, we reach out to help…

..or to demand change.

Once just a tool to share interesting pieces of information or funny pictures, social media channels proved to be a phenomenon that changed the way we perceive activism with the campaigns and events like 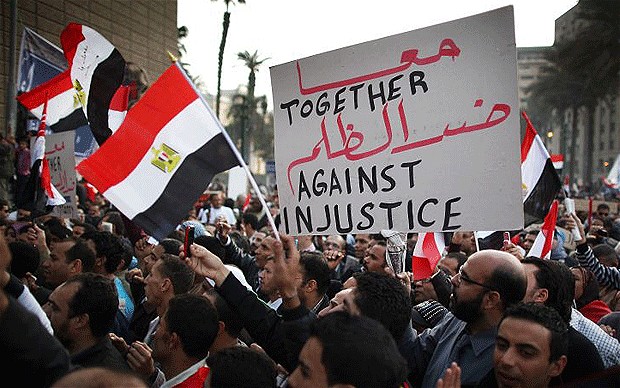 The social media became not only means to organize people but a powerful weapon to insist and work for social change.

And sharing can now cross borders in a matter of seconds to create a viral event.

During the week before Egyptian president Hosni Mubaraks resignation (…) the total rate of tweets from Egypt — and around the world — about political change in that country ballooned from 2,300 a day to 230,000 a day.  Videos featuring protest and political commentary went viral – the top 23 videos received nearly 5.5 million views. The amount of content produced online by opposition groups, in Facebook and political blogs, increased dramatically. 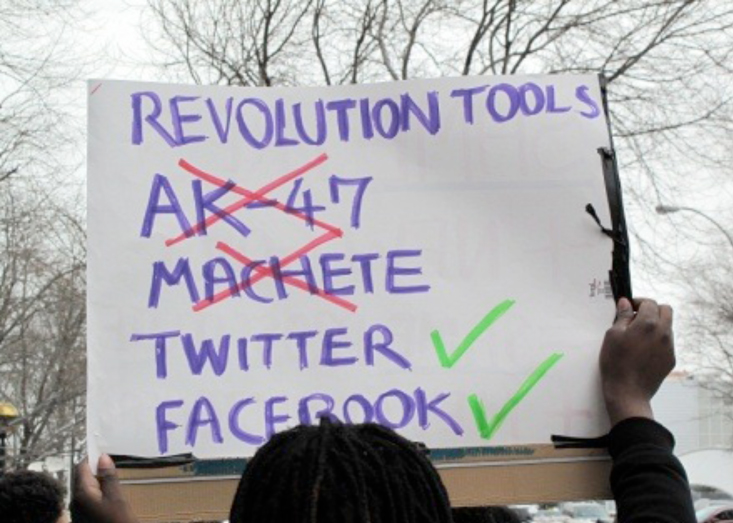 Still there are some moral questions

If social media is like a kitchen knife – an useful tool in the hands of a cook and a weapon in the hands of a criminal, how do we manage to keep it only for good causes? How do we not allow terrorist and radical groups to gather and coordinate without compromising the freedom of speech?  Is it possible altogether or the freedom to express your thoughts not regarding their effect on others is a mere delusion and a disaster to the society?

On February 5, 2016 Twitter announced on its blog that since the middle of 2015 alone, they had suspended over 125,000 accounts for “threatening or promoting terrorist acts, primarily related to ISIS” and they further collaborate with organizations working to counter extremist content online but they note that ‘there is no “magic algorithm” for identifying terrorist content on the internet, so global online platforms are forced to make challenging judgement calls based on very limited information and guidance’.

Despite being powerful, social media is only a tool for communication. The ideas, the background of events, the deeper levels and the viable alternatives are often being forgotten in the surge of emotions to have CHANGE NOW. What change is possible and desirable, only a few ask. “Something different but not this, something other NOW.” is a dangerous route that proves to lead to destruction and vacuum in which only extremes and extremists thrive. Peace and meaningful, lasting social change could be supported by social media, yet they should always be based on more than a spark of emotion and a million tweets or shares.

(1) Indeed, Thomas refused to believe Jesus had risen from the dead unless he saw “the nail marks in his hands, put my fingers into them, and put my hand into his side”. (John 20:25)