Publish or Perish. Solidarity for Sale and #RTBF 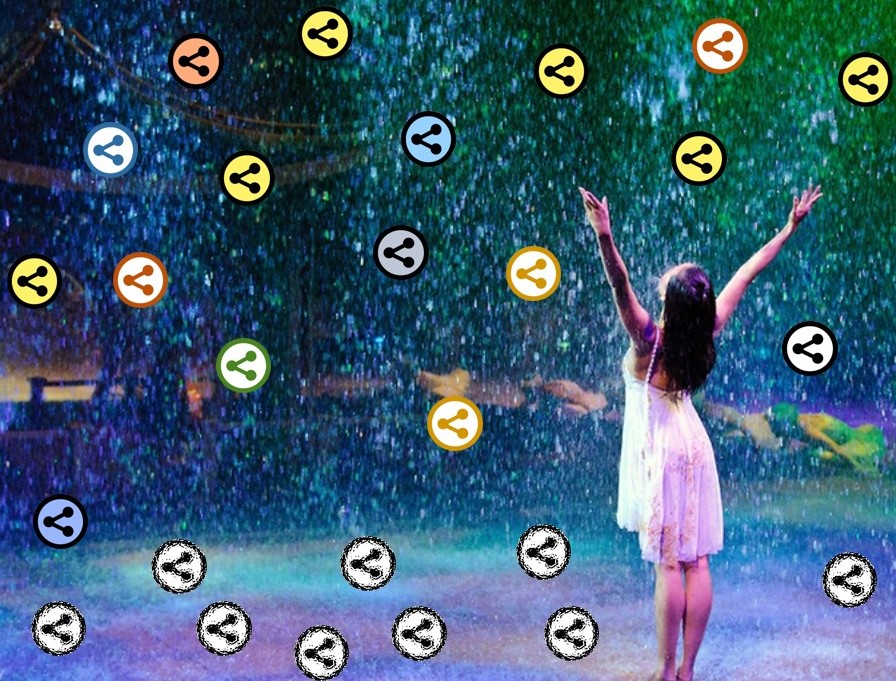 Not only will probabilities imprison us; we will be imprisoned by possibilities.

Dystopian scenarios of the future have made for great science-fiction, but reality and its injustices are usually much more banal. The Chinese government is developing a ‘social credit’ system that will ultimately and completely monetize their citizens’ entire life – social media, life 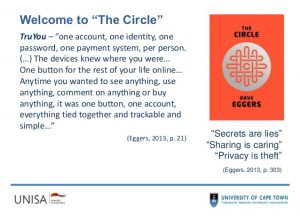 choices, routines and habits – and institutionalize a system that demands the sharing of personal information. Not to do so would be suspect. Publish or perish; privacy is theft. END_OF_DOCUMENT_TOKEN_TO_BE_REPLACED 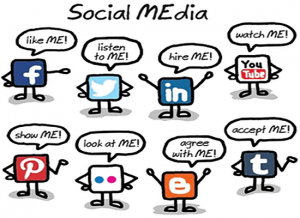 We keep on thinking of “New Media” as new due to continuously ongoing innovation of techniques  and hybridization of the existing technologies which together allows us stay in a process of adapting, reinvent and rebuild the way we communicate. New media researchers, who have grown up with the online interaction culture, emphasize the intensely personal, participatory, playful, and performative quality of newer “social media”. An always-on, always-there web of interaction, expression, relationship, social organizing, and creative culture is part of everyday life, on- and offline.The Internet has become a “cyberworld” that shadows or reflects “real life”. In this context, mediation has emerged as a central concept in theorizing about new media[1]. END_OF_DOCUMENT_TOKEN_TO_BE_REPLACED 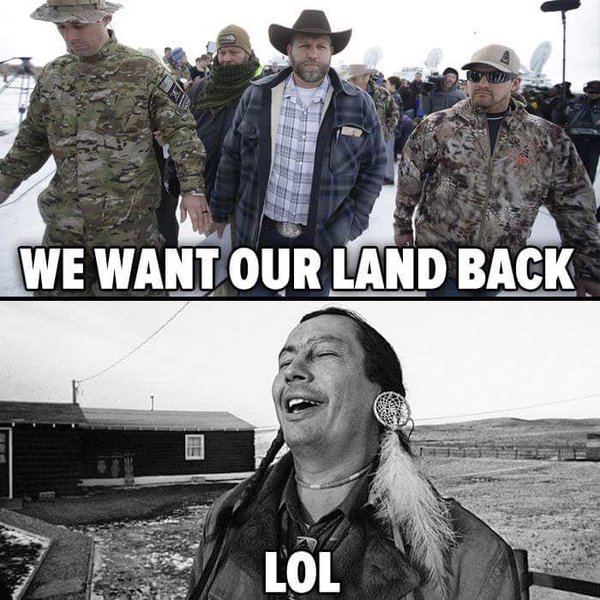 The current protests of the Standing Rock Sioux Tribe over the Dakota Access Pipeline and the Oregon cattle ranchers’ occupation of the Malheur Wildlife sanctuary earlier this year share some similarities in their grievances and tactics. 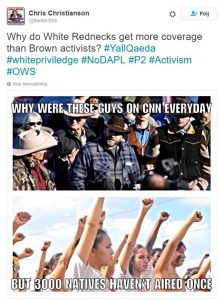 Both the cowboys and the Indians view the U.S. government as an adversary. Both protests center on land ownership and usage: Indian Reservations and Wildlife Preservations. Both standoffs involved occupation as a form of protest. Both use an arsenal of modern social media and digital communication: END_OF_DOCUMENT_TOKEN_TO_BE_REPLACED

During the second half of 2014 Sweden experienced an increased amount of people looking for a safe ground to continue to live their lives. One year later several of the Swedish political parties started to demand a more restrictive refugee policy, a policy with the aim to minimize the amount of asylum seekers in Sweden, comprising temporary changes to the Foreigners Act, temporary residence permit, ID controls on public transports etc [1]. And the expression “Refugee crisis” exploded in the Swedish media. An example is the head line ”The refugee crisis of 2015 – this is only the beginning” together with the below photo, in one of the most popular evening newspapers. 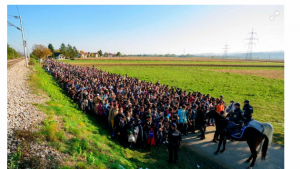 A few months ago, a journalist friend of mine made an attempt to change the way her channel report on people who desperately are feeling their homes. A boat had capsized outside of the coastline of Egypt and she wanted to put the headline “Capsized boat with at least 29 passengers dead”. By using the word “passengers” instead of “refugees” she intended to bring the victims of the accident closer to the audience. However, before publishing, the editor changed the wording to “Capsized boat at least 29 dead”, removing only one, but very important word, “passengers”. END_OF_DOCUMENT_TOKEN_TO_BE_REPLACED

A whistleblower for peace – Consumption as Activism

“Social media is defined as a group of internet-based applications which builds on the ideological and technological foundations of Web 2.0 and allows the creation and exchange of User-Generated Content (UGC)”[1]

Web 2.0 sounds very old-fashion though the formulation of how user generated content is created and exchanged in this definition of Social Media caught my interest. The users create the content, but that everyone can write everything

they wish is of course a simplificationsince not everyone on earth is connected to Web
2.0, and also even if we wrote everything we had in mind we might end up unread.

Information and Communication Technologies (ICTs) and new media are frequently mentioned in the discussion of development and social change. And even if Social Media and ICT often are discussed on the solution side of the matter, the access to ICT, or the difficulty to access, can be seen as a contributing factor to a stronger segregation between the Global North and the Global South. For the people with access, Social Media and ICT is said to have a mobilizing power, to have the power to bring people together, giving them a feeling of solidarity, community and action for the good cause. END_OF_DOCUMENT_TOKEN_TO_BE_REPLACED

To tell someone else’s story

It has been claimed that social media have changed the world. Instantly connecting with friends or complete strangers alike, has transformed ways relationships are created and maintained, and also how information is shared and trusted. Social media creates never ending opportunities for information flow, social influence, even democratic revolution on a societal level [1]. 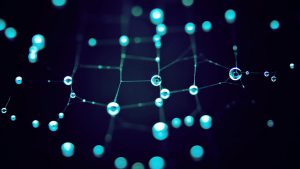 Today every 60 second on Facebook: 510 comments are posted, 293,000 statuses are updated, and 136,000 photos are uploaded by over 1.71 billion monthly active users worldwide[2]. Though all of these users are not in your network and all updates will not end up in your feed, it is hard to catch interest, even of the people within your reach. END_OF_DOCUMENT_TOKEN_TO_BE_REPLACED

Tagged as: reaching an audience, Storytelling 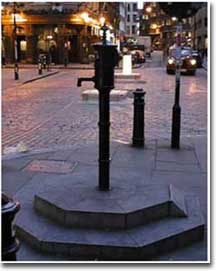 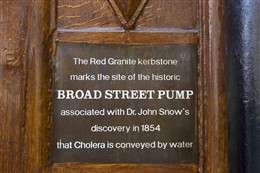 decade before a germ theory was developed, demographics were used to map the source of an epidemic and a tainted water pump was simply shut off. The medical science, the actual mechanism of how the disease was “communicated”[ii], was incidental. Today, Google Flu Trends is used to make these predictions.

Statistics, classifying and categorizing populations: the gears of the modern nation-state were greased with numbers and logic. END_OF_DOCUMENT_TOKEN_TO_BE_REPLACED 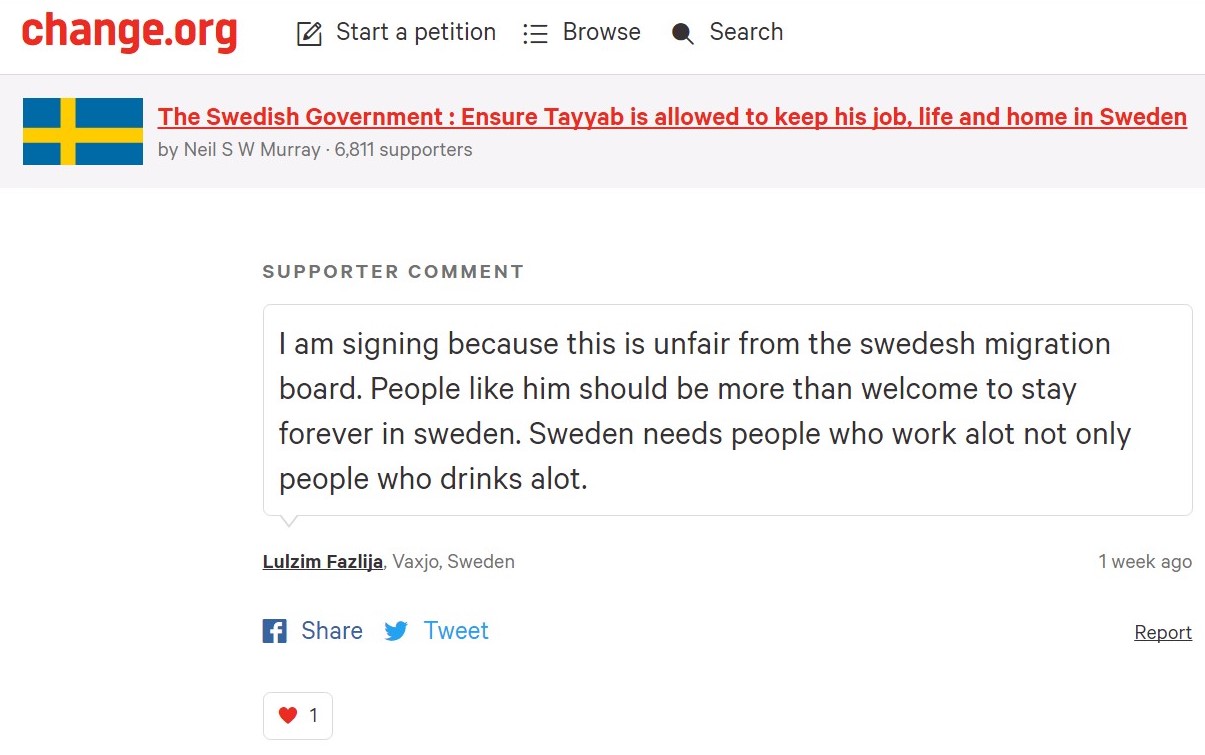 Change.org is a website were individuals can draft and circulate their own petitions. On their homepage banner they boast: “The world’s platform for change. 162,265,524 people taking action. Victories every day.”

The style and format is consistent with other social media. There are comments boxes with Facebook and Twitter buttons. The comments are also sortable by ‘most recent’ and ‘most popular’.

Although Tayyab’s petition does not address, nor is it part of, a broad social movement, it is digital activism for a specific cause: the immigration status of one man who is facing deportation back to Pakistan from Sweden END_OF_DOCUMENT_TOKEN_TO_BE_REPLACED

This blog is written by students in Communication for Development, researching contemporary activism embedded in digital tools. We search an understanding and wish to share our thoughts on how new media works for development, the Internet culture and new social movements in different ways. / Ian and Erica

Looking for something specific?