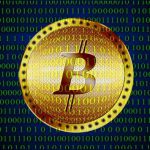 The other day I had lunch with an old friend who works as an analyst for a multinational technology company, inhabiting a very different world from me. I mentioned that our current task concerns data and development, and she replied “Ah – the blockchain.” I had to confess I hadn’t heard of it – is it just me? – So I thought I should try and find out more. It forces me to enter two alien worlds – tech and finance – but here goes with a naïve newcomer’s introduction to bitcoin and the blockchain on which it is based.

I had
at least heard of the digital currency bitcoin. Keeping it simple, bitcoin was invented in 2008 as a peer-to-peer system for online payments that doesn’t require a trusted central authority. The hard part about implementing a digital payment system is making sure no-one spends the same money more than once. Traditionally, this is done through a central authority (such as a bank) that verifies all the transactions. Instead, bitcoin uses consensus in a massive peer-to-peer network to verify transactions, achieved by individuals (or, increasingly, groups) who use their computers to verify transactions in the network. These ‘bitcoin miners’ are rewarded with new bitcoins proportional to the amount of computing power they donate to the network. Every bitcoin transaction is recorded on a publicly viewable distributed ledger – the blockchain. At https://blockchain.info you can see the live bitcoin transactions flowing through.

This results in a system where payments are non-reversible, accounts can’t be frozen, and transaction fees are much lower. Bitcoin is open-source software: programmers donate their time to developing it, and can make changes subject to the approval of the lead developer. The individual miners then choose whether to install the new version or stick to the old one, essentially voting with their processing power. It’s in the miners’ best interest to only accept changes that are good for the bitcoin currency in the long run. These checks and balances make it difficult for anyone to manipulate bitcoin. For a more detailed but still accessible explanation of how it all works, see Economist (2015), and for a ‘child’s guide’ (which I found helpful) see Custodio (2014).

There are a number of ways in which bitcoin is already proving useful in a development context. Bitcoin allows donors to give directly to organisations abroad, without needing a headquarters to receive and distribute donations. Accepting bitcoin is free, no fees go to PayPal or Visa, and 100% of the contribution is actually donated to the beneficiary. And tipping technology is already available, allowing users to donate small amounts of bitcoin through social media, instead of just Likes or Retweets (Rabe and Worley, 2015). And, for example, I Have Bitcoins is helping artists in rural India sell their paintings to a global market in exchange for bitcoin, and takes no commission.

Bitcoin is already popularly used for remittances. Transferring funds back home is generally exploitative, with the poorest countries being charged the highest fees. For example, Western Union charges $95 (9.5%) to send $1000 to Kenya, which is about the average international remittance fee – some are much higher. BitPesa, one of the remittance companies using bitcoin, is able to charge just $30 (3%) for the same transaction. And Kenyans living abroad send about $1.2 billion home each year (Rabe and Worley, 2015).

Bitcoin could also act as a quasi-bank account for those who don’t qualify for, or lack trust in, a conventional bank account. If an individual has a personal computer or – more likely – a mobile phone that can be used to download a bitcoin wallet, they can obtain a public key that represents their account on the global system, resemblin 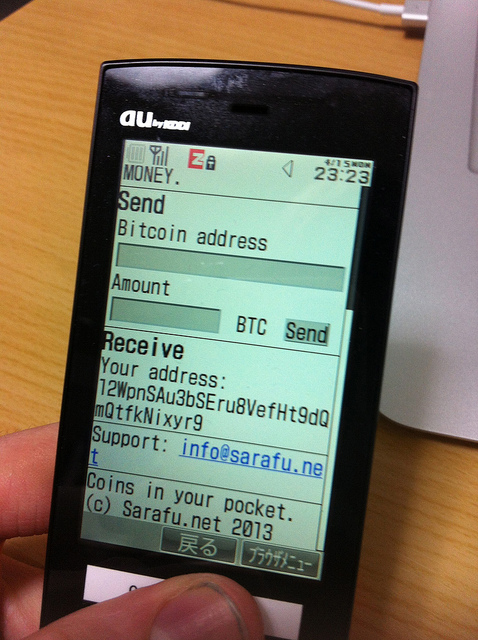 g a quasi-bank account in which they can build up savings. In countries with poor banking infrastructure and reliance on cash, such technology could be a safer way to hold money, and a convenient way to transfer money in everyday transactions. There are many issues around the stability of bitcoin, but from the perspective of someone in a highly unstable country, digital tokens might still appear relatively safer than their own currency.

While an often-cited disadvantage of bitcoin is that its value is unstable and unpredictable, more than ever over the past few years that also applies to traditional currencies and money markets. Gold was recently reported as being less stable than bitcoin (Yang 2016); and last week’s ‘flash crash’ in sterling, reportedly due to a ‘rogue algorithm’, is just one demonstration of the growing fragility of the depersonalised international financial system (Davies 2016).

But there are also more fundamental questions around the philosophy behind bitcoin. A report from the UN Research Institute for Social Development (UNRISD) points out that many in the bitcoin community believe in it as an individualist, libertarian, free market-led solution (Scott, 2016):

“Escaping weak local institutions might help individual people, but does little to empower the broader social majority who remain reliant on the existing systems. […] The rhetoric of cryptocurrency superiority—often articulated by cryptocurrency start-ups—even has neocolonial tinges: are local elites within fragile countries being encouraged to buy into a ‘forget your local systems, rely on our technology’ narrative articulated by Western tech gurus?”

Quoting the tech critic Evgeny Morozov (2013), Scott sees this as a ‘solutionist’ approach – seeing the world in apolitical terms as a series of things that have been solved and that remain to be solved by technology-driven enterprises:

“This ‘technology-as-saviour’ narrative is essentially top-down in nature—it is imagined that the problems of people in ‘poorer countries’ would be solved by the optimistic entrepreneurial drive of American Stanford graduates […] sometimes exemplified in generic ICT4D imagery of marginalized Masai people huddled around a computer in a village, or a Vietnamese rice paddy farmer smiling at a smart-phone.”

But worldwide, if the future does hold a means of peer-to-peer payment that cuts out the central authority, that would mean massive savings by businesses and individuals – and potentially massive losses by financial institutions, which therefore have a vested interest in blocking or privatising these technologies. The annual revenues earned by the cumbersome and inefficient banking system for processing payments are huge, at $1.7 trillion (in 2014) and rising (Economist 2016): 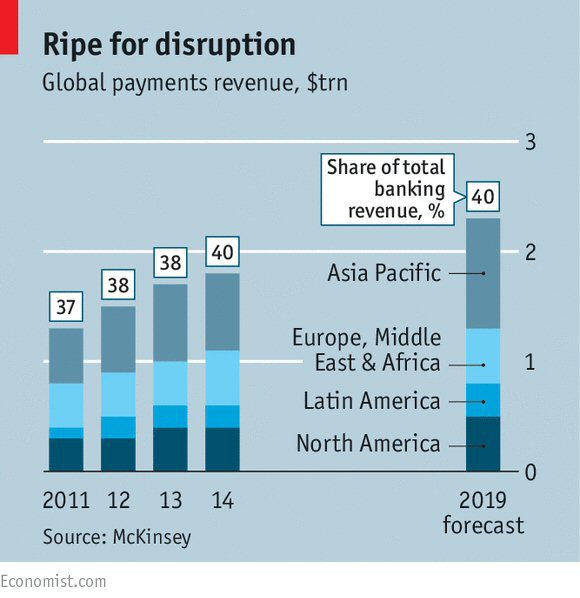 And as Scott and many others point out, bitcoin (and other cryptocurrencies) are just the tip of the iceberg – the underlying blockchain technology has the potential to offer much more than cryptocurrency, and to be the real source of radical change. During a Tech@Fest panel discussion at the New Yorker Festival last week, Joi Ito, director of the MIT Media Lab, said:

“I think that blockchain will be to banking and law what the internet was to media. I think that we’ll survive it, but we’re going to be fundamentally different.”

The blockchain is often described as a ‘disruptive’ technology, but there are massive questions around what type of disruption, and for whom – and whether its open-source, democratic nature will survive and grow, or be harnessed for private use. I’ll continue that discussion in part 2 of this post. In the meantime, please add a comment to add to – or contradict – my wobbly understanding of these subjects.

Custodio, N. (2014) ‘Still don’t get bitcoin? Here’s an explanation even a five-year-old will understand’, CoinDesk 9 January.

Economist (2015) ‘The great chain of being sure about things’, The Economist 31 October.

Morozov, E. (2013) To save everything, click here: Technology, solutionism, and the urge to fix problems that don’t exist. New York: PublicAffairs.

Scott, B. (2016) How can cryptocurrency and blockchain technology play a role in building social and solidarity finance? Working Paper 2016-1. Geneva: UNRISD.

1 Response to Who benefits from disruptive technologies? Part 1: Bitcoin