Disaster Management with the help of CDRs? 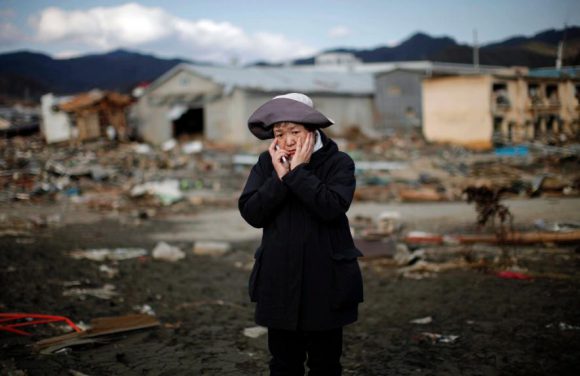 Crises evoke an innate need to be connected. Picture taken from National Geographic (2015)

Call Detail Records (CDRs) are probably the most exemplified data supply tool when the focus is on facilitated development work by means of big data resources. But besides its real-time descriptive promises, which issues emerge when we talk about the use of personal call details?

CDRs have successfully been used for crisis mapping, as in the well-known Ushahidi crisis mapping in Kenya and in earthquake struck Haiti. Scholars as well as IT specialists see high potential for future prediction of and real-time feedback in crises. Paul Conneally is convinced that the humanitarian world needs to be put from analog to digital and puts especially high hopes in the smart use of mobile phone technology.

When I first heard about Ushahidi and its crisis mapping function I was left stunned about the gift of open data and the positive uses that can be drawn from it. Mapping a crisis situation by means of a few technicians who collect what is out there and bundle it to concise, usable information just seems so easy, no pitfalls engaged. But besides its real-time descriptive promises, which issues emerge when we talk about the use of personal call details? With this post, I am hoping to summarize the issues I came across, each of which can be explored in much greater detail than done in the following.

Most worrisome in CDR sourcing is the actual data involved and the access given to it: a caller’s identity is revealed as well as the time of the call, the phone tower that handled it and the number that called (Hattotuwa, 2014).  Obviously, issues of privacy come into play here and mingle with concerns on who can access data for what reason and what price: Governments depend on private companies’ cooperation for data access. This brings power issues to the surface in favor of those owning the data needed.
CDRs are considered the „most effective, practical data source in the world“ (McDonald, 2016, p. 23) when it comes to real-time location tracking of a population and thus the most sensitive data. McDonald (2016) highlights that the more sensitive data is, the more likely it is to be abused. The researcher, who analyzed the use and benefit of CDR sourcing during the Ebola epidemic, points out that the sharing of CDR is likely to violate laws of privacy. He is also critical of the collection, use and international transfer of identifiable data in so-called „extra-legal grey areas“ in which humanitarian interventions often take place (p.18): Whereas mature democracies, high on transparency and privacy rights, might make good and helpful use of big data, “it can lead to a far more restrictive, censorious and pervasive monitoring of movements, transactions and communications“ in states where such legal frameworks are not in place (Hattotuwa, 2014).

The Ebola case study McDonal published gives interesting insights into the actual employment of digital innovations in humanitarian responses. While big data surely can be of immense use for crisis responses, the Ebola case study shows that current approaches, though smart solutions among them, are implemented immaturely. McDonald examples messages services for the engagement of crisis affected communities, yet they did not offer a connection to the respondents and were consequently inadequate to deliver actual aid. It seems like the hype for big data solutions and the corporate pursuit to own data, currently evokes more short-sighted and commercially-driven solutions than actual practical ones. I found McDonalds overall perspective on technological solutions, expressed in the following citation, interesting as he sees the complexity and added difficulty rather than facilitation – something that technological advances usually promise. This, however, highlights the complex and volatile environment in which crises stage:

“The prominence of information technologies as components of the operational response, however, raises a host of new and traditional humanitarian response problems. The standardization of indicators, coordination of operations, and regularization of reporting – between and within response organizations – were significant problems before digitization. Each of these challenges is amplified by the complexity of new technologies, as are the incentives that compel humanitarian organizations to build market advantages over would-be collaborators.” – McDonald (2016), p. 18

Besides concerns on the use and misuse of data provided, attention also has to be directed to representation bias when interpreting CDR data. Depending on the location of the crisis and society looked at, mobile phone use is most probably not homogenous across all: children and elderly, in some areas women or especially poor people may not use mobile phones (Bengtsson et. al, 2011).
Yet conclusions on aid delivery may be based on such data, disregarding those that are not represented in it but, most likely, needing it the most (as in e.g. areas strongly affected by a natural catastrophe and consequently detached from technical / digital infrastructure).
However, a UN Global Pulse project focussing on mobile phone activity during flooding, found that the population estimates made based on mobile phone activity, even though not representative for the whole of the population, were found to be comparable with official statistics (UN Global Pulse, 2014).

The digital divide feeds into discussions not only on CDR data but also on innovations driven by mobile phone use in general.
Read (2016) highlights that the lack of technology where it is needed most enhances the digital divide and consequently, the marginalized are not empowered as often intended with digital advancement (p. 9). Simultaneously, Madianou et. al (2015) stresses that those who are most in need of connectivity and making their voices heard lack access, skills and confidence to do so.
Read (2015) points out that researchers have already made attempts to circumvent this bias by combining crowd-sourced information with “traditional approaches that rely on known sources and representative samples“ (p.10). Madianou (2015) comes to the conclusion that “Civil society and the impact of specific individuals seem to be more powerful than the presence of communication technology platforms“ regarding giving voice to low-income-people.

I wish I could conclude with a strong note on the current use and efficiency of mobile phone / CDR use for the sake of disaster relief but like often, when diving into a topic, I am left more confused than wise. Obviously, much more detail and examples need to be gathered to illustrate the complex picture of CDR-sourcing’s helpfulness and dangers. And much more experience needs to be made with the use of big data in disaster response to draw adequate solutions on which innovations work best.
I am however certain about one thing: This topic will accompany us in the coming decades.

National Geographic (2015). How Your Phone Could Save You From an Impending Earthquake. Retrieved from http://news.nationalgeographic.com/2015/04/150410-earthquake-quake-warning-gps-cellphone-smartphone-phone/

The Economist (2014). Waiting on hold. Retrieved from http://www.economist.com/news/science-and-technology/21627557-mobile-phone-records-would-help-combat-ebola-epidemic-getting-look