Not becoming Icarus: how to use Big Data wisely

The use of big data is increasingly becoming an integral part of understanding many of our current problems on a global scale.  However, when reading and reflecting upon big data, it becomes evident that the benefits are contrasted with many pitfalls and risk. It is of great importance not to have too high hopes in data and technology without remaining critical. Remember the myth of Icarus? He who fell victim of hubris, flying to close to the sun and ending up having his wings melt. In the book “Big Data: a revolution that will transform how we live, work, and think” Mayer- Schönberger and Cukier underline the importance of not having naive trust in technology: “We must guard against overreliance on data rather than repeat the error of Icarus, who adored his technical power of flight but used it improperly and tumbled into the sea” (Mayer- Schönberger, 2013, p. 170).

The authors of the book take us on a brief historical journey from Guthenberg´s invention and the realization of the power of the written word – which led to increased information flows and the need to guard misuse of it – to today´s quickly changing information society, claiming that we with the big data evolution are going through a similar tectonic shift in how big data is transforming our lives as during Gutenberg´s days. We cannot expect big data to save the world, instead we need to find a way to encourage information growth and at the same time reduce its potential harm. But whereas the printing revolution had centuries to deal with these issues, the current pace of change give us perhaps just a few years.

“In many fields, from nuclear technology to bioengineering, we first build tools that we discover can harm us and only later set out to devise the safety mechanisms to protect us from those new tools. In this regard, big data takes its place alongside other areas of society that present challenges with no absolute solutions, just ongoing questions about how we order our world. Every generation must address these issues anew. Our task is to appreciate the hazards of this powerful technology, support its development- and seize its rewards. Just as the printing press led to changes in the way society govern itself, so too does big data. If forces us to confront new challenges with new solutions. To ensure that people are protected at the same time as technology is promoted, we must not let big data develop beyond the reach of human ability to shape the technology” (Mayer- Schönberger, 2013, p. 184).

The main things that need to be assured in the era of big data are: protection of privacy, guaranteeing human freedom to act, finding ways to interpret complex algorithms underlying big-data findings and protection of those who might be harmed by this data. Starting with the issue on privacy, in the age of internet and big data, the focus has moved from the individual focus on consent to a focus on the data users´ responsibility. The spreading of information encourages creative re-use of information at the same time as it demands for measurements regarding the use. How different nations decide to regulate these things differ from societies, since social values and risks can differ. Another important aspects of effective big-data governance is our notion of justice. In the big data era we can judge people not only by what they have done, but what we predicted that they would do: this mean that we need to widen our understanding of justice and to make sure that judgments are based only on real actions and not on big-data analysis and predictions (Mayer- Schönberger, 2013, p. 172-174, 176).  “With so much seemingly objective data available, it may seem appealing to de-emotionalize and de-individualize decision-making, to rely on algorithms rather than on subjective assessments by judges and evaluators, and to frame decisions not in the language of personal responsibility but in the terms of more ‘objective’ risks and their avoidance” (Mayer- Schönberger, 2013, p. 177). Mayer- Schönberger/Cukier also bring up the difficult task of “breaking the Black Box”, meaning finding transparency and monitoring the algorithms behind big-data become which sometimes become too complex for most of us to comprehend. This will require new types of specialists/experts within organizations and institutions (Mayer- Schönberger, 2013, p. 178-179). Another important aspect regarding big data governance is preventing the uprising of what the authors call the “twenty-first century data barons, the modern equivalent of the nineteenth-century robber barons who dominated America´s railroads, steel manufacturing, and telegraph networks” (Mayer- Schönberger, 2013, p.183). 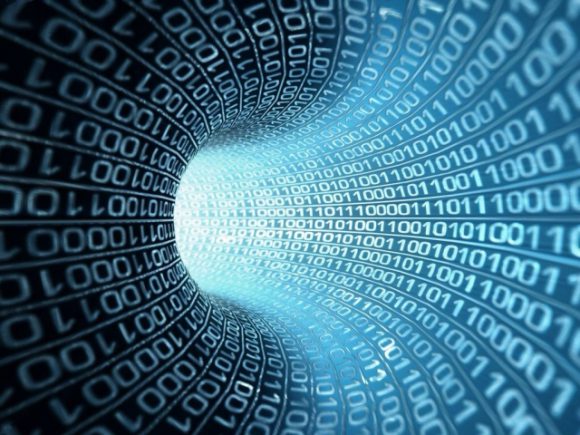 How does this all relate to development work? In many ways. Whereas the use of big data for social and economic development is expected to have the strongest beneficial effects in developing countries, especially within the health and educational sectors, those are also countries that meet the biggest challenges, since issues of personal privacy, data rights protection and civil liberties are often less developed and prioritized (Spratt, 2015, p. 31, 33).

Within the framework of the UN Global Pulse Project a document called Big Data for Development: Challenges and Opportunities, was published in 2012. In this document big data is recognized as creating “new possibilities for international development.”(UN, 2012, p. 14) The high hopes for positive outcomes of the data revolution, combined with a need for better, faster information in an age of growing global vulnerability was the reason for the creation of the Global Pulse initiative (UN, 2012, p 13). Big data can help decision makers to track the development progress, improve social protection, and realize which adjustments need to be applied to existing policies – at the same time as it raises questions about the policy relevance, analytical value, reliability and relevance to developing contexts– and of course the  privacy issue (UN, 2012, p. 4).  One possible benefit underlined in this document is how, in countries with weak institutional capacities, big data can supplement limited and often unreliable data (UN, 2012, p.11). One of the biggest technological changes in developing countries is the increased use of mobile technology – not only for personal communication, but also for transferring money, job-searching, buying/selling goods, transferring data on stock levels and prices of various commodities and getting medical information (UN, 2012, p. 9). “The spread of mobile-phone technology to the hands of billions of individuals over the past decade might be the single most significant change that has affected developing countries since the decolonization movement and the Green Revolution” (UN, 2012, p. 9). In developing countries, the use of social media is also quickly increasing – something which can enable the monitoring emerging concerns and patterns at the local level – information which can be highly relevant to global development (UN, 2012, p. 10).

The use of data for social work and development is of course nothing new.  Also “traditional data” such as survey data can of course be useful, but its collection, processing, verification and publication is often very time-consuming. As a complement to these traditional data, big data can offer an opportunity to gain deeper insights into the human experience (UN, 2012, p. 12).  But all this data is of little use in itself. Beyond the availability of raw data alone, and beyond the intent to utilize it, there needs to be capacity to understand and use data effectively. In the words of Stanford Professor Andreas Weigend, “data is the new oil; like oil, it must be refined before it can be used” (UN, 2012, p.13).  Important factors for the successful use of data is institutional and financial support from public sector actors, and the private corporations and academic world´s willingness to share data, technology and analytical tools.  In addition to this, development and implementation of new norms for responsible use and sharing of Big Data for Development is also needed, as well as new types of partnerships and new institutional structures to support it. (UN, 2012, p. 42) Another crucial factor for using big data wisely, and especially in developing countries, is contextualization. This concerns both contextualization of the data itself – how indicators should not be interpreted in isolation, and contextualization of the cultural practices which vary over the world. It is important to be aware of the ethnographic dimension in Big Data, and how norms regarding both how people communicate about their lives as well as how use services, differ widely (UN, 2012, p. 39-40). To sum up, what the UN report claims is that, used in a contextualized and balanced way, big data is no modern panacea to old development development challenges, but it does constitutes “an opportunity to bring powerful new tools to the fight against poverty, hunger and disease” (UN, 2012, p. 4).

“This paper does not claim that Big Data will simply replace the approaches, tools and systems that underpin development work. What it does say, however, is that Big Data constitutes an historic opportunity to advance our common ability to support and protect human communities by understanding the information they increasingly produce in digital forms. The question is neither “if,” nor “when,” but “how.” (UN, 2012, p. 42)

1 Response to Not becoming Icarus: how to use Big Data wisely