Social media + healthcare = a prescription for the future?

A Google-search on the terms “social media”, “healthcare” and “developing countries” generates an impressive number of articles that explain how Internet and social media is changing healthcare in developing countries in a seemingly revolutionary way. Undoubtedly new media and technology has a lot to offer in this area: from mobile health (“mHealth”) programs, communities and Facebook-groups connecting the public with experts, to projects monitoring people´s health concerns and locating the presence of epidemic diseases through various social media channels. Social media and technology can benefit people in developing countries by strenghtening the communication between volunteer health care professionals and in-country health care providers and by letting organizations expand the reach of their information beyond where doctors can go physically.  “The Internet has empowered patients to share their information and experiences and also to gain access to others’ information using social media. Social media is one […] possible digital solution for health professionals as they face up to the problems of improving provision within shrinking budgets in the industry” (Hajli, 2014, p.311). The shift from expensive high-tech health care to non-traditional health care using social media can bring positive effects in developing economies –  if  intelligent implementation and knowledge of the expectations of the users is a part of the work (Amrita, 2013, p.1).

Work with new/social media has been on the agenda for many health organizations for quite some time. It was a United Nations Millennium Development Goal target at the World Summit of the Information Society in 2003 to connect health centers and hospitals with ICT´s by 2015 (Plan of action, 2003). The WHO (World Health Organization), one organization using social media to disseminate health information, expresses the importance of accessible and accurate information for helping people take action during an outbreak or to prevent illness. The WHO calls social media a “great information equalizer” and stresses how social media has changed the monologue into a dialogue, where anyone with ICT access can be a content creator and communicator (WHO, 2009). This connects to Leah Lievrouw´s thought on how new media can encourage “mediation”, e.g. interaction, participation and sharing of meaning (Lievrouw, 2011, p. 5). 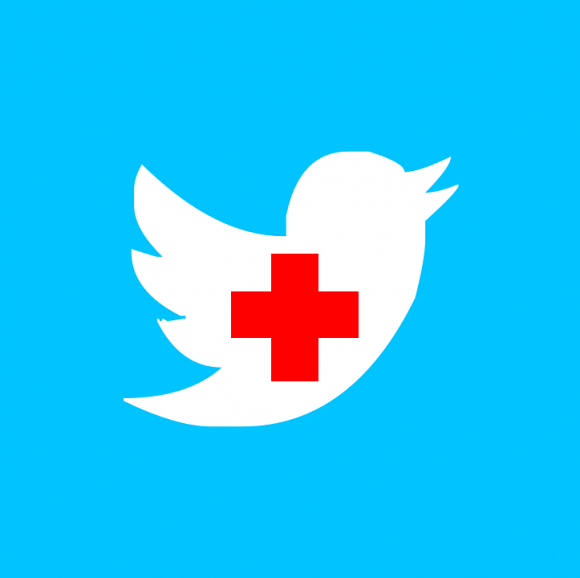 But even though online health communities are popular arenas for health information sharing, little is still known about its actual benefits in the developing world. Research on the use of social media within international development context has so far been limited (Denskus, 2013, p. 2) and above all “…little research has sought to estimate the causal effect of new media in a methodologically rigorous fashion, or to gather the rich data needed to establish causal influence” (Aday, 2010, p.7).  Most research on health information and social media is focused on marketing and advertising whereas there is a gap concerning knowledge on the actual influence on public health (WHO, 2009). There also seems to be a need of raising the awareness on how to use social media in a beneficial way.  WHO addresses some important aspects concerning how organizations and health specialist should act in the digital context in the bulletin Mixed uptake of social media among public health specialists: first of all, information on public health has to be accurate, timely and reliable.  Source credibility is critical. Many users will not check the sources and many will be confused by the conflicting information that they encounter online. “For example, there are more than 900 videos on YouTube expressing a wide range of views on vaccination and many blogs and web sites suggesting the links between smoking and lung cancer are myths” (WHO, 2011).

The WHO also underlines how the use of social media is actually a more time-consuming activity than it may seem, and that there are possible pitfalls: important health messages can become distorted when retweeted – something which can undermine the credibility of an organization. Due to the interactive nature of social media platforms, one can never fully control how the information provided will be changed by others. ”Social media and the web give people a forum to express their views, but these are debates that may never reach a conclusion. For public health specialists this can be difficult ground “(WHO, 2011). Having resources to follow up and reply if information is distorted, is fundamental when working with social media. “Once you start interacting with social media, you have to be ready to carry the work forward”, says Yousef Elbes of WHO. “You can’t just start and stop” (WHO, 2011). “A string of abandoned or infrequently tended social media accounts hurts credibility” (WHO, 2009).  An example of how information can be spread quickly and with negative consequences is how after the Fukushima disaster in Japan, rumors on Twitter flourished saying that consuming big amounts of iodized table salt would reduce the effects of radiation, when instead this can lead to hypertension. A WHO Communications officer took this problem seriously and managed to correct the disinformation (WHO, 2011).

So which is the way to go? “Identify what needs to be said and why, to whom and when. Focus efforts on the specific social media tools relevant to the audience and use them consistently”  (WHO, 2009). For instance,  in countries with bad access to internet it might be easier to use e-mail-lists as a networking tool than social-networking web sites. And last but not least, health professionals  should not only to “pass down” information”  – but instead use social media to engage in a conversation (WHO, 2009).

Although focusing on new media and political movements, the main arguments in the article  Blogs and Bullets are relevant also within the healthcare context. In this article, Sean Aday stresses the importance, especially for policymakers, of being skeptical towards “sweeping claims about the democratizing power of new media” (Aday p 8. 26). The Internet is not a “magic bullet.” At best, it may be a “rusty bullet.” According to Aday, scholars and policymakers need to have a more nuanced view of new media’s role in democratization and social change, a view that acknowledges both its positive and negative effects (Aday, 2010,  p 5). With that said, social media tools do offer a possibility to bring important health information to many in an efficient way. “After all, one fact sheet or an emergency message about an outbreak can be spread through Twitter faster than any influenza virus. It’s an opportunity for health professionals to explore, listen and engage” (WHO, 2009).

This entry was posted in Social media and tagged Health care. Bookmark the permalink.

2 Responses to Social media + healthcare = a prescription for the future?