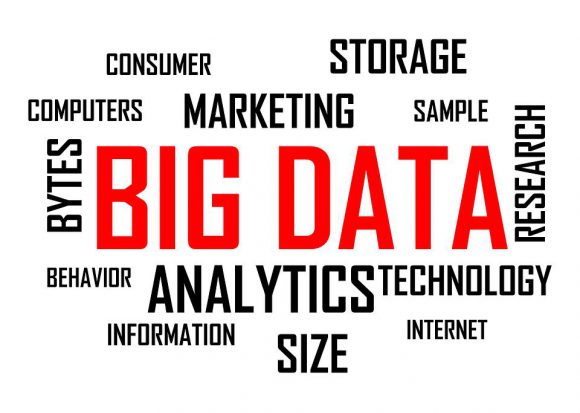 After having read the literature assigned to us in this course, I feel like I have a somewhat unclear reflection of the concept and critique of big data, especially in regards to the concerns discussed related to the risk of discrimination, bias, the consequences and risks presented by a ´digital divide’ and a lack of statistical certainty and accuracy (Spratt & Baker 2016).

There is an intense discussion taking place concerning the dangers and benefits with using big data in development work, a change driven by the development and use of new technology and the growing rate of data collection (Spratt & Baker 2016). Spratt & Baker (2016) refer to big data as “as our growing ability to generate, manage, analyse and synthesise data to create and destroy different forms of value”, and according to them big data has the potential to create increased efficiency, a reduction of costs and an increase of productivity, and as described – being counted means potentially obtaining access to resources (Taylor & Schroeder 2015), but they also discuss the negative aspects which includes the risk of it increasing the digital divide along with privacy concerns, discrimination, an undermining of civil liberties and job losses (Spratt & Baker 2016).

On the positive side of the ‘datafication’ process and the increased use of big data in humanitarian and development work, is the way in which it can be used as a tool for mapping problems and thus create a possibility to obtain an oversight of issues and an idea of how to deal with them (Spratt & Baker 2016). This might be one of the most helpful effects of big data use and definitely a tool that, in my view, fills a gap and a need since it can help focus operations to where it is most needed. And as they discuss, it is difficult to argue with the positive outcomes it can create – especially in regards to humanitarian contexts where it can save live and in such situations they claim that it is easy to argue for the benefits outweighing the downsides mentioned.

What I found interesting when reading the literature mainly lies in the critique of the use of big data. I understand, and share, the apprehensions regarding privacy concerns. I feel it is a legitimate and serious risk that needs to be taken in to consideration and something that needs to be discussed extensively. But, on the other hand, it is clear that there are serious problems with traditional statistical tools as well as presented by Jerven (2013). These, commonly accepted statistical tools, which have a huge impact on how the world views a country and the measures taken to act towards it, are evidently deeply inaccurate (Jerven 2013). According to him “statistical capacity, or the ability to adhere to the global standard, depends critically on the resources and information available at any given time and place” (2013:3) which begs me to question where the difference between traditional statistical tools and the use of big data actually lies, except in the method used.

In regards to the accuracy of statistics, many of the writers have suggested a need to include cultural and contextual knowledge when reading and drawing conclusions based on data (Read, Taithe &Mac Gint, 2016) According Jerven (2013), the national statistical offices in the African countries discussed are the ones compiling the data collected and as such they should have the statistical knowledge necessary to make accurate assumptions but – as he explains – the quality of the data depends on the quality of the activities of the office (Jerven 2013:13) as well as the problems found within the primary source (2013:20). He also mentions the need for statiscians to make ´guesstimates´when working with the data presented, and the need to understand and know “under which conditions the data were produced” (2013:13). These issues are also found, and discussed, in connection to the use of big data – the awareness of the sources, the need for culturally specific awareness and also the need to make informed ´guesstimates´when information is missing which in turn might have implications on the result.

I guess my reflection on the topic of big data is: what is the difference? The conclusion one can draw after having read the literature is that statistics and data needs to be based on much more than only numbers, and that there are many issues to be aware of and precautions one need to take when working with it. So, even though there are differences between big data and more traditional statistical tools, is there a notable difference in accuracy and quality which disqualifies big data as a statistical resource in humanitarian and development work? I am not sure I believe it is since they present more or less the same problems in regards to the conclusions that can be drawn.

The critique concerning big data concerning bias and the privacy issues for example, are issues of concern and they need to be taken into consideration. But in my view, traditional statistical measuring methods also have serious negative issues that I feel, to a certain extent, are brushed under the rug and somehow ignored for “the greater good” hence creating a somewhat hypocritical view on big data. Both methods seem to need the same type of precautions such as contextual data, knowing the origin of the data and being careful when reading and drawing conclusions from the data. My question is whether the critique and the fear of the use of big data of any sorts, including in development or humanitarian work, is not just a fear of what is new and of a possible change – just as presented by Read, Taithe &Mac Ginty (2016). They show that the view of humanitarian work, the systems used and the organisation of such work has developed over the course of time, and that new methods seem to always have been greeted with fear and criticism. So, going back to my question – what is the difference this time?

Jerven, M. 2013: Poor Numbers: How We Are Misled By African Development Statistics and What To Do About it. Ithaca, NY: Cornell University Press.

This entry was posted on Sunday, October 16th, 2016 at 7:43 pm and is filed under Julia. You can follow any comments to this entry through the RSS 2.0 feed. Both comments and pings are currently closed.