This is what I thought at age 21, when I started my first professional job in the marketing department of an international aid organisation. I wouldn’t be going to the elusive ‘field’, perhaps not ever. But a lot of my colleagues – experts in areas such as water and sanitation or early childhood education – often disappeared to the field for weeks on end. They were seasoned aid workers who usually shared little from their trips, for these jaunts were just a regular part of the job for them. To me, this mystery made the field and all its associations even more elusive and exclusive.

Aid and development workers often work in remote or unstable locations. Western staff who are deployed overseas – expat aid workers – are often faced with amenities and resources much more limited than at home. Medecins Sans Frontieres emphasises the need for aid workers to demonstrate flexibility and adaptability, with life in the field often involving cultural differences, basic living conditions and safety risks. The organisation warns that aid should not be viewed as an adventure: “By becoming an aid worker you are acting in solidarity with populations in need”.

Often expat aid workers blog about their experiences in-country. Research by Denskus and Papan (2013, p. 459) looks at the trend of anonymous blogging among staff in the field, finding that expat aid workers often blog to organise their thoughts and share insights into the realities of their work. Denskus and Papan (2013, p. 463) argue that these blogs have the potential to “add transparency and accountability to everyday, small-scale development processes”.

Enter Stuff Expat Aid Workers Like (SEAWL). Self-described as “sometimes satirical, sometimes ironic, usually humorous (but sometimes dead serious), always honest vignettes of the humanitarian aid industry from the inside”, SEAWL is a blog featuring posts by anonymous bloggers Shotgun Shack and J., as well as occasional guest writers. While the blog has been inactive recently, each post focuses on a different facet of life as an expat aid worker in the field.

According to the SEAWL bloggers, life as an expat aid worker is a combination of establishing field cred, replying “all” to emails and blogging for the folks back home. It’s about going native, explaining local culture to locals, and pretending not to see other expat aid workers. This ties in with Denskus and Papan’s (2013, p. 463) findings that many development blogs reflect a “desire to tell stories from an insider’s perspective and outside the official organisational communication channels”. They add that expat aid worker blogs commonly highlight the “often blurred boundaries between work and private lives that aid workers experience in developing countries” (2013, p. 463). 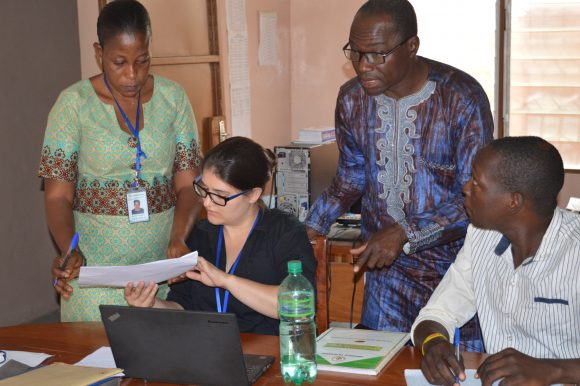 This is what I find refreshing about SEAWL. While the posts are reflective and do critique development, they’re not about analysing policy or sharing success stories of project beneficiaries. The posts are representations of aid work and aid workers, by aid workers. These are foreigners who are often very skilled and experienced, but are working in environments that are strange to them and where they are strangers. In these environments, it’s often not the aid delivery itself which is most memorable or influential on an expat aid worker’s experience. One of my favourite SEAWL posts stresses how a passport is essential to developing field cred, and how expat aid workers will often share stories of how they acquired particular stamps. The post emphasises that an expat aid worker’s passport needs to be “reasonably mishandled and the cover be somewhat wiped” – a new passport is a big no-no. If such experiences are the reality of aid work for many expat aid workers, or the more dominant or interesting part of their work, then why not share it, and find the humour in it at the same time?

A year or so into my first job, I made it to the field. I filled my passport with stamps. I saw the UN Land Cruisers in the countryside. I kept a blog for the folks back home. I wouldn’t necessarily describe myself using adjectives like cultured, resilient and compassionate. What I read on SEAWL largely reflected my own experiences in the field, even if those experiences weren’t what my friends and family thought of when they pictured “aid work”. But that’s the point. SEAWL is portraying aid work as many aid workers experience it. Other sources may portray aid work very differently, and that’s ok – those representations are also valid. But SEAWL has produced a narrative on aid work and aid workers in a space where such representations – ones based on the humorous day-to-day realities, often far removed from “aid work” – are less common. It is “these stories, admittances of failure, insights into complex local processes and realities of development as an industry and lifestyle” which can help to provide a more rounded picture of aid work (Denskus and Papan, 2013, p. 466).

Christie is a marketing and communications professional from Melbourne, Australia. She has several years of experience in not-for-profit organisations in the international development, health and animal welfare sectors. She has also spent time in Bangkok and Jakarta working on aid programs. Christie holds a Bachelor of Communication (Journalism) from RMIT University.
View all posts by Christie →