Giving money with no strings attached is, obviously, in itself an interesting proposition, but it’s also one that raises a number of questions about the politics of development. Unconditional Cash Transfers (UCTs), which is the more formal term, challenges the way development has been working for the past… well, actually, since the dawn of the aid machinery as we know it. UCTs stimulate an important debate around representations of development; is giving money as persuasive – or, more provocatively put, as visually “attractive” – as the visuals of traditional aid work? The answer to that question will, undoubtedly, influence the future of development communication.

Those of you who are familiar with UCTs are well aware that the idea has been around for quite some time. It would appear, however, that we’re seeing heightened interest, perhaps partly because of the hype around GiveDirectly, a US-based NGO backed by big names from the Silicon Valley tech scene. Google was among the first to chip in, contributing $2.4 million in 2012. Others have followed suit, and the charity has by now received $100 million in total donations. So what’s the hype about? GiveDirectly approaches the “poorest possible recipients” in Kenya and Uganda, and offer them cash via mobiles – no strings attached. Recipients use mobile money provider M-PESA to withdraw, send and deposit funds. (If you’re interested in details, check out their FAQ page.)

While GiveDirectly is fairly cautious about its success so far, the organization does claim that it has documented “large, positive, and sustainable impacts across a wide range of outcomes including assets, earnings (from sources other than our transfers), food security, mental health, and domestic violence, after on average four months”. It is now investigating the long-term macroeconomic impact, while concurrently trying out basic income programs, also known as Unconditional Basic Income (UBI).

But critics have expressed caution. Kevin Starr and Laura Hattendorf wrote a piece in 2014 in the Stanford Social Innovation Review, suggesting that “[t]he excitement about unconditional cash transfers is perhaps more a reflection of the sorry state of development aid overall than of the real impact of the cash itself”. Their assessment is, however, mostly based on a study from 2013 (GiveDirectly has tweaked its approach since). But they are probably right in predicting that UCTs are “more of a 1-year reprieve from deprivation than a cost-effective, lasting ‘solution to poverty’”. Although, I would not want to be overconfident in that respect either: a report from UNICEF on a government-led UCT program in Zambia claims that, “After three years, we observe that household spending is 59 per cent larger than the value of the transfer received, implying a sizeable multiplier effect. These multipliers work through increased non-farm business activity and agricultural production”. 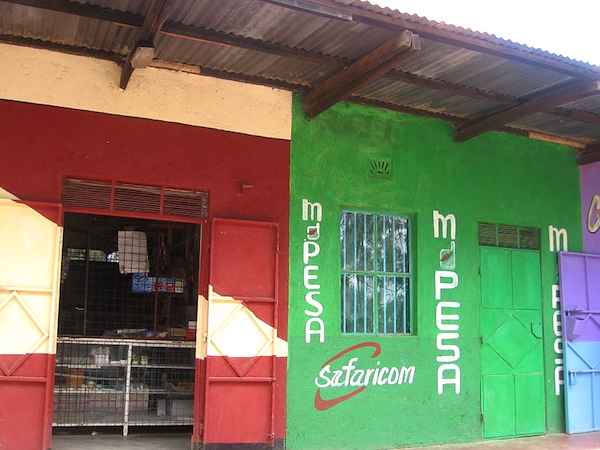 So while there will surely be things to improve along the way, optimism about GiveDirectly’s work remains pretty widespread. In a recent piece for The New York Times, journalist Annie Lowrie does a good job highlighting the benefits of the GiveDirectly basic income program: one woman can now provide food to her children; another can finally fix the broken roof; and, as Lowrie notes, many more “made plans that were entrepreneurial”. Of course, this isn’t exactly the same model as the UCT approach, but both rely on the unconditional transfer of cash.

You may wonder where I’m going with all of this. Sure. Here’s what: While there is definitely reason for caution (as always when something is hyped in development), I do think that the most critical challenge for the UCT experiment, or basic income for that matter (when it comes in the form of aid, that is), is likely to come from the development industry itself – and it’ll be driven by self-interest and a troubling legacy of stereotyping. Let’s start with the self-interest part. As noted in the abovementioned NYT piece, as much as 94 percent of aid is noncash. This means that you’ll face a lot of donor resistance when pushing for UCTs. There are already concerns about welfare dependency, that people will stop working, or simply spend the money on things like alcohol (the GiveDirectly-commissioned study claims that this is not the case). Lowrie also points out that there is “institutional inertia” – top-down organizational structures make cash transfer difficult to implement, even where it’s supported. There is also the fact that UCTs are, basically, a critique that strikes at the very heart of mainstream development. “It’s easy to muster evidence that you should be giving cash instead of fertilizer,” Justin Sandefur of the Center for Global Development told Lowrie. “The harder argument is: You should shut down your U.S.A.I.D. program, which is bigger than the education budget of Liberia, and give the money to Liberians. That’s the radical critique”.

Now, there is another factor, or assumption if you will, which is frankly the one I am most provoked by; namely that UCTs aren’t as visually persuasive for Western (donor) publics as images of starving kids being offered expensive vaccine. I wouldn’t be surprised if this was the case. We see poverty fetishism all the time, from Band Aid in the 80s to contemporary development communication. The anthology Africa’s Media Image in the 21st century does a splendid job at deconstructing the marketization of suffering, or ‘poverty porn’ as Eliza Anyangwe notes in her chapter on Africa’s development story. She also writes:

The news media’s obsession with death, destruction, and disease means that charities, however worthy of international media attention their work is, have to find the right language to capture an editor’s imagination.

Consequently, the spectacle of aid feeds off of the sensational, and it is a culture that we must all take responsibility for, but perhaps especially those who are working in development and who are, after all, the ones who make decisions on advocacy and campaigning. They have the power to reframe the narrative.

In a piece on development as co-creation, Tacchi, Kitner and Mulenahalli look at two separate initiatives in India that rely on forms of co-creation with community participation. In these cases, development isn’t something that is merely done ‘to’ or ‘for’ communities, but rather ‘in collaboration with’. UCTs arguably go even further, giving the power of choice to people, who can then decide, on their own, exactly how to distribute their money. These are exciting (relatively) new forms of development work, and one can only hope that they also trigger a shift in the way development is communicated. I think it might, or at least the potential is there. As Timothy Weidel notes, GiveDirectly provides an avenue that both “respect[s] and promote[s] the autonomy of the poor”. Isn’t this, after all, precisely what development is about?

ps. Here’s a good podcast on the anthology mentioned above:

Adam has several years of experience working in the intersections of journalism, media development, politics and education. He is co-founder of the independent platform www.yourmiddleeast.com, and has lectured extensively on issues relating to the Middle East, migration, cross-cultural understanding and media representations. He has an M.A. in Arabic and International Relations from the University of St Andrews, UK.
View all posts by Adam →