In line with David´s last post on the harmful side of the digital activism, I invite our readers to reflect on new forms of control and resistance taking shape in globalization times, and their potentials in a post-capitalocene era. I start with a challenge: 18 years after the launch of the first Indymedia center, how can we restore the hope in a “digital revolution” towards “another possible world, journalism, citizenship, democracy etc” when the eight richest men in the world have the same wealth as the 50% poorest and the ´Matrix´ keeps going more controlling and  market-driven year by year?

When it comes to the technological face of the current abyssal imbalances, the digital divide, it always seems to me that we live in some kind of Alice´s Wonderland where a few discuss the next tech revolution and the promise of an ultra-connected society by the internet of things, while more than a half of the world population have no access to internet – and a part of the other half is resiliently trying to embrace it by its own “outsider” means. For this people, the relationship with the digital world – when it exists – hangs between the scarcity of resources versus the urge to run creative-out-of-nothing solutions to all kinds of problems, and submission to new forms of oppression imposed by platform capitalism contentions and/or “repressive governments (…) becoming better at using these tools to suppress dissent”[1].

It is thus clear that the world is facing a new era of challenges concerning advances in social transformation with the usage of new media and digital tools. This new scenario requires to go from a romantic view of the internet as solution per se – which is still generated from the first and second generations of activists and social movements like the Arab Spring – to a honest look at a reality in which not only the digital is still very limited in its accessibility, but highly embedded in political and economic power relations. While we hang in the balance between a (fake) sense of the “seeming presence of new media everywhere” and the idea that it will “eventually be accessible for everyone”, a lingering question-mark remains regarding “how this assumption will actually be realized in form of greater access for people in disadvantaged areas or groups”[2] (italic added).

In the Trasmediale 2017, a festival of art and digital culture held in Berlin in the beginning of February,  debates such as these converged in the concept of digital colonization. In their panel on the theme, Geert Lovink, Maya Indira Ganesh, Geraldine Juárez, and Alan Mills discussed how companies like Facebook and Google “possess the power to shape ideologies, beliefs, and desires by offering a range of services from providing internet access to supplying infrastructures for the accumulation and organization of information”[3]. And this, they say, is only one face of this new reality. The other, in my opinion more serious, is the submission of poor countries to western IT companies with power to drive the shape of local technology. Again, I feel like waking up from our small parallel world full of gadgets connected to broadband for the following words of the media artist Coelynn McIninch:

Unlike the traditional turn-of-the-century colonization that included physical occupation, oppression and exploitation, today’s communication technologies virtual eliminate the need for a costly physical insurgence. The reasons behind the push for technology in non-tech cultures are actually quite similar to that of the early European colonists[4].

So, if there is a remaining question, one way more complex than discussing what the last advance in technology can bring for the world, what can we do? First, we can give up our naivety and engage in the endeavor of understanding the digital colonialism and how it is deeply embedded in our lives. Just like we are waking up to the “truth of a post-truth era”, it is urgent to develop a sharper skepticism with the digital world in order to advance to more informed and less damaging choices. Second, we should compromise with the hope on social transformations along with inspiring anti-digital-colonial initiatives. Once again, I turn my eyes to the Global South in order to identify forms of resistance emerging from this clash – which, ultimately, can help imaging futures paths for real citizen-led digital millieux. Here are four recent cases:

Lauched in 2015, the internet.org (and its app Free Basics) is a partnership between Facebook and telecomm companies which aims to “bring affordable access to selected internet services to less developed countries”. In november 2016, there were about 40 million people using it – all of them outside India. Criticized for violating net neutrality, in 2016, Facebook was accused by the Telecom Regulatory Authority of India (TRAI) of failing to pass on the four questions in the regulator’s consultation paper and also blocking access to TRAI’s designated email for feedback on Free Basics, prompting Facebook to withdraw the new platform from the country. The movement questioning Free Basics neutrality counted on the activism of Indian journalists and startups and has been showed as the Facebook´s greatest setback so far. It is also an example of how critical collective action can tackle the harmful effects of corporative initiatives wrapped in the “zero-rating” discourse.

Is a digital communications tool designed to offer a secure and collaborative and community-based network in places were communications blackouts are daily reality. Egypt, Burma and Tibet are some of the countries were the tool has been successfully used during revolutions and uprisings due to its power as an alternative to government and corporate controlled platforms. Places suffering from natural disasters and subsequent power outages are also using qual.net. The tool creates a redundant, open communication code in which “wireless-enabled computers and mobile devices can directly form a spontaneous network”. It allows text messaging, file sharing and voice calls independent of internet and cellular networks and can be shared like a “virus”. According to the description of qaul.net on the web, it enables “new modes of action and reflection” in the “age of constructive and collaborative culture techniques”. For me, the greatest message of qual.net, along with this almost irritating simplicity, is that there is a whole world outside the “Matrix” claiming to be unveiled and grabbed by the common citizen when the talk is addressing digital oppressions. A world where “the digital convergence of media technologies coupled with the internet connectivity of computer terminals constitute a prime canvas where political participation has been repainted”[5].

Is a digital and physical open-sourced network created by the people of the village of Santaporo in the North of Greece as a responsive collective action to survive the recession and join the internet era (watch the doc bellow). Beaten by the great Greek unemployment rate, especially among young people, and the lack of Internet or any digitally connected networks for local people to use, locals and associations have united and built their own DIY wireless network to provide free internet to 15 villages in the region. It is a great example of emerging grass-roots forms of solidarity facing digital divide challenges. As a Brazilian, it just ringed a bell: projects like Sarantaporo have been set up in our favelas along the last decades (see the next project). So we may be experiencing an exchange of this kind of collective knowledge to more westernized scenarios in the face of questions emerging from the economic and mass immigration crisis in the Mediterranean area.

So here it is, the Brazilian case. GatoMÍDIA is a project of coexistence and learning in media and technology for youngsters launched 2013 in the Complexo do Alemão, one of the largest favelas in Rio de Janeiro. Through workshops, collective projects and lab immersions, the initiative aims to stimulate young and black people produce their own communication, network and connections. The basic principles of GatoMÍDIA are the formation of culture makers with the use of gatos or gambiarras, a particular Brazilian way of kludging. The gatos can be understood both as a subversive way people in favelas access unaffordable basic services (water, light, Internet or cable TV) through clandestine installations AND recreation of autonomy, experimentation, identity and agency. In both cases, it is fundamentally a case of resistance by subverting and questioning power itineraries of the contemporary colonization.

Like cracks in the digital scenario previously discussed, those projects are creating grass-root and community engaged alternatives to a system that keeps imposing political and economic-driven demands above our common needs. By bringing a few of them to light, however, my intention is to leave more questions than answers for the next debates on the power of the digital towards urgent global transformations. Above all questions, one stands: are we starting to experience a new wave of citizen-led initiatives, this time less celebrative and more quiet, yet more rooted in daily realities of the “outside half”? If so, how can this “diffuse resistance” survive the cooptation by hegemonic interests and evolve to “a more fundamental, revolutionary change”[6]?  You are welcome to join this discussion in the comments area. 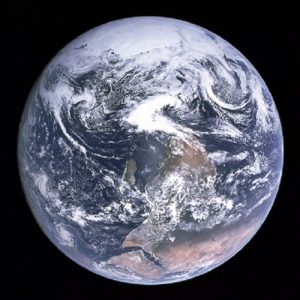