“Auschwitz begins wherever someone looks at a slaughterhouse and thinks: they’re only animals.”
― Theodor W. Adorno

If you have worked in a developing country before, one of the first things you will undoubtedly become aware of are the living standards of the people in that country as well as the resources and services available to them. It will take only a small number of conversations to realise the constraints and challenges that are irredeemably evident as a result of poverty. It is understandable that animal welfare-related issues may assume lower priority in some countries, specially in the Global South, where funds are scarce and problematics are abundant. Most people in underdeveloped nations think of animal welfare concern as a “luxury” of the developed world where human needs are manifestly met. But let’s reflect for a moment! Development will not be sustainable if important aspects of humanity such as animal well-being and human-animal relationships, are not included in development programmes. I can guarantee you that! 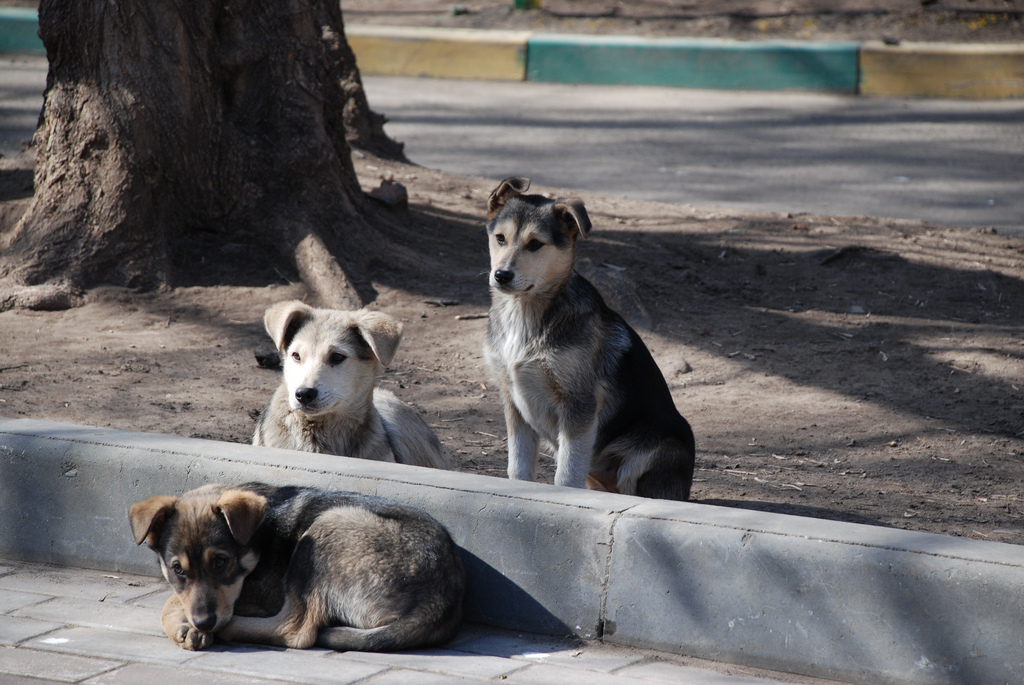 Unmanageable dog populations which strike many cities in the global south have a negative effect on people’s health and well-being. According to the World Health Organization (WHO): “more than 55,000 people die of rabies every year, 95% of them in Asia and Africa. India accounts for almost 70% of all the human rabies deaths in the world”. [1] Many human illnesses come not only from dogs but from other domestic animals. As I understand it, the prevention of animal diseases should be fundamental for safeguarding the future of our modern society. Millions of people, specially in poor countries, depend directly on animals for income, social status and security; other exclusively for food and clothing, being the welfare of their animals essential for their livelihood and survival.

Nevertheless, animal abuse and neglect is an ongoing indisputable documented problem for our society. “A deeper look into the lives of factory farmed animals reveals that we have created a huge prison system for animals where they are no longer considered sentient beings, capable of feelings, thoughts, and pain, but instead are treated as products on an assembly line from the moment they are born to the moment they are murdered”. [2] According to Green One Planet, “more than 80 % of pigs have pneumonia upon slaughter” because of the dirty and unhygienic cages where they are forced to live in on factory farms which are treated with dangerous gases from manure. “Animals are forced to grow up to three times faster than nature intended” and “dairy cows are killed after just three lactation cycles”.

There are also some other atrocious forms of organized animal cruelty which still takes places in both the Global North and South: dogfighting.“dogs who are used for fighting are usually kept penned or chained (often with heavy logging chains), and many are taunted and starved in order to trigger extreme survival instincts and encourage aggression. Many dogs are injected with steroids, and some dogfighters even sharpen their dogs’ teeth, cut off their ears (to prevent another dog from latching on), and add roach poison to their food so that their fur might taste bad to other dogs”. [3] Dogfighting is extremely popular in many parts of rural Afghanistan and Pakistan. It is not only a way of entertaining but also an aisle for social interaction.

“Development agencies that fail to take animal welfare into account may miss important opportunities to improve the lives of people.” Food and Agriculture Organization (FAO). 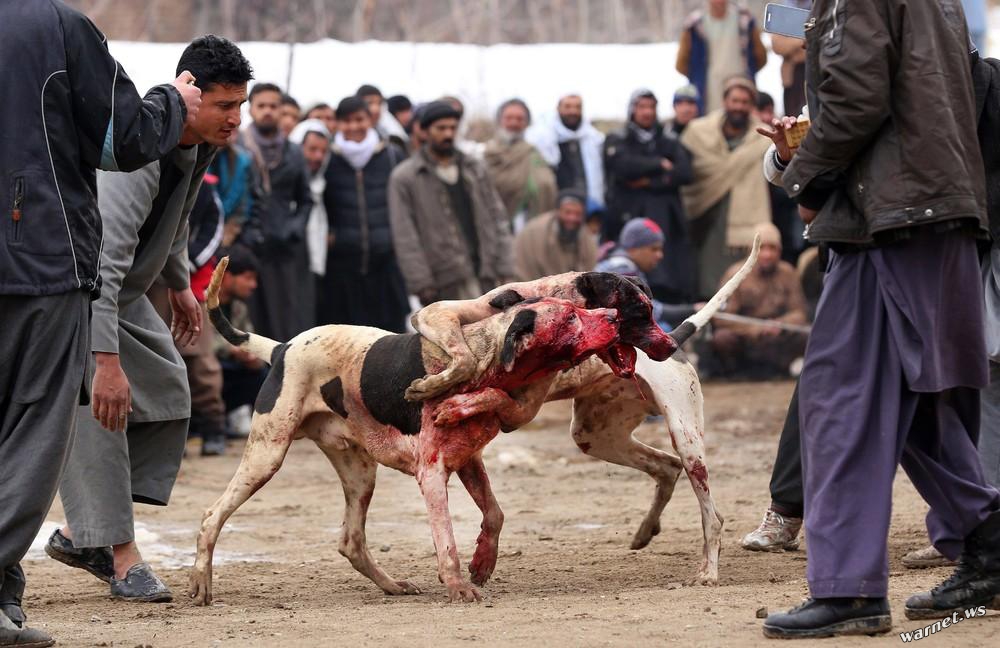 In 2008, FAO stated that for many important reasons, the organization “decided to give more explicit and strategic attention to animal welfare in its capacity building activities in countries with developing economies. To guide its activities, the FAO convened an Expert Meeting to provide advice on ‘Capacity building to implement good animal welfare practices”. [4] They concluded that: “animals help preserve stable rural communities. Good animal welfare practices can also contribute to food safety and to human health and psychological well-being. Especially in parts of the world where many people suffer from poverty and starvation, an approach to animal welfare that focuses on benefits to people is most likely to succeed”.

But what about digital advocacy on animal rights? News spreads faster than fire. The availability of mass communication makes it easy for organizations and e-activists to reach audiences. Our society is surrounded by the constant buzz of mass communication in forms of tweets, blogs and Instagram pictures and contributing to that buzz are the fundraising campaigns of animal rights organizations. “Participation ‘through’ the media deals with the opportunities for extensive participation in public debate and for self-representation in the public spheres, thus, entering the realm of enabling and facilitating macro-participation”. [5] 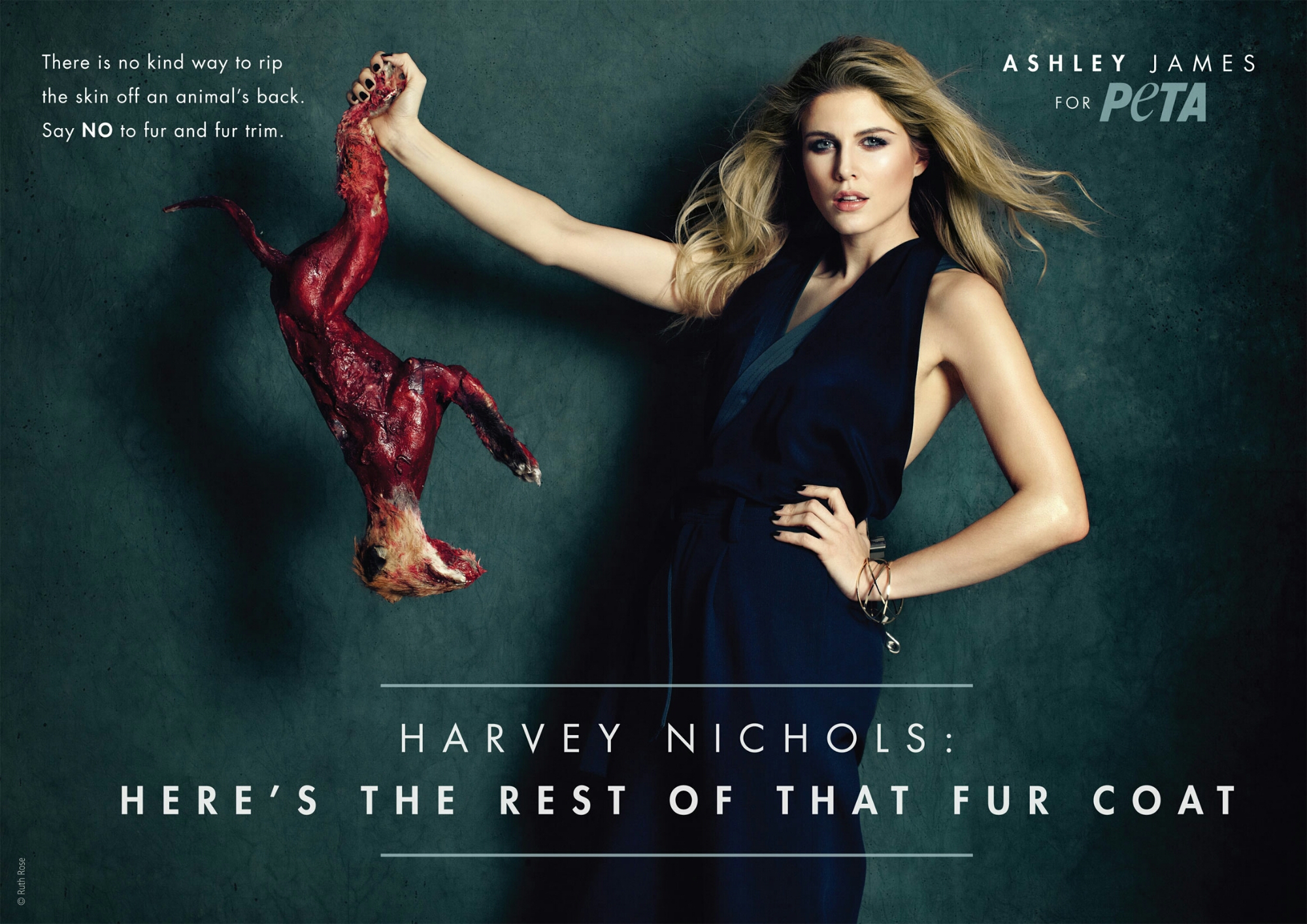 The support of celebrities is beneficial to campaigns on social media, specially when they are as controversial as this one. If a celebrity endorses a campaign, it has a chance of becoming a popular cause; if over a hundred celebrities endorse a campaign, there is almost no way to silence it. PETA has created similar slogans for the campaign such as “Ink, Not Mink” for celebrities showing off their tattooed bodies, as well as “Be Comfortable In Your OWN Skin” and “If You Wouldn’t Wear Your Dog…” to promote their values and moral guidelines. This is what digital advocacy is all about: “it enables policy-oriented organizations to make a difference in the public sector through collective civic engagement”. [6] By influencing public perception, the policymaking process and particular legislators on animal welfare, PETA has encouraged and boosted development around the world. In 2016, Following appeals from PETA activists, “the Indian government changes its drug testing requirements to avoid duplicative testing on animals for new drugs and saves many thousands of animals from laboratory experiments”. [7]

“In a gentle way, you can shake the world.” ― Mahatma Gandhi
#RESIST