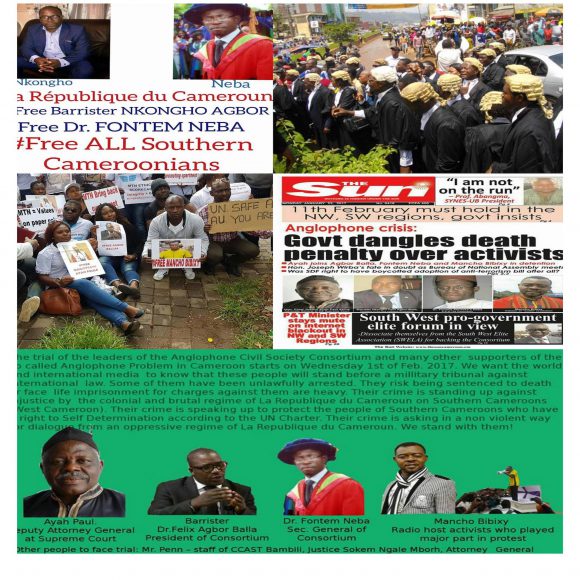 The profoundness of new media in political activism, whether in the realm of contentious politics or social movements need to be recognised in a changing world where citizens are shifting their participation in activism from physical to social media platforms. Globalisation of communication technology tools, coupled with a changing awareness of political activism in previously less informed societies, especially developing countries, has changed the political playing field for both governments, social movements, civil society, non-governmental organisations and  citizens interactions in contentious politics and social movement activitie. These dynamics are evident in the Southern Cameroon anglophone movements.

In early 2016, the Cameroon anglophone lawyers lodged a complain with the ministry of justice to sort for a compromise regarding the marginalisation of the Cameroon judicial system. According to the Cameroon constitution of 1961 that saw Southern Cameroon united with French Cameroon, Cameroon is a two state federation. This meant that each system has to maintain its judicial system, the French civil law is for the francophones and the English common law is for the anglophones. But along the line, the French side of the country, aided by France has systematically marginalised the anglophone side of the country by sending judges from the francophone side with civil law expertise, with no english background to preside over common law cases in anglophone courts. Unfortunately, the government did not respond to the complain, as a results, lawyers from the two English speaking regions, South West and North West regions started staging peaceful demonstrations. The government resorted to arrests and brutalisation of anglophone lawyers on the streets. 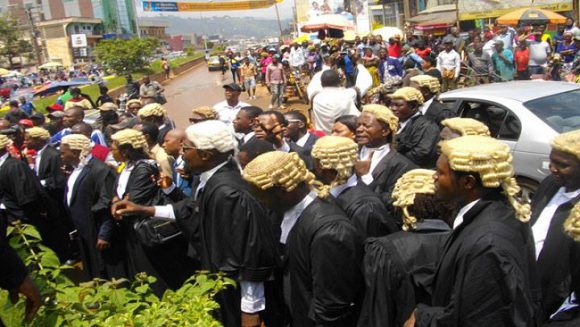 Anglophones teachers union followed suit with their own protests against the assimilation of the anglo-saxon educational system by the French system in which the government responded with excessive force. This culminated to the formation of Southern Cameroon consortium movement comprising of all the unions including student unions in the two anglophone regions to demand for a federated state based on the 1961 constitution. All schools in Southern Cameroon were declared closed until the government meet up with the demands of the consortium. Huge and peaceful demonstrations were consistently staged to force the government to come to the table for dialogue. The Cameroon government responded with excessive force, many university students from anglophone universities in Buea and Bamenda were rape, maim, kill, humiliated and jailed. The last stroke that broke the camels back was when the leaders of the Consortium were arrested in Anglophone region and ferried overnight to the capital Yaounde and charged with treason for protesting and demanding for the government to respond to their demands.

While all this was unfolding, there was a juxtaposition of new media and main stream media in reporting all the events that were taking place. But what was quite interesting is how government downplayed the power of new media such as Facebook, WhatsApp, twitter etc., and the interests that individual actors and a collectivity of population has on social media as a tool for activism (Earl and Kimport, 2011; Bimber et al., 2012; Gerbaudo, 2012; Bennett and Segerberg, 2013). The president went on national television to say that “the people of anglophone think they will get what they want through WhatsApp and facebook”. The reason he said this is because state TV is the main source of information for those who live in rural areas, and for the past decades government has been using state TV to send out distorted information about contentious issues. Unfortunately this time it backfired because of the availability of communication technologies and its associated tools for instant communication .