BREAKING THE DIGITAL DIVIDE: THE PARADOX OF NEW MEDIA IN DEVELOPING COUNTRIES 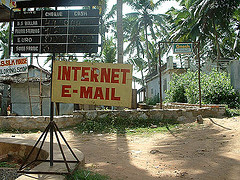 There´s a growing conception of how  people think about new media (internet) as a groundbreaking link that has transformed the way people live their lives, and yet researchers and practitioners in the field of ICT and development often struggle to prove specific impacts of the technology to funders, Kleine D. (2010).

There is an apparent recognition of the huge development potential, incorporating political participation, in new media and its associated technologies, but the paradox lies in how this potential is translated to meet the needs and aspiration of the people who are in dare need of development. The techno-deterministic concept of development assumes that the level of penetration of information technology in poorer countries is a determining factor that will spur economic growth, without that developing countries are doomed to remain backward. With this assertion, development performance is equated to how a country is digitally connected. Hence, many development policies are becoming more and more linked to bridging the digital divide assume to slow down development in developing countries as compared to Western countries. This can be misleading because development is not only related to technical solutions, it also relates to the socioeconomic circumstances in any society, Nederveen Pieterse, J. (2010: p. 167 ). Because of this, the techno-deterministic position of development is viewed to be a reflection of neoliberal thinking in the form of digital capitalism that still maintains the status quo of neoliberal development strategies.

Using internet with its associated new media tools is not a prerequisite to development except the people benefiting from internet penetration acquire the skills, expertise and financial resources to enable them use these tools in different ways to force governments to interact with them on issues that affect their lives. Although people in developing countries can use social media to voice out their grievances on many issues, the question lies in how many can read and write or how many can use new media platforms like blogs. Also, the cost of smart phones or computers in which new media tools are assessable is a determining factor on the use of new media for sociopolitical and economic activism to force governments in developing countries to meet up with development challenges. 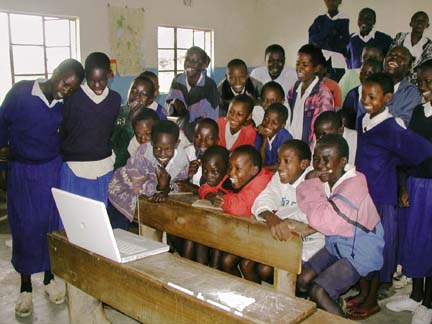 So, if development is assumed to be stalled or slow in developing countries because of digital divide in terms of the level of penetration of new media that can enable people to hold their governments accountable as compared to Western countries where citizens use new media for contentious issues that affects their communities, history of international development efforts tells the contrary (ibid: p. 168). As pointed out by Wade (2002: 444), “the divide today hardly exist”, so if the main reason for bridging the digital divide is to narrow the income gap within and without countries, then the whole idea of digital divide is a fallacy because, in the contrary, evidence shows that income gap is instead growing, Nederveen Pieterse, J. (2010). Also, new media has proven to be the main cause of growing inequality, not only in developing countries, but in Western countries as well because skill differentials and information technology and digital literacy have become a major part of this growing gap, according to Nederveen (2004: Ch. 5). It is also doubtful that the rapid changes and competitive drive in information technology field will decrease in the future, this is supported by research that suggest that the digital divide will never be bridged, Ya`u (2004: p. 24). According to Ya ́u, it will take 100 years for Africa to reach the 1995 level of Ireland. Therefore, Nederveen argues that techno-deterministic position of development that relies on narrowing the digital divide to reduce income inequality doesn ́t hold because it instead presents the problem as a solution.

Therefore, the idea that bridging digital divide is a solution to development can be contradictory because irrespective of how new media tools are assessable and are used for activism, the stumbling block is how many people can afford and are knowledgeable to use new media platforms to effect change.