Influence of new media on political changes in Africa 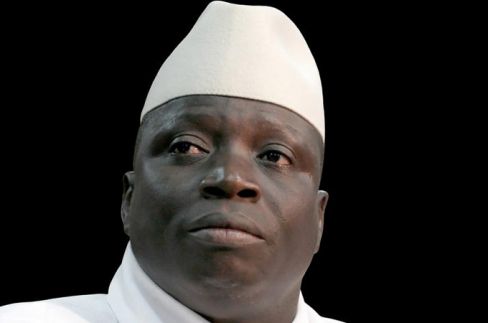 New media have made a quite big change in the world for the last few years from local grassroots to global international levels. It is used for social and political changes including regime changes through influencing electoral processes and people mobilization like the Arab Spring as wells as a “cause” for
particular situation such as “the save Darfur.” Thanks to the interconnection of electricity, cheaper access to internet and smartphones which have enabled the power to connect directly with friends, family members, and world citizens equally and has transformed the way relationships are formed and sustained and altered the very structure of our social fabric (Kevin Lewis, 2014).

While new media has crucial importance to various global changes, it has a great impact on political changes in Africa where elections are usually rigged, opposition oftentimes repressed, constitutions changed to fit the incumbent president’s needs, freedom of expression is restricted, citizens are suppressed, and human rights are violated. As of 2017 for example, ten incumbent African Presidents have been in office for longer than 18 years and, on occasions, use irregular tactics to remain in power (Nolle, 2016). From the Arab spring in the northern Africa, the importance of new media as a means of communication, basis of information as well as a political mechanism in Africa is extremely changing fast as more people have access to smartphones and internet which facilitates the use of the various types of social media including Facebook, twitter, WhatsApp and YouTube (Nolle, 2016). While Facebook is the most used website for mobilizing people around the world without geographical barriers, all types of media are equally important for political pressure as was seen in the Arab Spring, depending on who uses for what.Other practical examples of the power of new media are widely seen throughout Africa. In the last months of the year 2014,

“social media was used in Burkina Faso to prevent President Blaise Compaoré from changing the constitution, which would have allowed him to run for another term after 27 years in office.” (Nolle, 2016) and in the Gambia, the repercussions of the last elections are echoing in our ears.

These social and political change campaigns and movements were not simple work but the governments concerned tried to use every possible hard measure to suppress the voice of the people and opposition political parties. They tried to close every possible means of communication to the world.

In 2011, Egypt was the first country to be cut off from the Internet and social media for political reasons. In January 2015, telecommunications providers in the Democratic Republic of Congo (DRC) were requested by the government to not only discontinue the internet but also SMS services to prevent people protesting against President Joseph Kabila. Similarly, in neighboring Congo-Brazzaville (Republic of Congo), elections were held with a 48 hours’ blackout of internet, telephone and SMS services. In April 2015, protests arose in Burundi after President Pierre Nkurunziza announced that he would be running for a third term in office which was widely regarded as unconstitutional and to cover this move, social media was disconnected for several days in the country (Nolle, 2016).

In the last case in the Gambia during the presidential election, social media including Facebook and WhatsApp, played a crucial role in helping the opposition candidates and their supporters while the incumbent’s information and propaganda dominated during the campaign. For instance,

“ The Gambia Youth and Women’s Forum, a public Facebook group with 55,000 members, was very active leading up to the election. It regularly posted about and debated current issues, endorsing the opposition coalition and rallying voters. Over a dozen WhatsApp groups were created since April, when hundreds of people protested in the capital to call for political change and electoral reform. Many were arrested during the #GambiaRising campaign, and UDP secretary Solo Sandeng, along with two others, was killed in state custody.”

In response to this high volume of activity, unable to completely block WhatsApp, the government soon forced an entire Internet shutdown as well as incoming and outgoing international calls before voters went to the polls (Camara, 2016).

However hard the government tried to suppress, these active social movements were not futile but instead attracted the attention of the global civil society, human rights activists and national governments to intervene the situation. The director of the political think tank Vanguard Africa said “In addition to the internet, phone lines and electricity were being cut off in some areas of Gambia,” (Camara, 2016) the telecom infrastructure in Gambia was fully under control of the incumbent regime (Camara, 2016).

Reacting to suspension of the internet and other communications networks in Gambia during the presidential election, Amnesty International’s Deputy Regional Director for West and Central Africa said:

“This is an unjustified and crude attack on the right to freedom of expression in Gambia, with mobile internet services and text messaging cut off on polling day.” (Amnesty International, 2016).

This has cleared the fog from many people’s minds that did not believe that it would be possible to bring down one of Africa’s brutal dictators through civil means as great number of coup attempts failed before, however a unwavering population supported by social media has enabled a democratic change in the Gambia (Camara, 2016).

In short, new media is the ever largest mechanism of making substantial social and political changes to remove authoritarian regimes from power and to fight poverty and injustice throughout the world, involving global citizens without geographical boundaries.