#BeBoldForChange – to take action and inspire others 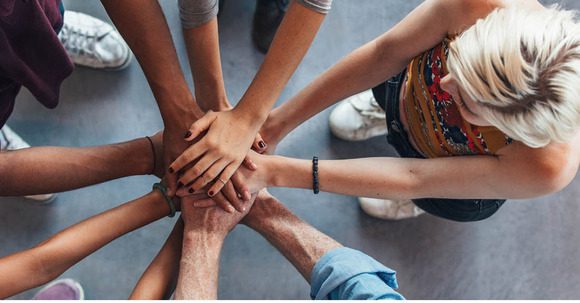 This week, people all over the world gathered in in the cyber world as well as in public spaces, for the International Women’s Day on the 8th of March, to celebrate the social, economic, cultural and political achievements of women. The theme of this year, #BeBoldForChange, aimed to encourage individuals and organizations to share what bold actions they have taken or are planning to take to help progress gender parity around the world. On the International Women’s Day webpage, the campaign wants people to “Social share your support with colleagues, friends and followers via one of these channels and encourage others to #BeBoldForChange and help accelerate gender parity within their own sphere of influence” (IWD 2017, 2017). The campaign has led to a diverse range of actions, from beauty campaigns (#BeBoldForChange! Check. 2017) to collections of stories about how women in agriculture can #BeBoldForChange (#BeBoldForChange – Gender Equity. 2017). When Michele Sileo, Partner & Chief Growth Officer at Eleven Inc. was asked how she was planning to be bold for change in 2017, she answered “We hope to inspire and activate others to ask the same question, share their pledges and take action,” (Eleven Celebrates, 2017). And this is what the theme is all about. Not only will this year’s theme raise awareness about gender parity but it also encourages to take (bold) actions and share them on social media to inspire others.

The goal with the International Women’s Day and their campaign is of course to make change, to point out gender discrimination and inequality. And the use of internet and social media in this campaign, the spread of the message and the encouragement for bold actions on social media has the potential to create a change in public discourse and perceptions. Lievrouw talks about the role media in the conversation of people’s shared ideas, identities and interest into collection action that aims to change prevailing social cultural (2011, p. 149). Because new media and social media movements are multimodal, diversified and pervasive, communication networks are able to include and enclose cultural diversity and a multiplicity of messages to a much greater extent than any other public space in history (Castells, 2009, p. 300). Social media movements with a feminist agenda can also give women in patriarchal settings a voice. In settings where women are silenced, the creation of this kind of online community can be liberating from boundaries set by face to face communication which pay attention to race, class, social status etc. (Mpofy, 2016, pp. 271-294). Social media campaigns like #BeBoldForChange can challenge the “mass” view of society with a more complex, dynamic view of society (Lievrouw, 2011, p. 151). The campaign allows the movement to be decentralized, loosely affiliated contingent network without imposing a single dominant agenda or program of action (Lievrouw, 2011, pp. 151 ff.). It can also become conduits for reconstructing a sense of togetherness and also to facilitate physical coming together in public space. And it needs to continue in the public space in order to influence the display of collective action. Gerbaudo argues that internet communication and social media in particular are important only as the means towards facilitating gatherings (Gerbaudo, 2012, pp. 159 f.).

Even though the hashtag #BeBoldForChange does not encourage a form of gathering for a public demonstration or protest, it does encourage actions in which people can feel a togetherness outside a ‘virtual reality’ or in a ‘cyberspace’. It connects actions in public spaces with virtual communities. And from these actions of individuals and organization, it further has potential to reach across the digital divide and engage with those (many) people excluded from the online movement (Gerbaudo, 2012, p. 162). Maybe this campaign alone won’t have a high degree of continuity, which can be a problem with new media movements, but the form of repeated campaigns and online encouragements to share and spread may have.

#BeBoldForChange! Check out this beauty Campaign Dedicated to Women in Celebration of International Women’s Day. (2017). Retrieved from: http://onobello.com/beboldforchange-check-out-this-beauty-campaign-dedicated-to-women-in-celebration-of-international-womens-day/)

Mpofu, S (2016).  Blogging, Feminism and the Politics of Participation: The Case of Her Zimbabwe. In Mutsavairo, B. (2016) Digital Activism in the Social Media Era. Northumbria University. United Kingdom. (pp. 271 – 294)

1 Response to #BeBoldForChange – to take action and inspire others