The Other Side of the Coin – Fake News and Scams 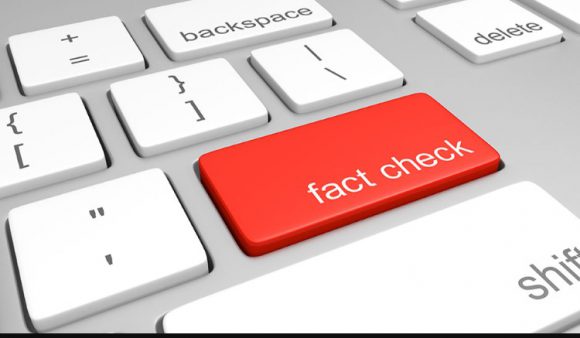 Donald Trump certainly managed to baffle Sweden on the 18th of February this year. The truth turned out to be that nothing really had happened the previous night and that it all came down to misinterpreted news about Swedish immigration policies from a questionable source, picked up by some random advisors and presented to Trump completely out of context. Last year’s American election campaigns clearly showed that the most uncertain quotes and non contextual news were picked up and twisted to suit its purpose and that sources and references are less important than a smashing headline. Groups on Facebook literally exploded with articles about the most random statements about both the candidates and the current state of America and the rest of the world.

The eternal question within development studies is what is to be considered development. Are all types of change development? Does development have to be connected to economic growth? Or is the prime purpose of development political? Is a negative development also considered development? I quite agree with the way Jan Nederveen Pieterse puts is it: What, under the circumstances, is the meaning of world development? Because of the combined changes of globalisation, informatisation and flexibilisation there is a new relevance to the notion that all societies are developing. This is not just an agreeable sounding cliché but a reality confirmed by transformations taking place everywhere, on macro as well as micro levels. The whole world is in transition. (2010:50). 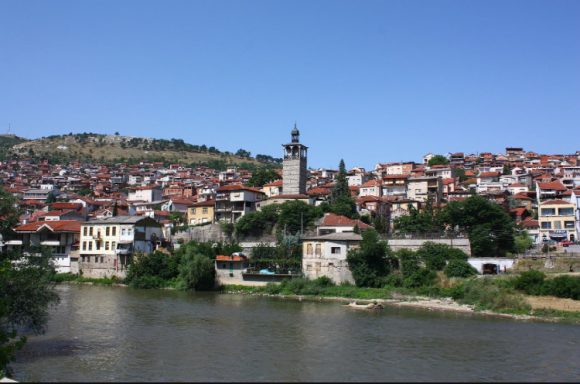 In a recent article, one of many on the topic, in the Swedish newspaper Dagens Nyheter journalist Måns Mosesson interviews a young Macedonian man, living in the small city Veles, who managed to pick up news about the problems a church in the south of Sweden is facing with homeless using the church, not only as a shelter, but as a toilet and dump. There were a lot of rumours going around in the area about who had been in the church and somehow some started blaming newly arrived immigrants. This was picked up by Swedish left wing news sites and subsequently, the Macedonian young man in Veles. In his hunt for click bait this was perfect – immigrants, probably Muslims, leaving faeces in a church – exactly what people out for sensational news wants to read and spread. The random article reached 12880 of the man’s American followers, 3324 clicked on it and of those 11% clicked on one of the ads. With American purchase power being one of the strongest in world, combined with the hunger for juicy articles about the US election, they are the prime target for fake news. Every American click is worth US$ 0.06, giving the man US$22 just from copying, pasting and posting one article. Not a lot of money, but if you’re an unemployed Macedonian youngster not an insignificant sum.  “It’s so simple”, the guy with a moustache says to Mosesson , smiling. “You don’t even have to bother about how the page looks. You just start posting stuff. Some who do this can hardly speak English, the only thing you need to know is how to cut and paste”.

Through internet Macedonians are important actors on the global fake news scene. Many of the fake news websites that popped up during the American election period can be traced back to Macedonia and especially Veles. By copying and pasting random articles from the internet and adding catchy headlines the articles are put up on fake news sites and spread mainly over Facebook to generate as many clicks as possible. The more traffic, the more adds, and that’s how the business is lucrative. As one young man interviewed by BBC puts it Teenagers in our city don’t care how Americans vote. They are only satisfied that they can make money and can buy expensive clothes and drinks.

Nigerian 419 scams are not a new concept. The term 419 comes from the Nigerian criminal code dealing with fraud. (Chawki 2009:2) They evolved in the 1980’s, starting out as letters sent via postal mail, often telling a story and asking for help to transfer a large sum of money trapped in the country because of government restrictions or taxes. To get the process started the scammer asked for information about the recipients bank account and for a sum to cover some of the transfer fees. The development and accessibility of ICT, information and telecommunication technologies have facilitated the scams and over the past years there has been a significant increase in illegal activities.  The traditional 419 letters still exist, but mainly in electronic form, but there has been an explosion in scammers using mainly dating sites to contact people. One of the anonymous scanners interviewed in Journal of Information, Law & Technology, by Dr Mohamed Chawki in his report on how Nigeria tackles advance free fraud says: Why do some very clever people do this instead of a legitimate job, which may pay just as much but without the risk of prison? It’s because I enjoy the power . The power of the burglar or the car thief or mugger in physical. The power of the con artist like me is mental.

In Problematic Empowerment: West Africa Internet Scams as Strategic Misrepresentation Jenna Burrell looks at how internet scammers work. She notes that The internet has certainly changed the way they can reach out to people. Internet fraud and scams are activities that raise some important new questions about the potential impact of improved connectivity on a global social order. A casual relationship between the capabilities of computing and networking technologies and certain beneficial socio-economic effects is frequently asserted in the documents produced by development institutions and in the political discourse of many national governments. (2008:15)  Burrell discovers that the scammers she is interviewing are well aware of the way the targeted countries are looking at Africa. Building up a relationship through a dating site and then asking for money seems like one of the most common scams . The avatar is usually a female, looking for love, but the person behind the screen typically male. By describing a life in poverty, building on prejudices about a war-torn, poverty stricken, chaotic continent where death is always present rather the scammers try to appeal to the recipient. (2008:21) One of the scammers interviewed by Burrell noted that his friend didn’t feel bad about scamming because ‘they say the white man is the biggest thief”  (2008:23) 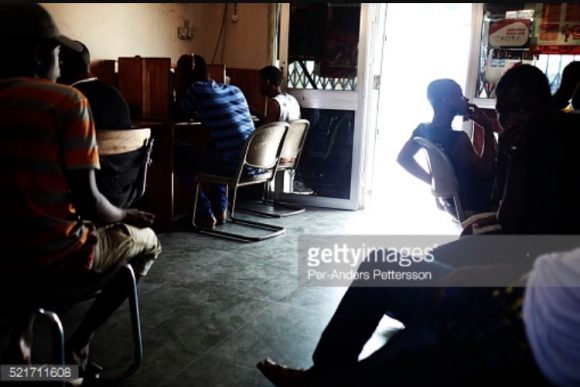 The internet is certainly shrinking the world and facilitating communication. Information is shared in the blink of an eye and the same way well referenced, thoroughly written articles are easily accessible for everyone, alternative facts are equally accessible. In an interconnected world the gaps between the rich and the poor, the privileged and the marginalised become more visible and the feeling of unjustly being born in the poorer parts of the world can grow stronger. The internet and communication technologies of today play strong parts in the currant development of the world, both in a positive and in a not so positive way. For the young distributers of fake news in Macedonia and for the scammers in West Africa the internet gives opportunities to make money in if not illegal, at least dubious ways. The whole world is in constant transition and while there are endless new possibilities maybe the internet in some ways also actually contributes to a larger gap in the world?

Mosesson, Måns. 18/2/2017. From this basement came a piece of fake news about who had desecrated a church in Sweden. Dagens Nyheter.

This entry was posted in Elections and tagged 419 scams, Fake news, Macedonia, Veles. Bookmark the permalink.