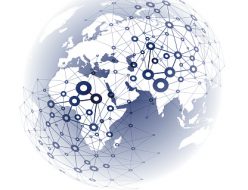 My attention in this post is focused on emphasizing the need for reliability of the information presented to us, majorly informed of statistics by the media. This is because lately the public trust has been abused by unethical and unreliable media reporting. With this focus it is considered that statistics are meant to provide stable reference points to provide an objective judgment but this has not been the case lately, rather they provide misleading false information.

Let’s consider for example the case of the distrust caused by the media in US during and in the run up to January’s presidential elections. Due to this distrust in the media, 69% of the Trump supporters had no trust in the information released during the campaign by the federal government because they believed that this information was biased; click here for more information.

This didn’t only happen in US but also in UK where a research undertaken recently shows that 55% of the UK population no longer has any trust in statistics. The population believes that the government is hiding the truth regarding the number of immigrants in the country; click here for more information. Immigration is a sensitive issue which shouldn’t be politicized; statistics are often used to refer to a negative effect the large pool of illegal immigrants would have on the country’s Gross Domestic Product (‘GDP’) which would in turn affect the common people.

As observed from the two examples above the media have lost in gaining the public trust through their invalid statistical presentations. Political bias from governments are influencing what media report at the expense of people, and hence many of us believe that trusting the media is now undemocratic. The question is: can we trust the media reporting any longer?

Though the cases presented above, I know some of us may be having a different perspective on the matter. To some, statistics do not lie and what is reported by the media isn’t biased. This can be based on the analysis of the integral role played by the statistics in understanding national progress (Shirky, 2011). Such have been essential in economic planning (e.g. census data), hence providing a solution not only to the politicians but also to the public. In this view, the need to trust the media reports is crucial.

Despite taking the above view into account, we may analyze that politicians have been biased in ensuring doctoring of the results obtained from statistics, so the media can report on only the areas of their interest. This has created a lot of negative effects to the public, leading to social activism as people seek for an avenue where they can have their grievances addressed (Tufte, 2014). As seen from the use of tweets in politics, many political leaders engage in social media platforms to gain political popularity for the sake of their own interest but not to address the societal needs (Bourdieu, 2010). Further such political influence in the presentation of statistics has led to have various collected data which are not relayed to the public. Besides, necessary steps are not taken to ensure that public time and resources are not misused such as subjecting statistics to research as it is done with data collected by Facebook.

Though social media has contributed to a great extent in the moral and ethical decadence of the society, some of the positive impacts we see nowadays in global governance are due to the great influence of social media platforms such as Twitter and Facebook (Entmann, 2008). Such as was the case of the former president Obama who had a large number of Twitter followers (around 7 million). Through his tweets, he was able to involve the public in policy formulation, hence providing effective governance. Due to the public regard for Twitter, the political tweets have been found to be very influential; hence Twitter is now the main platform through which the political leaders interact with their followers. If properly used, social platforms provide the best channels where the leaders can interact with the followers (Young, 2014).