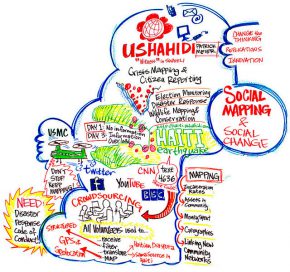 The short video also sheds light on the Standby Volunteer Task Force (SBTF), a global networks of volunteers trained and skilled on live crisis mapping operations. It seems that volunteers are becoming more and more in demand for undertaking data management in the humanitarian field. Last week, for example, the Humanitarian Data Exchange (HDX) Platform of UNOCHA published a tweet to encourage volunteers to join and improve the platform.

In digital crisis mapping, volunteers can be used to perform various tasks, from collecting and mapping location of important infrastructures to tagging or geo-tagging content relayed by social media and satellite imagery within microtasking platforms (Meier, 2015). As highlighted in the TED talk shared above, even if they are willing to help, volunteers need at least minimal training to map crisis. At a professional level, information managers working in emergency settings have generally developed specific skills concerning mapping, and use Geographic Information Systems (GIS). These systems are more and more used in the humanitarian sector.

To conclude this series of posts, I would like to share a home-made map on the recent situation of migrant and refugee camps in Greece. This map was created with data collected on websites whose contributors are mainly volunteers. It shows the distribution of camps among the various regions in Greece, as well as their reception capacity and actual number of people living within them (as for February 2017). 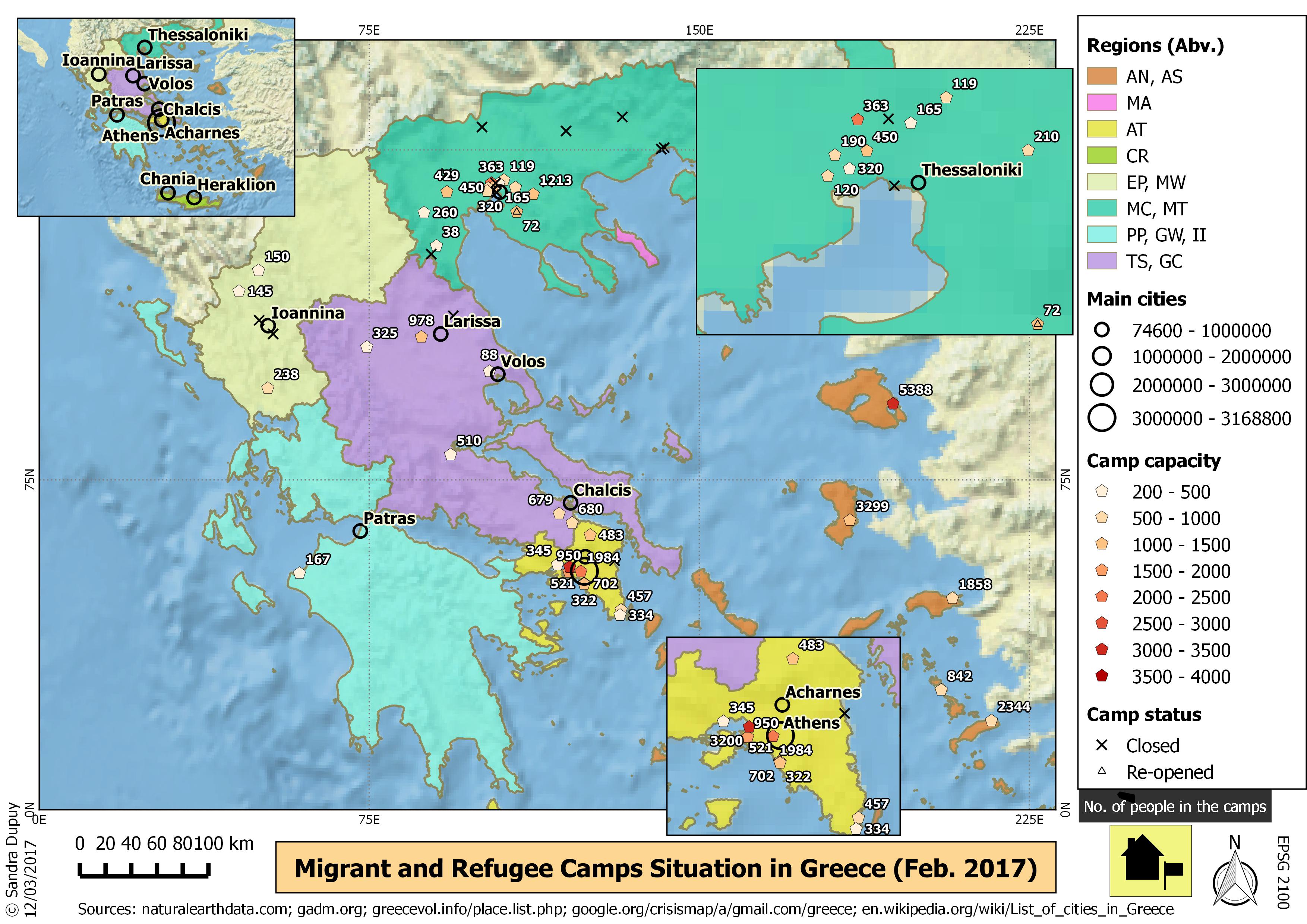 Interestingly, the theme of the 2017 International Data Responsibility Group conference that took place on March 3 in the Hague was “the potential risks of collecting and processing digital data in the European Refugee Crisis”.

Sparked by the coincidence of multiple man-made and natural disasters since early 2014, over 1.5 million refugees have attempted to cross the Mediterranean from Northern Africa into Europe. With many more attempting other routes as well, it is fair to say that the European continent is facing a true Refugee Crisis. Given the scale of this phenomenon, but also its high complexity and rapid evolution, it is understandable that governments and international organisations are keen to find new ways to deal with this level of migration. Untapped data sources in the form of satellite imagery, social media can contribute to more reliable, and faster monitoring of refugee flows for operational and policy purposes. However, the risks involved in accessing these new sources of information are still generally poorly understood.

At the time that I write, the report of the conference is not yet available on the website but it will be interesting to have a look at it when it is digitally published.