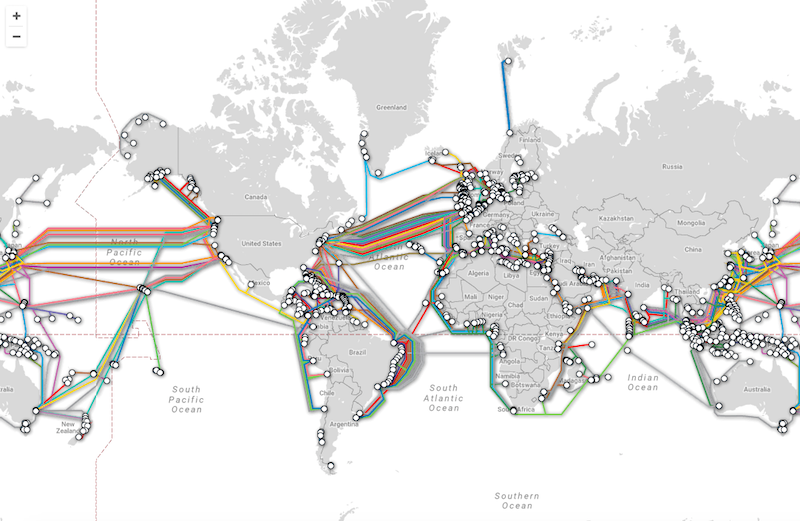 Once upon a time, diplomats travelled by horse to hand over handwritten messages of peace. Or threats of war. Sometimes, once they arrived, war was already a fact. Today, the president of the United States uses Twitter to spread messages about destroying another country, and the other country’s response quickly gets viral.

‘My God, this is the end of diplomacy!’ called out Lord Palmerston, British Prime Minister, when he received the first telegraph message in the 1850s. Since then, practically all major inventions in Information and Communication Technologies (ICTs) have given raise to predictions of major change in human relations. But what’s in it for diplomacy? In which ways are digital media and data affecting diplomatic practices?

Diplomacy might have ended as Lord Palmerston knew it, but it definitively didn’t end. In the paper The impact of New Media on Diplomatic practice: An Evolutionary Model of Change, Dr. Cristina Archetti, now Professor in Political Communication and Journalism at the University of Oslo, shares her findings on how diplomats in the late Lord’s own capital London use new media, mainly websites and social media networks.

“the less a country receives attention in mainstream news media, the more that country’s diplomats will turn to new media sources”

Archetti’s main finding is that in general, the less a country is perceived as politically interesting and the less it receives attention in mainstream news media – be it digital, electronic or traditional print, TV or radio – the more that country’s diplomats will turn to new media sources to draw attention to themes of its interest. Archetti refers to this as an evolutionary model of change, where the less fit or attractive by the media’s standards become more innovative in their struggle for mediatic survival.

Interestingly for me as I work at the embassy of Sweden in Rome, Sweden is among the countries studied and happens to be the one found to make the most use of alternative communication channels, while also being the one (after Malta) to receive less attention in news media.

The conclusions might be somewhat stretched considered the limited scope of the study and the lack of attention to other factors that could affect the diplomatic missions’ media usage. Still, it raises some interesting points for reflection and comparison.

Back in 2011 when the paper was published there was no dedicated press or communication officer in the Swedish embassy in London, and the main digital outreach channel was the embassy’s own website, according to Archetti. Today there is a press officer and two cultural officers, and the embassy is on Twitter, Facebook and Instagram. In Rome there are two such positions and we post on Twitter and Facebook on a daily basis. Staff use smartphones to communicate on the go.

Yet the impact of digital media and data on diplomacy goes far beyond facilitating public diplomacy and increasing the options for promoting one’s country and its values to a foreign audience. For a start, being connected with fellow diplomats on social media, on portable devices help ‘de-formalize’ relations and facilitate exchange of non-sensitive information. In addition, using web-based platforms to comment on policy documents within multilateral development cooperation increases the speed of interaction, and saves travel emissions.

But changes might actually be far more far-reaching, moving beyond shape and speed into the actual substance of diplomacy and development.

In a recent blog article, Jovan Kurbalija explores how the surge in data usage and infrastructure are transforming the environment, topics and tools of diplomacy. Kurbalija compares the international flows of data to those of oil when showing how the cross-continental cables for internet traffic are re-shaping the playing field of diplomatic geopolitical and geoeconomic deliberations. Harming these cables could threaten vital societal functions and security, and would most probably be considered an act of international aggression that could have serious consequences for diplomatic relations.

The digital era also introduces new negotiation topics on the diplomatic agenda such as privacy rights and data protection, e-commerce and trade. Apart from the speed with which they develop, the multidisciplinary nature of these topics posts challenges to diplomats, who must often seek and balance advice from experts in areas ranging from economy and security, to technology, law, and human rights.

Of course, data in the meaning of bits of information is nothing new to diplomacy. It’s the new forms of data brought about by digital technology, including web-data, satellite data and crowd-sourced data, that provide challenges and opportunities for diplomatic practices. We have seen how social media and digital platforms facilitate diplomatic exchange. New methods for data collection, analysis and sharing also have great potential for making diplomatic activities, including aid cooperation, more effective, inclusive and transparent. Look out for an upcoming post on this topic!