Home Our journey into C4D Thank you, Mary 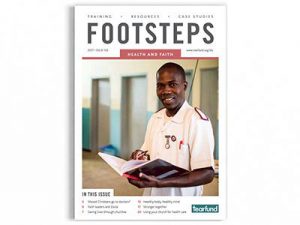 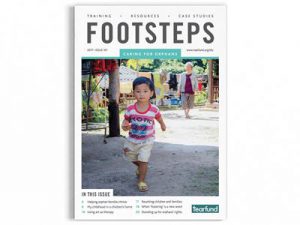 For years, colleagues and I had been plugging away producing a magazine aimed at health and development workers across the world. We thought Footsteps was pretty good and the feedback we got from our readers was encouraging. People in places as diverse as Western Papua and rural DRC were reading our content, being inspired and informed and, most importantly, making changes in their own communities.

After being in the job for a couple of years, I grew curious. ‘There must be others doing similar work’ I thought, ‘but where are they?’ I work for Tearfund, a UK-based NGO so I began my search locally here in London. I went to visit one of the largest NGOs in the country to see if I could find some peers…

Did they use communications for anything else? Yes they did. They wrote reports. About important issues. Mostly for the powerful people they wanted to influence. And they did it well.

It’s not that my organisation didn’t fundraise or advocate. It did and it does. But what my particular team were doing was different. We were writing about development for people actually doing community development work in their own contexts. We aimed our communication at a grassroots level and translated our content into as many languages as we could. And we were working with authors, in countries from Uganda to Peru, to get their ideas in print (and read!) in 125 countries. Our communications were aiming at something else.

I kept on finding myself trying to explain what I did at parties and failing miserably. ‘I work at a charity,’ I would say, ‘in communications’. ‘’Oh, I work in marketing too’, the person might respond and I’d try to explain that my work wasn’t about marketing, more education, except it wasn’t all ‘us’ educating ‘them’… And then when confusion ensued, we’d move on.

One day I was trying to explain this problem to a friend, Mary. And then it happened. She went to her bookshelf and handed me the answer. ‘Communications for Another Development’ by Quarry and Ramirez was a revelation. I felt like I had come home.

It turned out I had been doing something which had a name! And that name was Communication for Development, C4D or ComDev. Quarry and Ramimrez introduced me to Fraser and Restrepo-Estrada’s 1998 definition of the field:

This was communication for a purpose that I could get behind and give my working life to. It’s not that I don’t think fundraising has value. It pays my salary and, in the best case, also enables those giving to be changed in the process of engaging with people in real need. It’s not that influencing the powerful isn’t important. I have seen laws changed through the tireless lobbying of my colleagues.

But for me, those stories of communication producing social change in Western Papua or DRC make me want to go to work. They start with someone sharing an idea with those they live alongside and then, little by little, the world around them begins to shift.

And with this, their own sense of participation shifts as well. They aren’t having development done to them. They have a voice. They are becoming confident agents of their own change.

Communication for Another Development:listening before telling by Quarry and Ramirez, Zed Books, 2009

As Quarry and Ramirez say ‘Each practitioner we know has a similar story: each has entered through a different door’. What’s your story? Share it in the comments section below.