Football nowadays seems to have taken a debatable and obscure path. On one hand, football teams have grown in power and recognition while (some) footballers have reached unprecedented heights of fame as they identified and compared to gods, while they are also paid as such. On the other hand, a top-level transfer of a footballer from a team to another costs around 40 million Euro, while the record transfer of Neymar from Barcelona to PSG cost the astonishing amount of 220 million Euro. In other words, the latter amount is equivalent to the operating costs of a large city for a year and a half and considerably larger than the budget of a mid-sized NGO for a decade.

In other words, the latter amount is equivalent to the operating costs of a large city for a year and a half and considerably larger than the budget of a mid-sized NGO for a decade.

Some will say that football is actually an ‘industry’, football teams are businesses with losses and profits, and footballers are just ‘fancy employees’. While all these might be true, another might also ask: “..but, what is back for the community?”, where this community can be the local, the global, or even the football one.

Footballers have achieved stardom inside and outside the pitch. The likes of Messi or Ronaldo are known (almost) everywhere. They are role-models. They have a saying. Do they act on it though? Do they place a cause above fame and money?

Is there a place in football for social change and development?

There are plenty of examples of footballers running their own charity foundation or tactically travel onsite to greet people and take some photos Jolie-esque photos. In all these cases their motives are debatable, if not openly questioned, as they are with all celebrity-humanitarians. Some do it to promote their own interest or the interest of their organization, while others to promote awareness around their own experience (illness, traumatic incident, etc.). Most of them, they do it for taxation reasons. 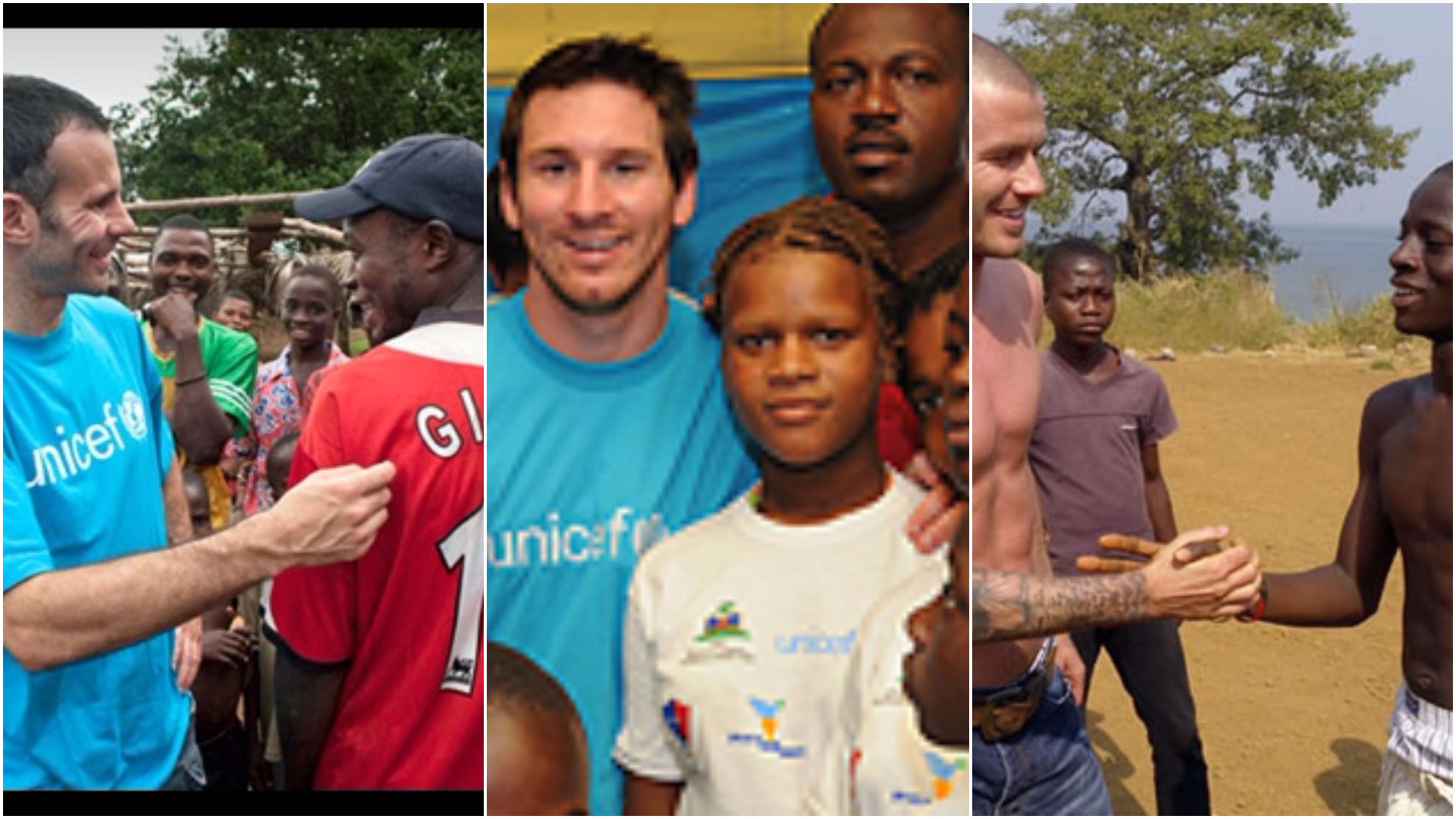 Juan Mata seems to do it differently

Juan Mata is a Spanish football-player that plays for the English club Manchester United. Seems that he is not a typical footballer. Juan loves art, good food and travelling. He also loves a bit of social change, and he talks about it. In addition, he blogs and tweets about it, a long time now.

An amazing project starts today. Please take a moment to check it out. ⚽❤🌏#CommonGoalhttps://t.co/UJbedfXnpW

Common Goal’s vision is simple: footballers to pledge 1% of their salaries to a collective fund that supports grassroots football charities globally. That way they help thousands of marginalised kids and young footballers to reach their potential and play football professionally. Mata explains:

“Common Goal goes beyond individual brands and egos to deliver a greater impact. By making the pledge, we can form a lasting connection between football as a business and football as a tool for social change”.

Mata discusses his participation to Common Goal regularly in the social media. He exploits his fame and his social media visibility to reach and influence a potentially wider audience.

He also uses social media to publicly address his fellow elite footballers to challenge them to pledge. Therefore, he invites them to a public stage of social responsibility, a stage where everything is transparent and your (absence of) action is known.

In this stage of public debate, besides footballers, Mata invites some millions of his followers and readers, and some powerful friends and allies, like Manchester United and Manchester United Foundation. Consequently, the message spreads throughout the internet and its imagery reaches a wider audience and makes the case even stronger.

Juan Mata acknowledges how football changed his life and he pledges so others can have the opportunity to reach their potential. After all, “it takes more than Juan to win. Football is a team game. So is social change”.